When Water Street Brewery opened at 1101 N. Water St. in 1987, the idea of a tavern that made its own beer was so new to the city that a newspaper headline put the phrase "brew pub" in quotation marks.

’Tis Dining Month, the tastiest time of year! This means we’re dishing up fun and fascinating food content throughout October. Dig in, Milwaukee!

In honor of Dining Month, we're resharing this story of a classic Milwaukee restaurant. Enjoy!

(NOTE: The Downtown Water Street Brewery remains closed to the public during the pandemic, but it is undergoing renovation and is expected to reopen in the coming months. All suburban locations are open.)

When Water Street Brewery opened at 1101 N. Water St. in 1987, the idea of a tavern that made its own beer was so new to the city that a newspaper headline put the phrase "brew pub" in quotation marks.

R.C. and Rick Schmidt flung open the doors to Water Street Brewery on Nov. 7, 1987 and this week, the long-lived pioneering brewpub – which has grown to four locations, including in Delafield, Grafton and Oak Creek – celebrated its 30th birthday. 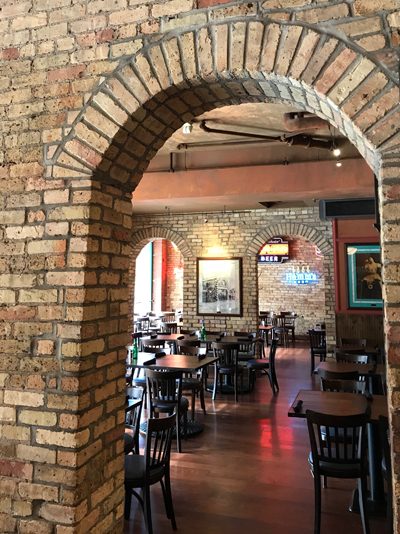 Brewmaster George Bluvas III – who has been at the brewery since 1993 – is bringing back one of Water Street's first beers, Sporten European Lager, and introducing a new limited release New England IPA, called Boston Fog.

Both will be available at all four locations until the small batches run out.

They – and all pints – will sell at a throwback price of $2 on Saturday, Nov. 11, during birthday events that will include giveaways and raffles, too.

"The reason we picked the Sporten European Lager and the Boston Fog is it is sort of a microcosm of what we want to do," says Director of Operations, and R.C.’s son, Matt Schmidt, "respect the past and stay current."

"Everybody is just starting to do them now," says Bluvas of the Boston Fog. "They’re really fruity IPAs rather than the West Coast ones with the pine. These are still really bitter but they taste like fresh fruit. It’s one of these emerging styles."

As part of the celebrations, Water Street Brewery is also introducing 64-ounce stainless steel mini-keg growlers that go on sale at the anniversary events. 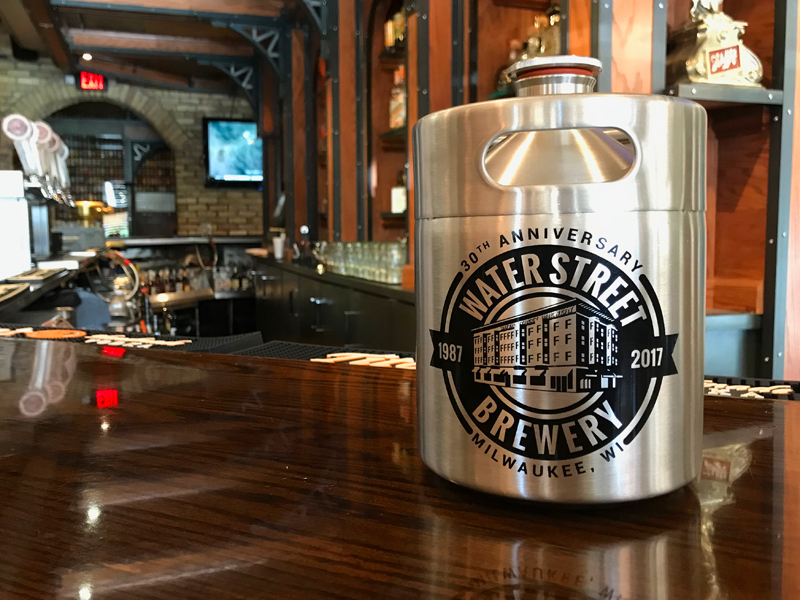 Though the first floor of this corner building, designed by Ferry & Clas with three floors of flats above, housed a wholesale florist for the 20 years before Water Street Brewery opened, the place – erected in 1889 – has a tavern history. 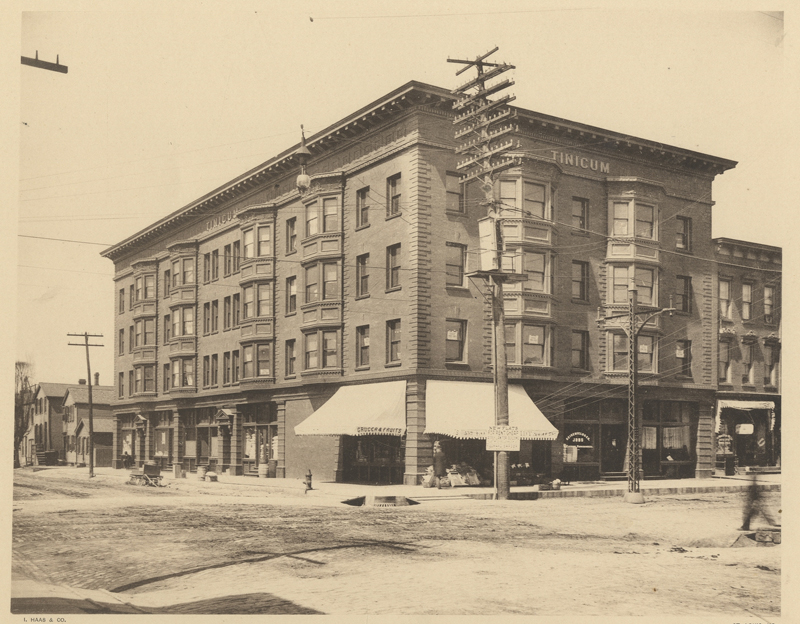 An image of the Tinicum building from "A Book of the Office Work of Geo. B. Ferry and Alfred C. Clas Architects," 1895.
(PHOTO: Courtesy Milwaukee County Historical Society)

The year it opened, a B. Franz secured a liquor license to run a pub there. In the high profile corner retail space, there was a grocery store. Soon after, a pawn shop opened on the first floor, too, advertising that it was the place for you, "if you want to get a loan on the quiet on diamonds, watches and jewelry..."

At the turn of the century, the grocery store was operated by a C. F. Kohler.

But it seems that there was always a tavern at 589 East Water Street – the building’s address back then – and in 1907 it was licensed to a Mary Zwick, and that earned the notice of the Common Council’s licensing committee, which was cracking down on women with tavern licenses. 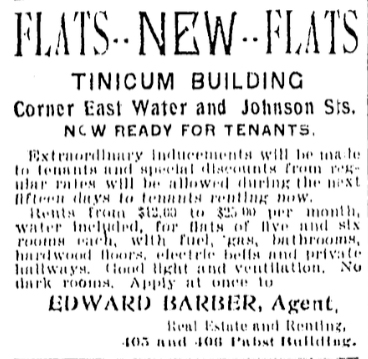 "Six women were denied saloon licenses by the council licenses committee this forenoon because they are married," reported the Milwaukee Journal on July 22. "Licenses were granted to a number of women whose husbands are not earning enough to support them, or whose husbands are sick or too old to work.

"‘We are making ourselves perfectly ridiculous in this matter,’ said Ald. Yunker, who opposed the action of the committee. ‘What business is it of ours if a man takes out a saloon license in his wife’s name so that he may not be barred from membership of a fraternal insurance order? That is the business of the lodge to investigate and act upon. A woman has as much right to be in business as a man, and whether she is married or not makes no difference.’"

One alderman, "made a charge against the saloon conducted by Mary Zwick, 539 East Water Street. No action was taken and Chairman Stoetzer said he would make a personal investigation."

It appears Zwick lost her license because the following year, the place was called the Nonpareil and its owners, Reddington & Garrigan, also lost their license despite appeals, as part of an effort by the city to clean up the red light district of the lower Seventh Ward, which included Water Street and the nearby – and notorious – River Street (now called Edison).

The Tinicum apartments upstairs appear to have opened a tad later. Ads began to appear in the real estate section of local newspapers in January 1895, boasting that the "new flats are ready for tenants. 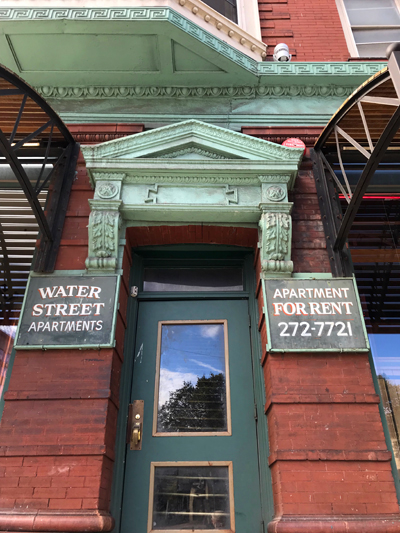 "Extraordinary inducements will be make to tenants and special discounts from regular rates will be allowed during the next 15 days to tenants renting now."

Apartments ranged from $12 to $25 a month including water, "with fuel, gas, bathrooms, hardwood floors, electric bells and private hallways. Good light and ventilation. No dark rooms."

In 1922 – with Prohibition in full effect – Milwaukeeans needed other forms of entertainment, which is likely what led them, and certainly drew a pair of MPD detectives, to the Tinicum apartment of Miss Mabel Stanley, who was carted off to the Central Station with two other women and two men.

"Mabel is charged with being the proprietress of a disorderly house and the others with being inmates," the afternoon paper reported.

Downstairs, the taverns were gone and a carpet and draperies shop operated. But Prohibition must have been difficult for the Tinicum's landlords, because by 1933, they were offering the retail space for "rent at your own price."

After the repeal, a liquor distributor opened and a series of similar businesses operated there, including that florist until Water Street Brewery opened.

Turns out that new idea was a perfect fit for an area of Milwaukee that could use a boost.

"In 1987, Downtown was struggling," says Schmidt, "but having the Bradley Center open in 1988, and the Performing Arts Center ... that was one of the reasons we wanted to be down here in 1987. We figured we’d get some people in before a show. There was nowhere to go to get a bite to eat and a beer or a glass of wine before a show."

Since then, Water Street Brewery has brewed 84,348 half barrels of 90 styles of beer, winning 22 medals at national competitions.

"I think what’s really cool is that we’ve also been able to showcase some of the building’s nice features, like the cream city brick," says Schmidt. 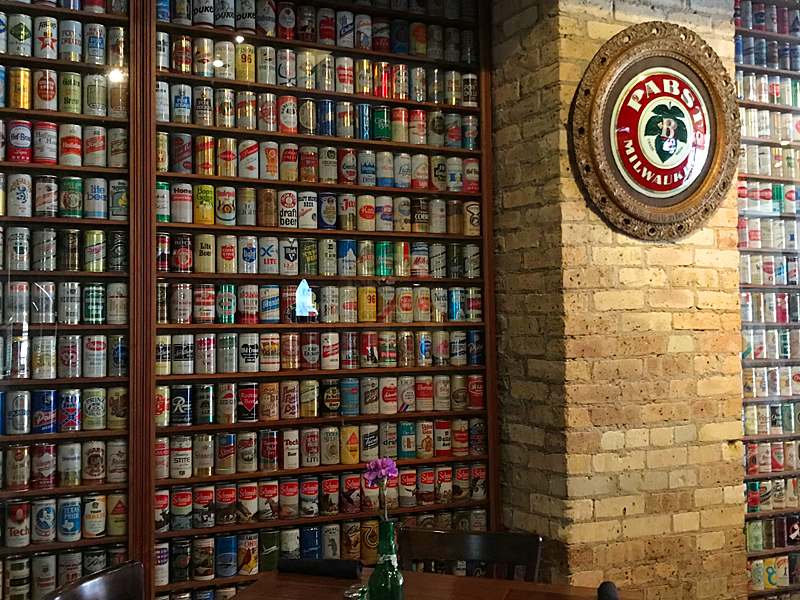 The four Water Street Brewery locations are packed full of beer memorabilia of all kinds, from cans to bottle caps to tap handles to lithographs and old photographs, server trays and signs.

Lawler says that while the company has amassed enough memorabilia to stock another location, there are no plans on tap for a fifth brewery at the moment.

"Some of it is one of a kind," Schmidt says.

Three decades of a pioneer

While brewpubs have exploded across the country and in Milwaukee – Lawler says there are nearly 2,000 – Water Street Brewery has endured.

"One of the reasons we’ve been around so long is we’ve been able to stay current and fresh," says Schmidt. "Our brand new brew system is state of the art, there’s nothing better. And, we just did another round of menu changes. Constantly updating both the beer and food has kept us current." 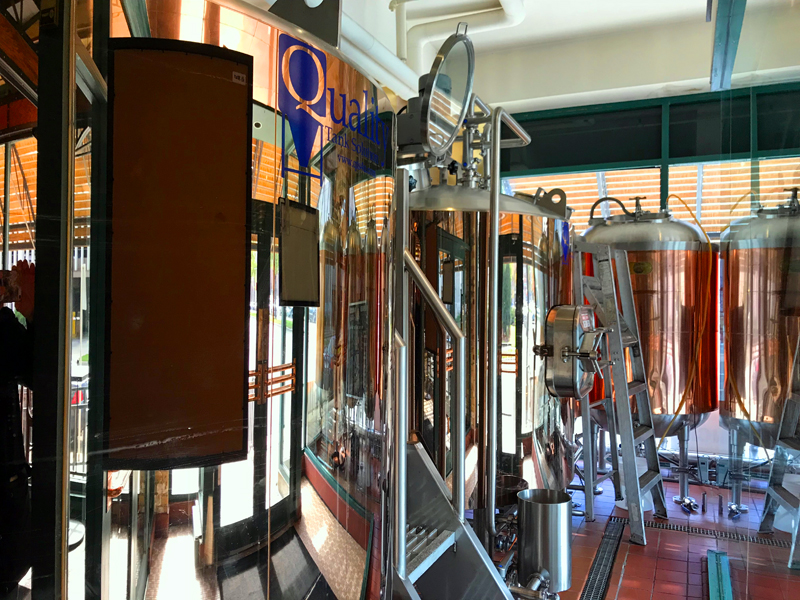 Bluvas adds that beer drinkers’ tastes have also changed and grown over the past three decades. While in the past it might have been a challenge to get customers to try new things, Bluvas says that now, "it’s swung so differently, getting people to taste different things (is a lot easier).

"When we started nobody knew about Bourbon barrel aging and sours and stuff like that. We were just trying to produce something that was a little different than the Budweisers and the Millers. We were doing an amber, a weiss beer and a sporten European lager.

"We were able to get a lot of people in with those beers and now we’re trying to stay on the cutting edge. It’s a lot of (trying) experimental and small batch things and seeing if customers like them."