When it comes to insanely creative cocktails, Dock18 Cocktail Lab inside Twisted Path Distillery is pretty high on my list of favorites. Their monthly cocktail menus are inventive and well executed, and they've got a crew of some of the friendliest bartenders in the city.

The sun is shining and our great Milwaukee summer has begun. That means there’s plenty of daylight for chillin’ on the patio and enjoying happy hours with friends. This year, we invite you to read along as we get to know our city even better using the 2017 Thirsty Passport, a pocket-sized field guide contains over 30 two-for-one drink offers (including cocktails, beer and wine) from some of the city's best bars, restaurants, breweries, and distilleries.

When it comes to insanely creative cocktails, Dock18 Cocktail Lab inside Twisted Path Distillery is pretty high on my list of favorites. Their monthly cocktail menus are inventive and well executed, and they’ve got a crew of some of the friendliest bartenders in the city.

There’s also a little mystique about the space, which is tucked away at the end of a series of docks at the Lincoln Warehouse (cleverly, the door is at pretty much the exact location where loading dock 18 would be). Just an FYI: The door is locked, so you’ll need to press the button on the Twisted Path intercom so they can buzz you in. See? It’s a little like a speakeasy that way.

Inside, you’ll find cozy digs with bar and table seating for about 20. There’s music playing (often vinyl), and if you bring in your favorite record – and ask nicely – they’ll usually play it for you. I love sitting at the bar, where you can take part in the theatre behind the bar (from reverse mime shakes to strategic garnishing).

In the case of the Thirsty Passport, the two-for-one deal on classic cocktails becomes an even better deal on Thursdays when Dock18 hosts a weekly happy hour from 5 to 7 p.m., offering fun riffs on classic cocktails for just $7 (you can also add a side of pretzels for $2). And since well-made craft cocktails tend to be on the pricier side at venues throughout the city, a $7 quaff is a pretty good deal on its own.

I drank a gimlet made with Twisted Path gin, lime and Bittercube orange bitters. It was as light and refreshing as it sounds – and, best of all, I got to enjoy two of them for a mere $7.

Other options include the old fashioned (dark rum, not brandy), daiquiri, collins and sour. And, if past experience holds true, you can’t really go wrong with any of them. 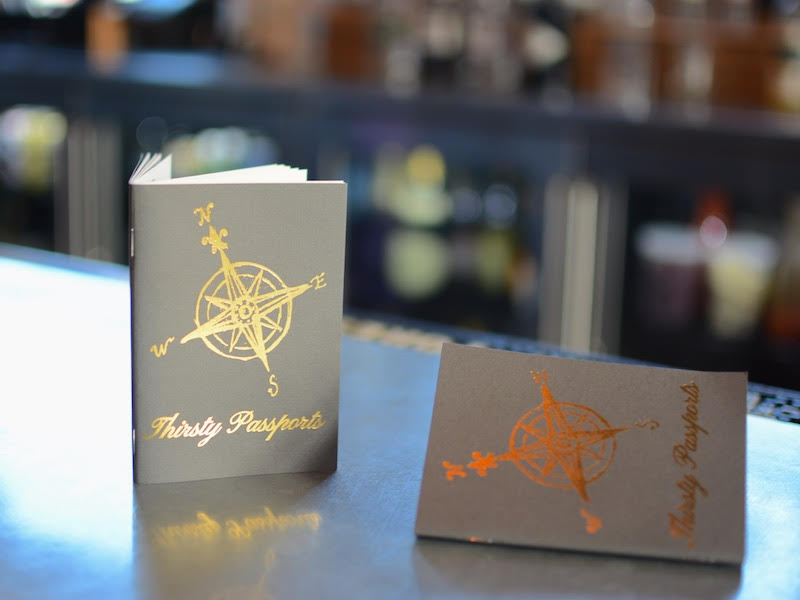 Thirsty Passports are available for $30 each (that’s less than $1 per venue) and are good through Nov. 30, 2017. Get yours here. Tip your bartenders and remember the new Milwaukee toast: 414 let's have one more!