For one night only, a Brewers minor league team will become the Wisconsin Brats

Any good Milwaukee Brewers fan is used to seeing racing sausages take the field at Miller Park, but a fellow Wisconsin ball club is taking the concept of competitive meats to a whole new level.

Any good Milwaukee Brewers fan is used to seeing racing sausages take the field at Miller Park, but a fellow Wisconsin ball club is taking the concept of competitive meats to a whole new level.

For one game only – Saturday, June 9 – the Wisconsin Timber Rattlers, the Appleton-based Single-A minor league affiliate for the Brewers, will change its name and become the Wisconsin Brats, complete with a wiener-rific new logo, a new brat-bedecked hat and new sausage-inspired uniforms.

No, the uniforms aren't sausage casings; that would just be ridiculous. Instead, they're wearing unis that look like German lederhosen. 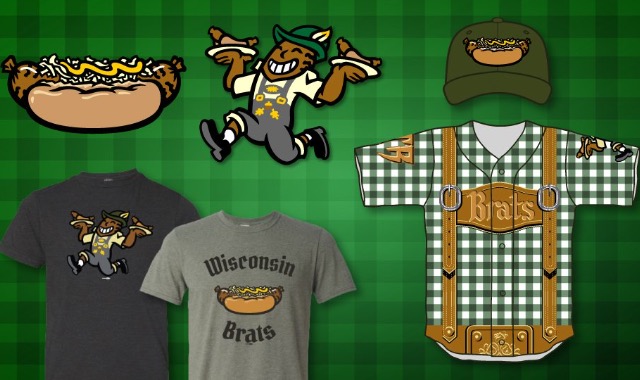 Yes, the players and coaches will actually be wearing those uniforms – apparently inspired by the team's special Bratoberfest celebration, which will also feature a polka band performing outside the stadium before the game as well as a special giveaway for the first 1,000 fans. Oh, and also post-game fireworks, but that's more of a typical minor league baseball thing and less of a sausage celebration thing.

There is some method to this meat madness. For one, some of the jerseys worn during the evening's game will be donated to an online charity auction with the proceeds going toward the Wisconsin Timber Rattlers Charity Fund. So at least some of this bad fashion will go toward a good cause.

Secondly, the Timber Rattlers are far from the only minor league baseball team going goofy. The Triple-A Fresno Grizzlies first tried out being food for a day back in 2015 when they turned into the Fresno Tacos, with many other minor league squads hopping on board with their own regional culinary specialties. Just this past week, two more teams announced kooky rebrandings: the Connecticut Tigers, who will morph into the New England Lobster Rolls, and the Buffalo Bisons, who will become – you guessed it – the Buffalo Wings.

Get your wet naps ready...

And all of that's not even including minor league baseball teams that have gone bonkers not just for a gimmick, but for their actual everyday look. Take, for instance, the Binghamton Rumble Ponies. Or the Montgomery Biscuits. Or the Jacksonville Jumbo Shrimp. Or the New Orleans Baby Cakes. 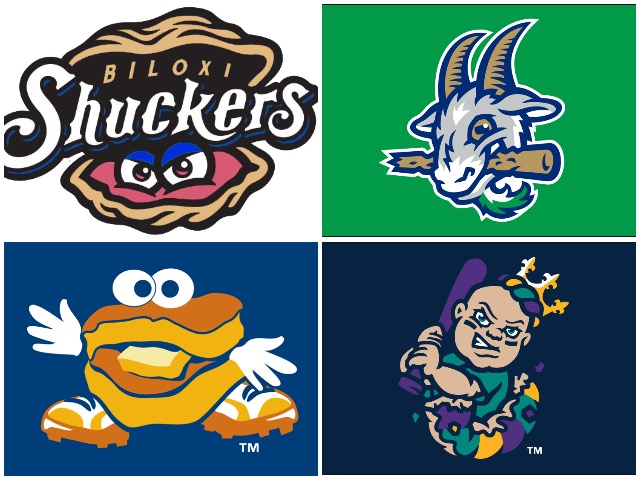 Believe it or not, all of these teams are real.

At least the big grinning brat logo and the lederhosen uniforms are just for one day – but one day you certainly wouldn't want to miss. Tickets for the 6:35 p.m. are on sale at the Timber Rattlers' website, so swipe up some seats and watch some future big leaguers play in some awfully embarrassing outfits. OK, maybe they're not the worst in baseball history, but they're certainly the wurst.