OnMilwaukee recently caught up with Nora Graveline - who has worked at the Walker's Point corner bar since the spring - to talk music, getting hit on and how no one should ever order an Old Fashioned from her at Sabbatic.

A mutual friend once described Nora Graveline as an "old soul." Indeed, there is something familiar about this lovely 24-year-old and speaking with her is both comforting and compelling. Her clear, luminous eyes express an inclusive intelligence and her ability to serve as both listener and storyteller is one of the reasons she is a treasured Milwaukee bartender.

Currently, Graveline is in between Big Life Decisions. She completed two-thirds of a degree in political science at Roosevelt University and the University of Wisconsin-Milwaukee, but realized that it wasn’t her jam, and so ... cue the theme song from "Friends." We’ve all been there.

Graveline, who is a Wauwatosa native and graduate of Wauwatosa East High School, works three shifts a week at Sabbatic, 700 S. 2nd St., and also DJs there several times a week.

"There’s a Hold Steady lyric that 100 percent applies to being in any sort of service role," says Graveline. "Everyone’s a critic and most people are DJs." 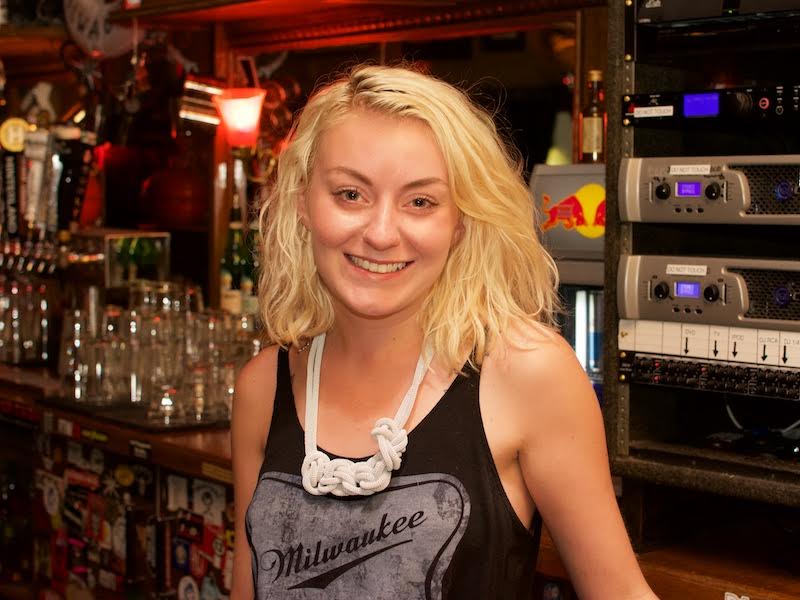 OnMilwaukee: Where have you worked before Sabbatic?

Nora Graveline: My first bartending experience started four years ago at Sanford. That’s where I learned how to make cocktails. I also worked in the kitchen and would expo all the food. Technically, I am still employed there and will pick up shifts if someone is out of town. I’ve also worked at La Merenda, Zad’s – I hesitate to mention Zad’s, but I have to mention Zad’s – and Swinging Door. I started working at Sabbatic in April.

How’s it going so far?

This is my favorite bartending job I’ve ever had. I never expected to work here. It happened through mutual friends and one night I found myself with (Sabbatic co-owner) Sam (Berman) at Tin Widow on what almost felt like a weird blind date and he hired me. I work Tuesday happy hour, Thursdays from 9 to close and Friday happy hour.

Here we don’t really do the craft cocktail thing, but I did get pretty good at making Old Fashioneds when I worked at Sanford. It’s a good thing to know, being the Wisconsin cocktail staple that they are, but they don’t come into play here. And Sabbatic customers: don’t get any ideas; I’m not making them here. I don’t even think we have the technology for that.

What's your favorite to drink?

I’m a whiskey girl, but I do love a good margarita when I’m in a rare tequila mood. Corazón is probably my favorite.

What is your style for cutting someone off?

It doesn’t happen here too often, but when it does, I usually say something like, "Hey friend, here’s a glass of water." At other places I’ve had more of an issue with it and would say, "I think you should just sip on this fine glass of H2O and pump the brakes."

Obviously you must get hit on a lot. What’s the worst pick-up line you’ve heard?

Actually, I haven’t heard too many pick-up lines, but what cracks me up is when I get the casual business-card-under-the-receipt slid across the bar. I have accumulated quite the business card collection.

Do you ever respond to the business cards? Drop the guy a call or a text? 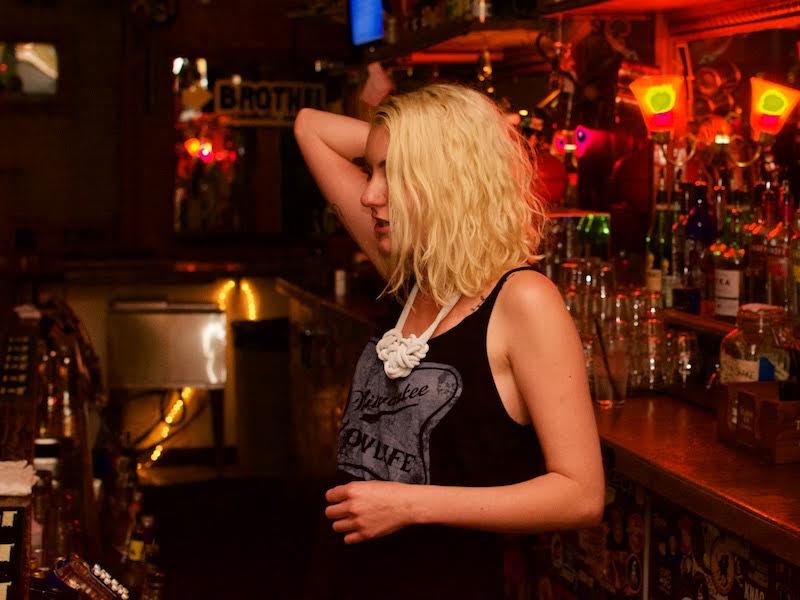 If you could travel anywhere in the world, where would it be?

I would like to make it to New Zealand someday. Seems like another planet to me. I’ve done a decent amount of traveling – I’ve been quite a few places in Europe – and I would like to do more, but I’m not a big fan of flying. Once I hit the seven- or eight-hour mark on a plane I start to lose it a little.

What do you like to do when you’re not working?

I read a lot. I love going to shows. I used to love going to festivals, but I had my first "am I too old for this?" at Pitchfork. I went there seven years in a row, but I skipped this year.

How did you get into music?

I’ve always been a huge music fan. My immediate family has very eclectic taste. My dad is an electronic fan, and that carried over with my brother a little bit, but to me a lot of it sounds like a washer and dryer running.

When I was 9, The Strokes were on "The Tonight Show," and I lost my mind. They became my first favorite band and led me to so many other great bands: The Velvet Underground, Guided By Voices, Built To Spill. The Strokes haven’t held up for me, but they opened up a new world for me at one time.

Do you have a favorite band these days?

What are your thoughts on the Milwaukee music scene?

The Milwaukee music scene is pretty good. I was in Chicago for a couple of years and it’s been great since I returned to see how much it grew. I went to high school with Webster X and it’s been fun watching him blow up. There are a lot of really good local bands. I love Midnight Reruns and seeing them open for The Replacements was crazy and awesome.

Have you ever been in a band or thought about being in a band?

I like singing, but not really in front of people. I’m a listener. However, I could see myself doing something behind the scenes with music someday.

I would like to see The Weakerthans someday. They are my second favorite band and have been on a hiatus since 2011 and it’s not looking good. I have two Weakerthans tattoos on my body. Also, I missed an opportunity to see Amy Winehouse at Lollapalooza and I will kick myself for a very long time over that. But in general, I’ve been pretty lucky and seen most of the bands I’ve wanted to see. 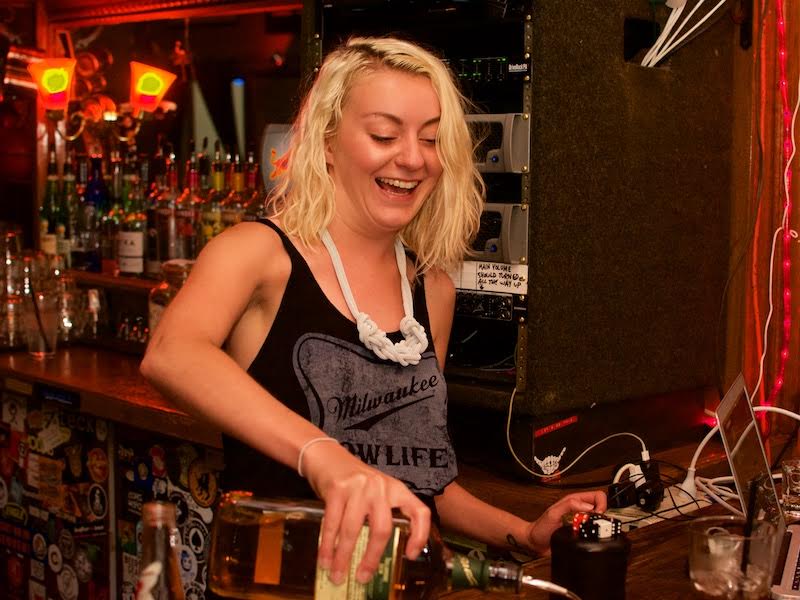