I completely anticipated a mellow first night of Country Thunder. People are still moving in, adjusting to tent life, and some people still have to work Friday. But instead, there was a pumped-up Billy Currington and a raucous crowd.

"Hey! Hey! We all still here?" Billy Currington asked around the seventh song of his Country Thunder opening night set.

The crowd’s response was a resounding, "Yes!"

I completely anticipated a mellow first night. I mean, the opening day of Country Thunder can sometimes be … quieter than the rest of the weekend. People are still moving in, adjusting to tent life. And frankly, lots of people still have to work on Friday.

Currington and his super laid-back country style seemed a perfect pairing for a steamy Thursday night in the Thunder Bowl. For sure, I was definitely was expecting a much more chill crowd. In fact, I was kind of looking forward to an easy-going night listening to one of the bluest-eyed, most underrated, understated and successful charting country artists around.

But instead, there was a pumped up Currington and a raucous crowd. There wasn’t anything laid back about Thursday night. It was off the chain.

Setting the stage for a second: The day was blistering, disgusting and sweat-filled (even in those places you never ever sweat, like behind your ears. So gross.) As the sun set, it cooled down – marginally. And so, as Currington took the stage, it was almost comfortable – unless you were a high-energy performer like Currington turned out to be. Wearing a black tee, jeans and backwards trucker hat, Currington dripped sweat. You couldn't get any farther away from mellow. At least I don’t think you can …

Currington opened in quick succession with three of his hits, "Don’t It," "That’s How Country Boys Roll" and "Pretty Good at Drinkin’ Beer." By the time he asked the question if we were all still there, it wasn’t even a question. He had the audience at note one. It didn’t hurt that he was high fiving and signing autographs along the way, either.

Currington played in rapid succession, with the stage going dark after almost every song and very little interaction with the audience in between songs. He pulled hits and some not-so-common songs from pretty much every one of his albums. He even laid out one of his new songs, "Wake Me Up," a sweetly fast-paced song about the urgency of love and making sure you wake him up whenever you think about him or wonder what he’s doing. It all made for a super sweet night, under a clear, starry sky.

One of my favorite moments was the really cool pairing of Currington’s voice with the crowd and the sweet soaring song of the steel guitar during "Doin’ Something Right." Just so cool.

Country Thunder always brings incredible moments. And it seems like every headliner has one – like the time Luke Bryan climbed up the sound tower. But when they happen musically, you kind of just want to stand there and live the moment over and over again. Currington did that with the last song of his set, "We Are Tonight." Knocked it out of the park. Completely. I can’t even really tell you why it felt so perfect, but it did. The Thunder Bowl brought the thunder and so did Currington. The whole place seemed to explode.

The only downfall of the night was that Currington’s set seemed so short, playing just over 80 minutes. His opener played longer. I mean, I guess the good thing is that it left everyone wanting more. But I just really, really wanted more.

His opener, Dallas Smith, is a Canadian country singer with several albums and multiple number one Canadian hits. Smith’s brand of rock country was a great lead in for Currington. His 90-minute set was pretty much as non-stop and as high energy as that of Currington. Admittedly, I’m completely unfamiliar with Smith’s music – and sometimes that can be excrutiating. But tonight, it was a total blast. 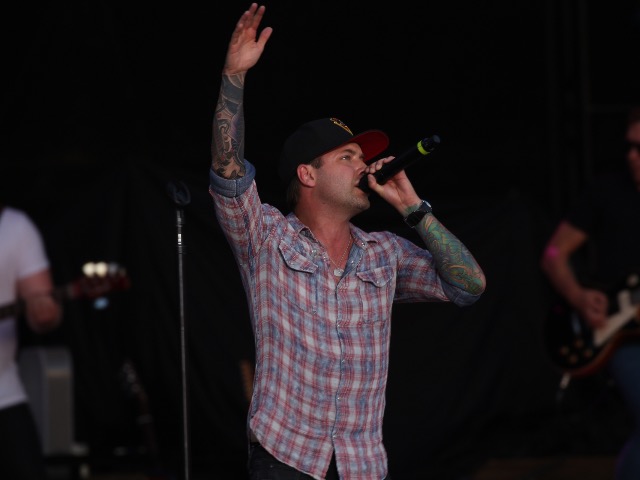 Billy Currington, meanwhile, is a native of Georgia. Growing up on Tybee Island, his family later moved inland. After singing in church from early on and listening to Waylon, Willie and Kenny, Currington made the decision to move to Nashville. He was 18.

Before hitting it big, Currington laid concrete and worked as a personal trainer, playing in bars at night. He met a ton of songwriters there, and it led him not only into writing his own song but, because of his caramel smooth voice, he wound up singing other songwriters’ demos. The work Currington put in here turned out to be so worth it.

He landed a record deal, and in 2003, his debut album dropped. Currington established himself as a true talent in the field with ten number one singles under his belt. And so, as they say, the rest is really history.

But it’s not. What Currington does on stage, making it look easy, takes work – picking the right songs, feeling what his music is saying. His songs are just so spot on life that you always want more. And you get the feeling that his music comes straight from his heart. Because he’s written or co-written much of what’s on his setlist, it’s no wonder that you’re moved when he’s on stage.

This is a guy who’s gonna be around for awhile. It’s good thing because I definitely want more. 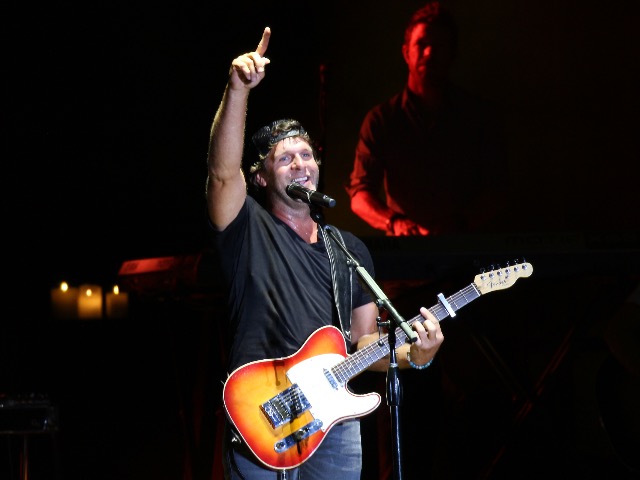