Working backwards on his resume, Brandon Reyes worked at Fink's for the past eight months. Prior to that, he was employed at Blue Jacket for 1 1/2 years and before that as a bar back at The Hamilton. OnMilwaukee.com recently stopped in for a Mai Thai and a chat with Reyes.

Working backwards on his resume, Brandon Reyes worked at Fink's, 1875 N. Humboldt Ave., for the past eight months. Prior to that, he was employed at Blue Jacket, 135 E. National Ave., for 1 1/2 years and before that, as a bar back at The Hamilton, 823 E. Hamilton St.

"And even before that, I worked at a die casting factory, but not for long. That was really boring. And stinky," says Reyes.

Fink's, however, is a good (and more aromatic) fit for Reyes.

"It’s really nice to work for a place that allows me to be so creative," he says.

In addition to inspired and imaginative drink making, Reyes contributes the chalk art for the signs behind the bar as well as designs for the menus and logo.

Recently, Fink's started hosting Tiki Tuesdays and OnMilwaukee.com stopped in for a Mai Thai and a chat with Reyes.

OnMilwaukee.com: Were you born and raised in Milwaukee?

Brandon Reyes: I was born and raised – and still live in – Riverwest. I love Riverwest. My parents came here (separately) from Puerto Rico when my dad was 17 and my mom was 10. Both of their families settled in a Puerto Rican community in Riverwest.

OMC: Where did you go to school?

BR: I went to La Escuela Fratney for grade school. My mom is still a K4 teacher there. I graduated from Rufus King in 2004. After high school, I got a scholarship to go to MIAD, but I wasn’t making the best life decisions at the time and I ended up losing my scholarship. I went to UWM for a short bit, it wasn’t what I was looking for, and so I went to MATC and studied animation there.

BR: I draw a lot. I was DJing (under the name Debonair Brandon). I’ve done a little bit of music production and worked with a few local rappers. I’ve kind of moved away from the music scene lately because I’m really focused on working. Aside from Fink's I also work at Bittercube doing basic production stuff.

OMC: What is your favorite cocktail to drink?

BR: My favorite cocktail to drink, and make, is probably the Mai Thai. I’ve been getting into all of the tiki drinks lately because of Fink's tiki night. But I’ve been into Mai Thais for a while. I learned how to make them at Blue Jacket, including how to make the almond syrup – a key component. Blue Jacket is a gin and rum bar, so I got to try an outstanding number of different rums. 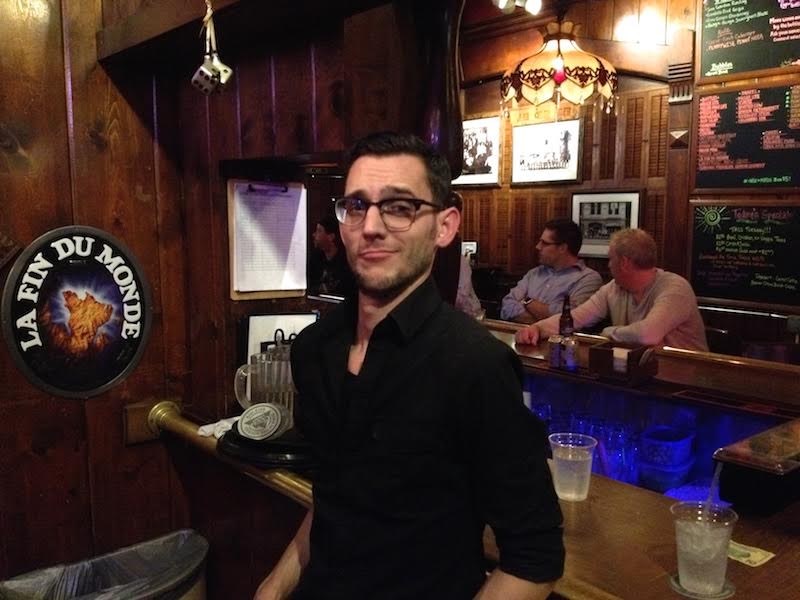 I like to make any of the shaken drinks, really. Especially when I get to shake two tins at once.

OMC: Have you seen "Cocktail"?

BR: I have. Flair bartending had its heyday but it’s entertaining to watch.

OMC: Do you hope to own your own bar someday?

BR: I haven’t given it serious thought, but I’ve daydreamed. Maybe something with a tropical vibe – I like indoor plants.

BR: I like the people. The general friendliness and kindness. You don’t always experience that. And there’s a lot of cool stuff going on in arts and music around here.

OMC: What else do you like to do with your time?

BR: I like to check out DJs around the city, see shows at the Cactus Club, watch Netflix. We just watched "Orange Is The New Black" and "True Detective."

I’m really looking forward to the 88Nine anniversary party. Peanut Butter Wolf, one of my inspirations to get into DJing, is going to be there. I saw him in Madison six or seven years ago and he is one of the best.

BR: I do. My girlfriend mimes ripping it off and throwing it away. But it’s grown on her. I think. 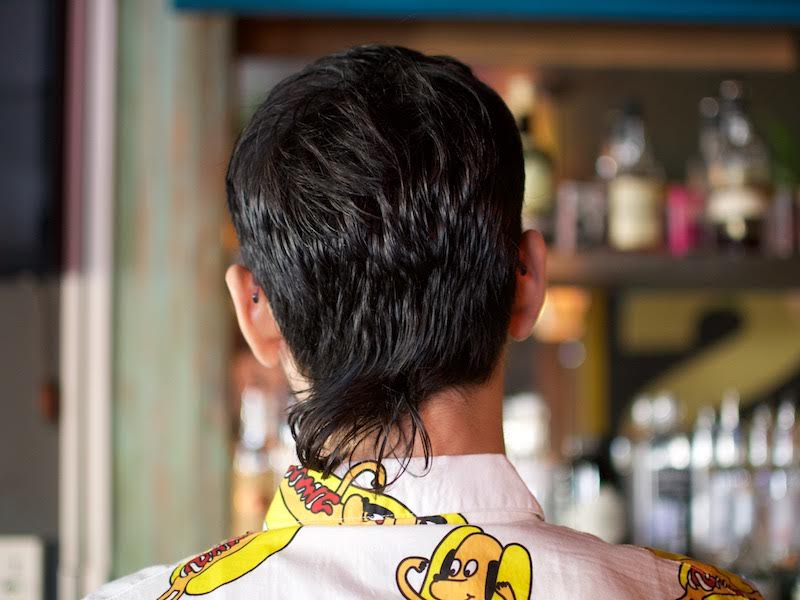