Raised Grain began making beer in its new brewery in Waukesha in December. We stopped in for a peek.

Raised Grain Brewing Co. opened at 2244 W. Blue Mound Rd. in Waukesha in September 2015 and, back then, its seven-barrel pilot system was sufficient to supply the brewery's tap room.

But times changed quickly, especially last summer when Raised Grain was also running beer gardens in the Waukesha County Parks. Those events proved so successful – co-owner Nick Reistad still marvels at the lines as he shows me a photo of one on his phone – that the brewery has been tapped to do even more of them this summer.

Plus, Raised Grain is also putting beer into cans.

With that seven-barrel system, the brewery produced about 900 barrels of beer last year, but that simply wasn't going to cut it anymore.

So, the partners opened a new brewery at 1725 Dolphin Dr., also in Waukesha, and moved all production there late in December.

At the moment, the original brewery is idle, though Reistad says it will be used for test brews and, most likely, to make some sours, too.

The new brewery is built around a 30-barrel system and a series of fermenting tanks that has allowed Raised Grain to brew about 650 barrels of beer already, putting it on pace to do nearly 3,000 barrels in its first year.

And they'll need them all at the taproom, to satiate the new canning line, at the beer gardens, for its existing accounts and for the taproom planned for the new brewery once permitting and build-out are complete.

Here are some photos of the new brewery taken on a recent visit... 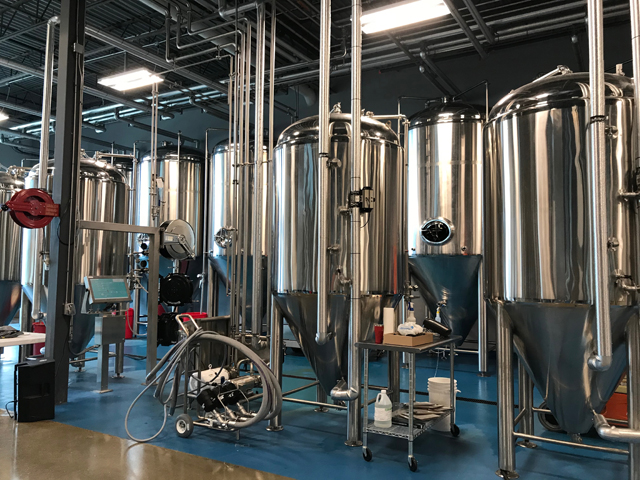 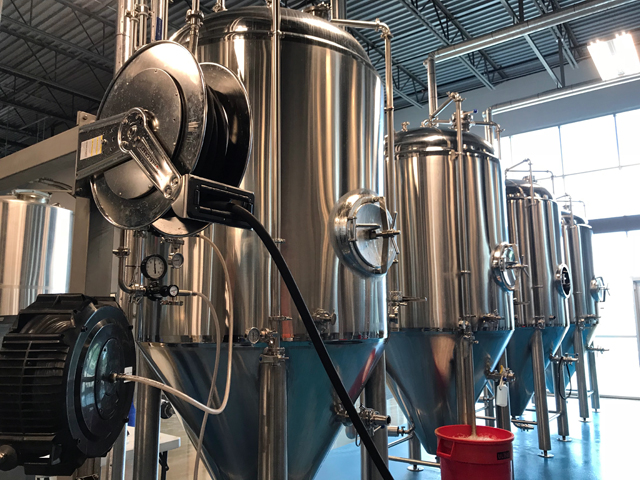 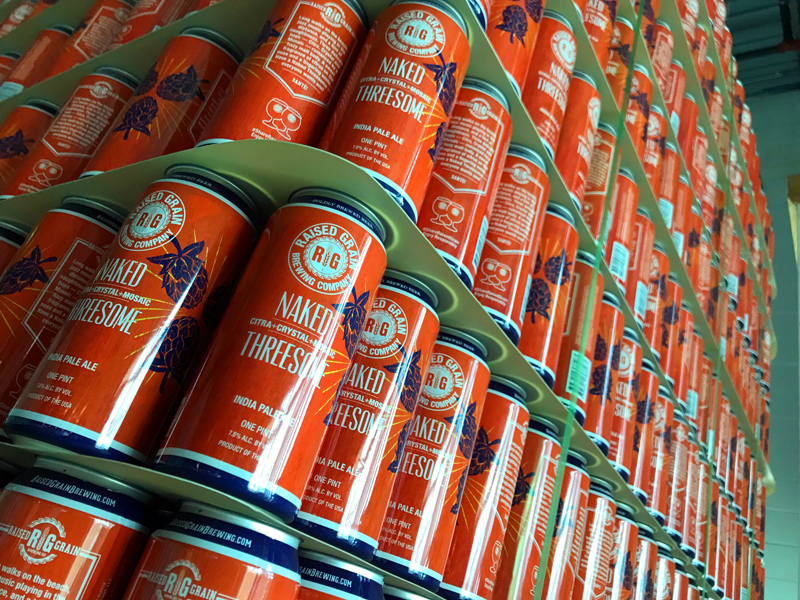 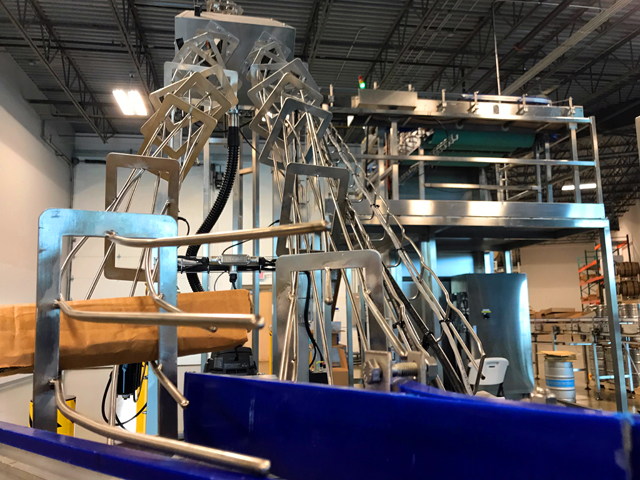 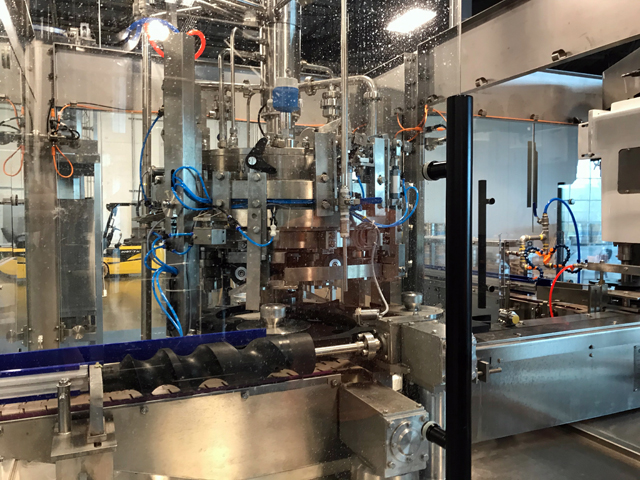 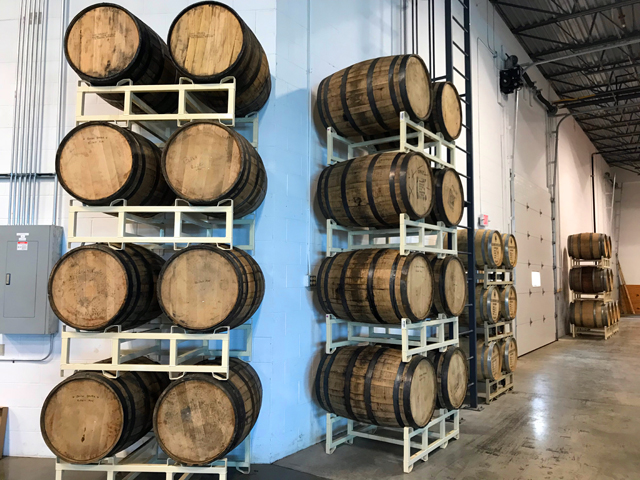 In the grain room 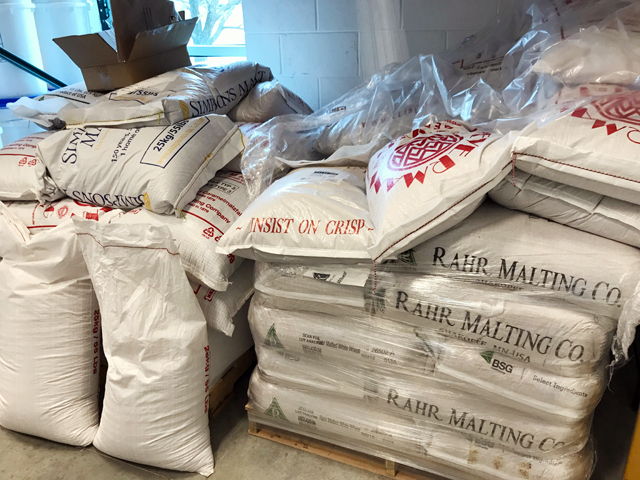 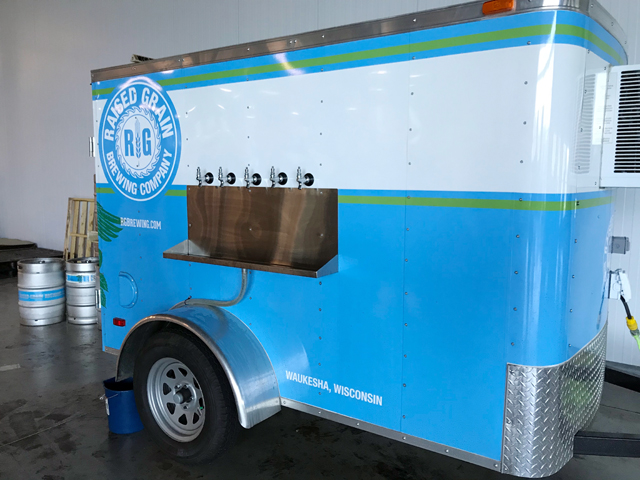 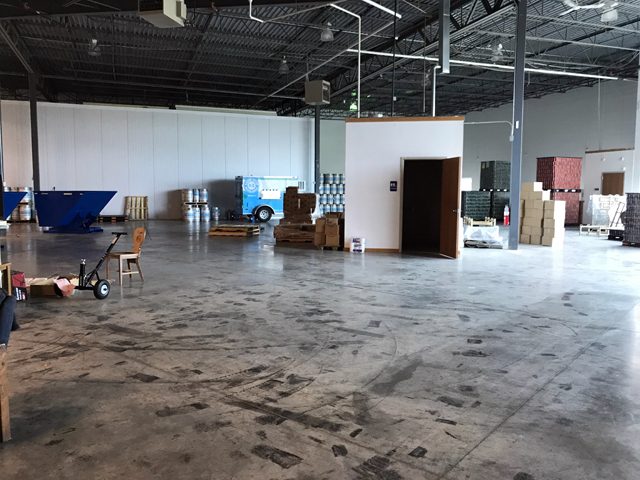 Raised Grain offers tours, the details of which can be found here.