Keller's Cache Cider presses on toward opening in Bay View

Musician Ethan Keller has drawn even closer to opening his Cache Cidery to the public at Bay View's Hide House.

Although Door County’s Island Orchard Cider had hoped to open its Pomona Cidery on the East Side by now, that project has been delayed, and in the meantime, local musician Ethan Keller has raced ahead and launched the city’s first craft cidery in Bay View.

Cache Cider, which Keller hopes will open soon to the public, is located in a roughly 1,100-square-foot space on the first floor of the Hide House complex, 2612 S. Greeley St. It's the realization of a plans Keller's been working on for a number of years.

Milwaukee’s first cidery overall is the one located at Leinenkugel’s 10th Street Brewery, which opened last year and which makes all of the cider brands owned by Molson Coors. 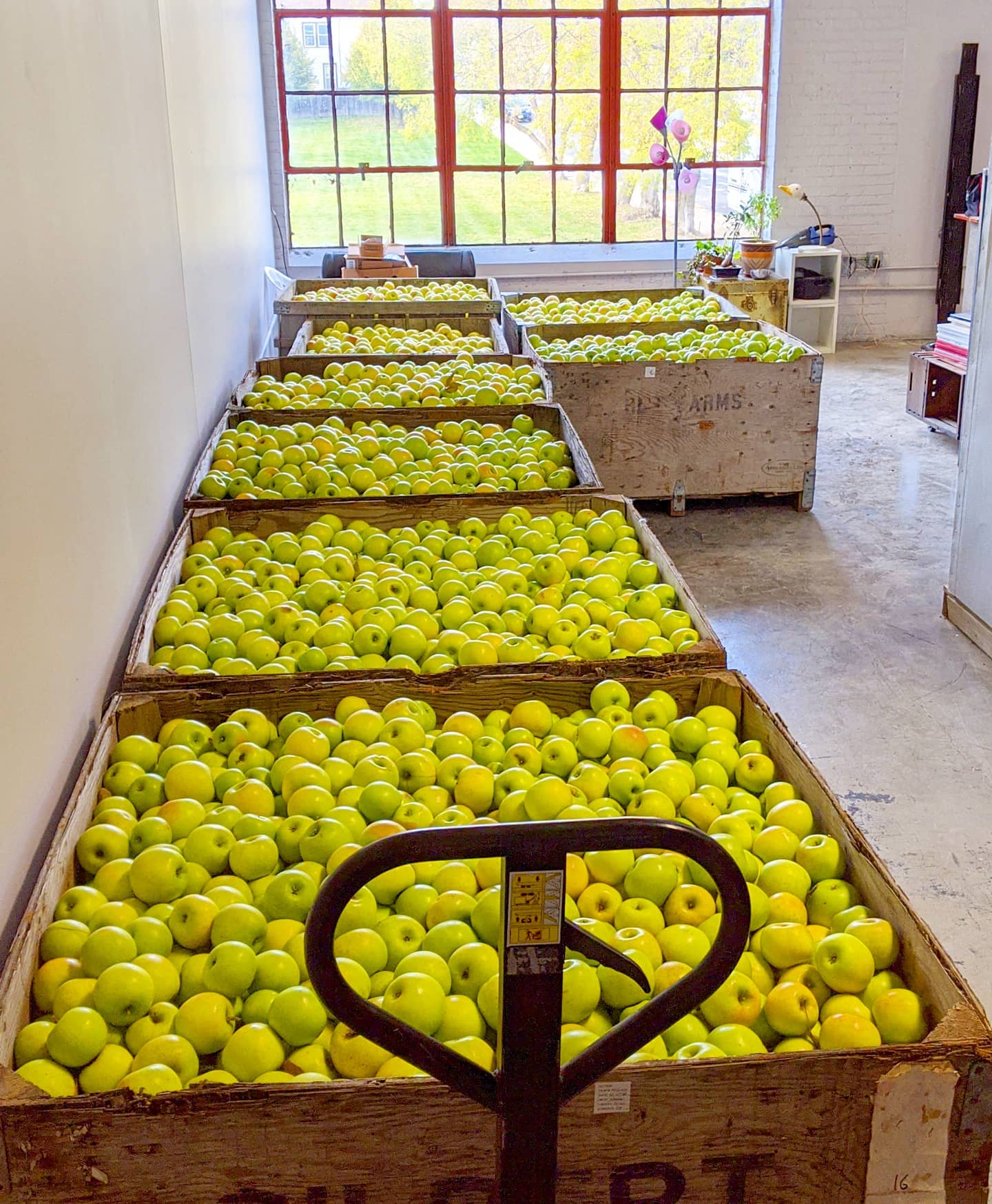 Keller has his winery licenses and has passed his inspections. He’s now awaiting a go-ahead from the Common Council before swinging open the cidery doors.

“Now that I'm permitted by the state to open the winery I can have people in the tasting room to drink free samples and then buy wine to go,” he notes. “As soon as the city approves my liquor license, then people can sit and drink cider in the tasting room itself.”

Cache's tanks were made by Milwaukee's Spike Brewing, located in Riverwest. 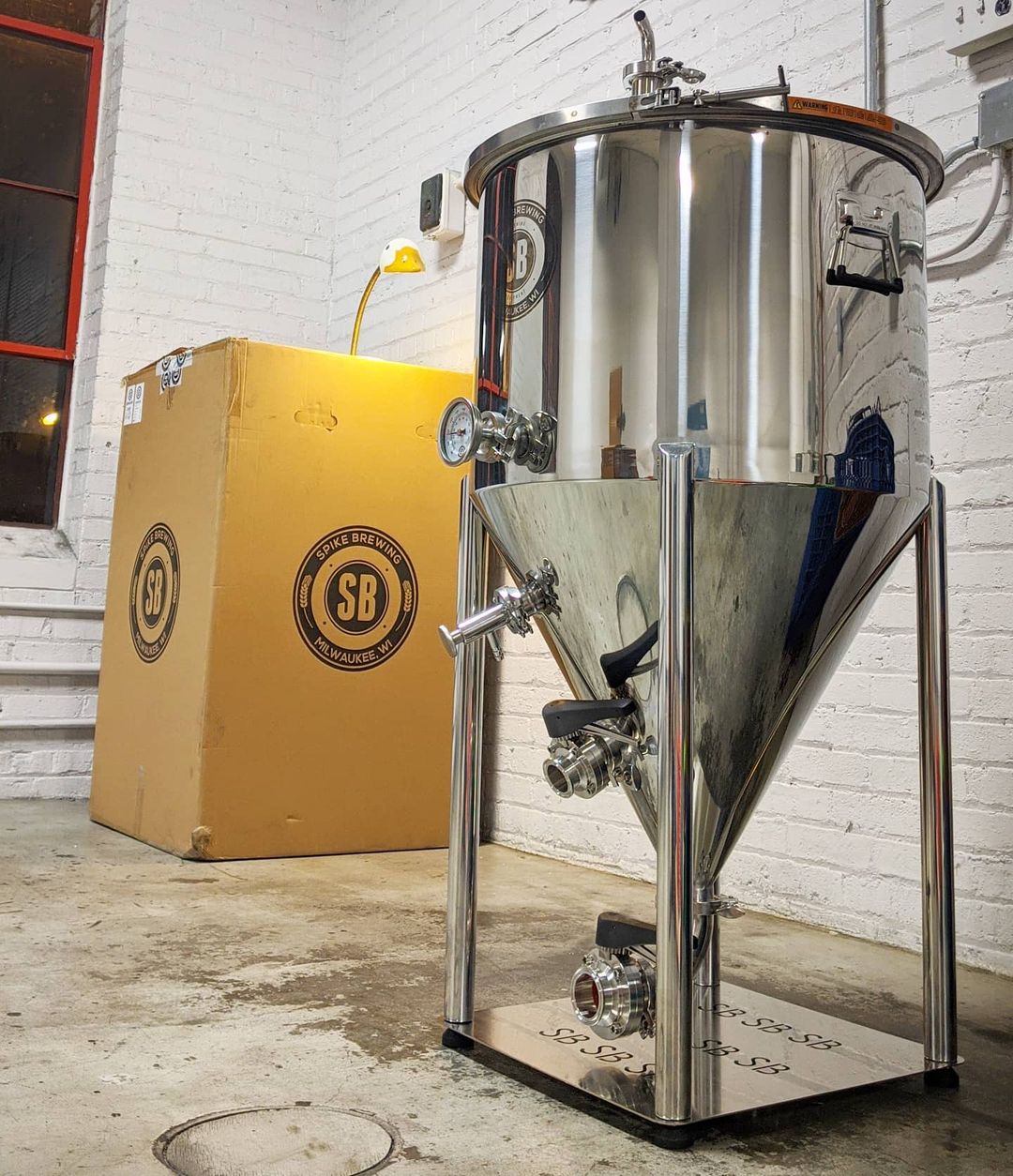 Keller, who began making cider nearly a decade ago, says that Cache Cider will focus on single-varietal ciders, “because we know blends can and will inevitably happen.

“In 2014 I realized that I really had a golden idea to serve people things they didn't even know they were missing: single-varietal hard apple ciders,” Keller says. “So even though the cider market was booming, I began the venture with a vision of education and historical preservation, and not one of capitalism.

“That's how I knew it was an authentic plan and that I would probably be in it for the long-haul.”

Keller says he expects to have a handful of flagship single-varietals, as well as a flagship blend.

Because of that focus, Keller is sourcing interesting varietals from around the country.

“I've been enamored ever since an experience in an orchard, on a ladder, eating Pink Pearls fresh off the tree,” Keller wrote in a Facebook post. “Reproducing that experience involves preserving their candy-like taste as they transmogrify into cider form. To accomplish this, in previous years I had arrested the fermentations quite early.

“This year I let it go a little further, but still crashed it early. The results are wonderful. Same amazing fresh tropical aroma. Still velvety but a bit crisper. A perfect finish. Still sweet, yet because it is closer to dry it begs you to drink bigger gulps and finish a whole glass really fast. This is basically liquid candy.”

“Last year I plucked these apples out east and squeezed 'em and made a batch, but broke the carboy setting it down,” Keller wrote in another post. “So this year, you know I went back to the same orchard and picked more. I love this apple. It's a bit like Firecracker Crab, yet with it's own original funk. The sugars were high and I left some behind.

“The final light sweetness perfectly compliments the bitter tannins and high astringency. The flavors are so unique, it has taken me several days of sampling  to try and peg them. Today I got it – it reminded me of a blood orange cider I thoroughly enjoyed this year, and Wisconsin's little healthful tart friends, cranberries. This is one of the best ciders I've ever made.”

Last summer, Keller told OnMilwaukee’s Lori Fredrich that the Michael Pollan documentary "The Botany of Desire" sparked his interest in apples and cider-making. That led to experimenting with cider at home and seeking out different types of apples as he traveled around the country playing music.

One thing led to another and Keller decided he wanted to do something to preserve these many varieties and share them with others.

“A very small percentage of the U.S. population will ever eat any other kind of apple besides the contemporary, highly commerical apples they find in their local stores,” he says. “This seems like such a shame to me. Great apples deserve the prestige that grape varieties do.

“This county once had a much stronger sense of its own apple tradition. Thousands of original American apple varieties were lost during Prohibition. And ever since then, only a few certain apples have been pushed by big growers, grocers.”

Like a winemaker, Keller appreciates the terroir that affects apples and cider just as it influences grapes and wine.

“The unique identity of each and every apple, and the unique annual chemistry resulting from their local meteorology, along with their terrior, makes any apple and resulting cider an excellent snapshot of history,” he says. “If you've never eaten a Pink Pearl apple, and never experienced it, then when you try they cider, it will make you want to try the apple itself.

“In a backwards way, I feel this cidery is also a way to reconnect people with agriculture, with the land itself. Wisconsin has a great and proud agricultural tradition. A cheese tradition. Alcohol traditions. We even have a historic apple tradition. Yet, we are missing the connecting cider tradition that will help glue everything together.”

Keller believes that the boom in craft beer, as well as the interest in wine, has created the perfect on ramp for cider right now.

“I have been watching the market for years, and I really believe that as the wine industry demographics change, and the craft beer market sits at saturation, the cider makers sit in the perfect spot to help both of those industries, as well as create more discerning beverage consumers, which is good for the entire alcohol industry in the long run.”

Keller plans to package cider for retail sales at area stores as well as offering it on tap in local bars and restaurants.

He hopes to secure his liquor license by Christmas – and finish his bar top – so he can open his tasting room by the new year.

As for tours, he will do them, but only casually for now.

“I will try and keep it a bit informal at first,” he says. “Those interested in tours can reach out via cachecider.com.”