As active as Schlitz Brewery was in opening tied houses designed by hometown architects in Milwaukee, it was at least as busy doing the same in Chicago with Windy City architects. Now, one of them that had been threatened is a designated landmark.

As active as Schlitz Brewery was in opening tied houses designed by hometown architects in Milwaukee, it was at least as busy doing the same in Chicago with Windy City architects.

I’ve written about a few of the examples down there, including this one, and this one, which was recently landmarked. The popular music club Schuba's also occupies one.

According to the City of Chicago, Schlitz Brewing Co. was the brewery that built the most tied houses in the Windy City, putting up at least 57 during the 1890s and first decades of the 1900s.

One of them – this stunning, turreted Queen Anne gem at 1393-1399 W. Lake St., formerly home to La Luce restaurant in the Fulton Market district – was threatened with demolition last year and a petition at Change.org aimed to keep it standing.

According to Preservation Chicago, the petition was a success and the Lake Street Schlitz Tied House / La Lucé Building has officially been designated a Chicago landmark.

Earlier this year, Block Club Chicago reports, Chicago's Commission on Landmarks unanimously approved preliminary landmarking and on Tuesday, July 20, the city's Committee on Zoning did the same, sending the matter to the City Council, which approved the designation at its meeting on Wednesday.

It didn't hurt that one alderman pointed out that former Bulls legend Michael Jordan used to maintain an office in the building. 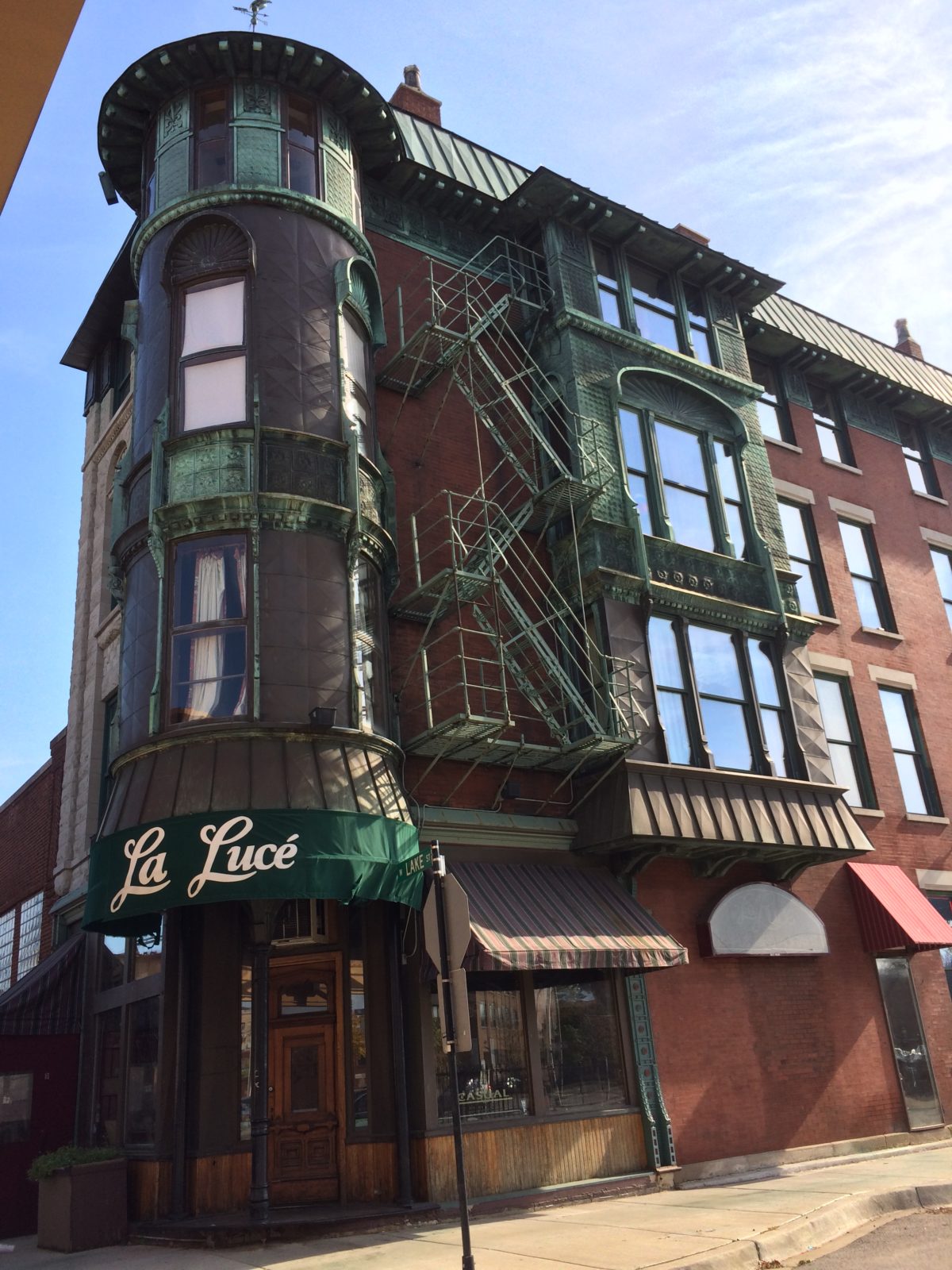 According to the petition, “The Queen Anne limestone and brick four-story building includes a beautifully detailed corner entry, copper-clad three-story turret, and an ornate copper-clad projecting bay window. This building is orange-rated by the Chicago Historic Resources Survey indicating its high degree of significance.

“It was built by Edward J. Uihlein in 1892 as a Joseph Schlitz Brewing Company branded saloon and Tied-House. But, unlike most Schlitz Tied-Houses, it included several floors of apartments above, perhaps in anticipation of the World’s Columbian Exposition in 1893. A painted Schlitz ghost sign is still faintly visible high on the east facing brick wall.”

You can see the petition here.

The restaurant closed in 2016 after having operated there for more than a quarter-century and then, according to Preservation Chicago (which provided the photo above), “a ‘pre-demolition sale’ was held to auction off antiques, historic fixtures, the La Lucé neon sign, and other restaurant artifacts.”

At risk: Chicago recently revoked a demo permit for this Victorian survivor, a former Schlitz tavern and later the La Luce restaurant, in the Fulton Market district. The city has until March 1 to decide whether to issue the permit. pic.twitter.com/JtLbdCExeC — Blair Kamin (@BlairKamin) December 14, 2020

The building had been slated for demolition and a demo company had even erected a perimeter fence in anticipation of the work, according to Block Club Chicago, but then the city revoked the permit, which means that it won’t come down for at least 90 days, which will give preservationists some time to find a solution to save the building.

When the East Side Tap was landmarked in October, says the City of Chicago, it became the 10th tied house to gain that designation in the city.