Southport Lanes, which for 98 years has occupied a gorgeous 1900 Schlitz tied house in Chicago's Lakeview neighborhood, is closing, reports Time Out Chicago.

Southport Lanes, which for 98 years has occupied a gorgeous 1900 tied house built by Milwaukee's Schlitz Brewery in Chicago's Lakeview neighborhood, is closing, reports Time Out Chicago.

The bowling alley, billiards hall and bar at 3325 N. Southport Ave. announced Thursday that it will close for good on Sunday, Sept. 27.

The building, designed by architect Emil Frohmann, is one of five remaining former Schlitz tied houses in Chicago, which – like Milwaukee – once had many more. (Here's a story about another one, on the Windy City's south side.)

When the corner tap opened in 1900, it was called The Nook, but in 1922, the four bowling alleys were installed and Southport Lanes was born. Those lanes, still set by manual pinsetters, remain. 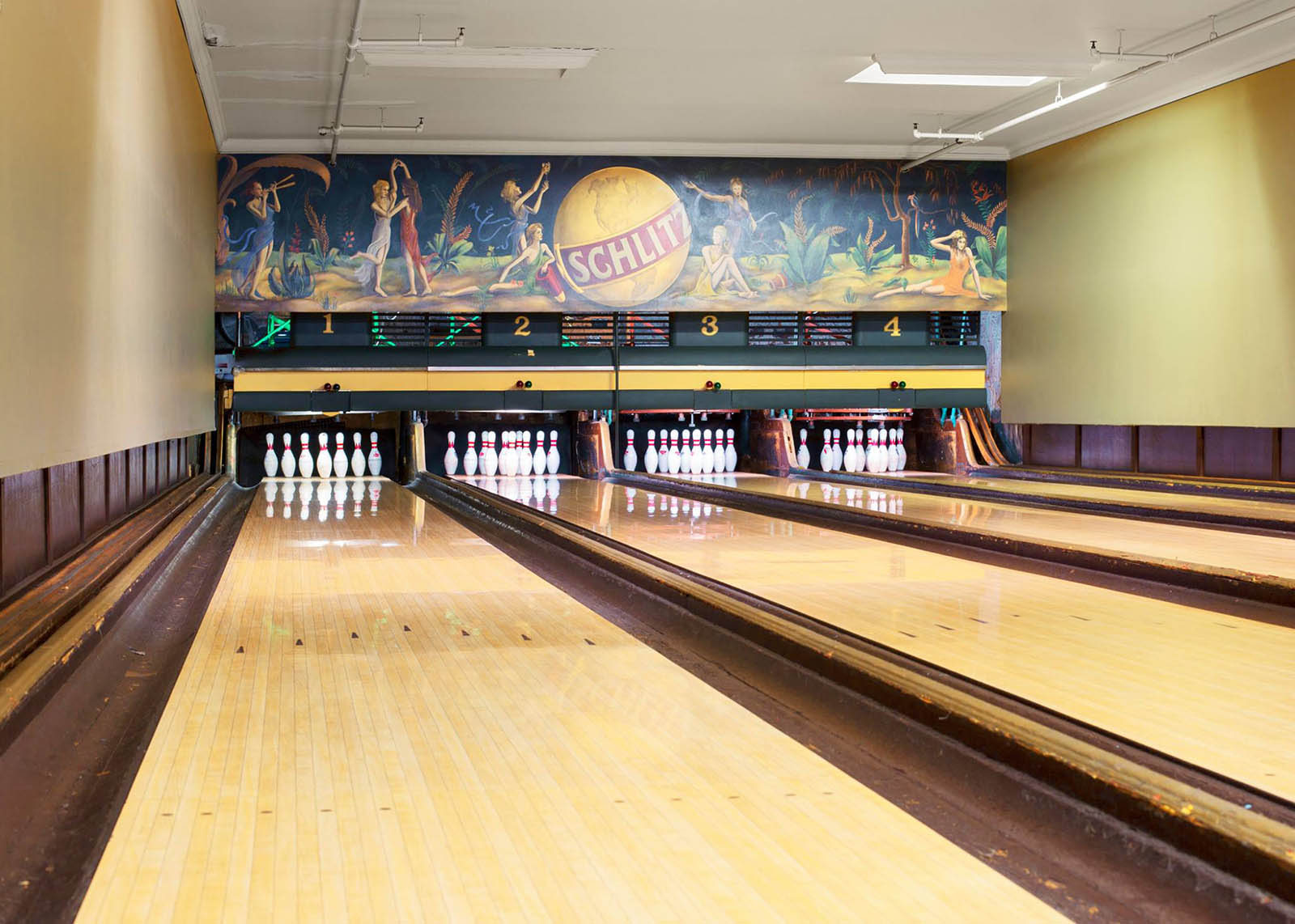 According to a good history on Saving Places, "During Prohibition, the second floor of the building was a brothel, and with that kind of nefarious behavior, it’s not hard to imagine it as a speakeasy too. In fact, the dumbwaiter that swung refreshments up to “couples” is still there. Rumor also has it that Chicago mayor Anton Cermak held a weekly poker game in one of the bar’s secret rooms before he was assassinated in ‘33."

Time Out adds that over its long life, the place – which still boasts its Schlitz globe medalion on the exterior – has also been a speakeasy, a brothel, a gambling den, a beer hall and a polling place.

In recent years, Southport, long a popular spot, has become a destination for craft beer lovers as well as for those seeking bowling, pool tables and pub food.

You can read another good history of the place at the Chicago Architecture blog.

While the bowling lanes and billiards are still off-limits due to the pandemic, Southport Lanes remains open for food and drink for another 10 days. If you can make it down there, it's open 4-10 p.m. Wednesdays and Thursdays, noon until 11 on Fridays and Saturdays, and noon until 10 p.m. Sundays.

I'm sorry to see it go and I hope this classic Milwaukee-brewery-built landmark finds a new life quickly.