OnMilwaukee.com stopped by during one of Chris Zito's Tuesday evening shifts at Tonic and chatted with him about a wide range of subjects, including military school, Hooligan's, winter biking, Australia, Bob Uecker and the pros and cons of Minnesotans.

Chris Zito has a unique perspective on the city – one that formed after two decades of working behind the bar in Milwaukee’s most iconic taverns combined with riding the city’s streets as a bicycle messenger.

Zito currently works behind the wood – and co-manages – Tonic Tavern and he retired from messengering just a month ago.

Recently, OnMilwaukee.com stopped by during one of his Tuesday evening shifts and chatted with him about a wide range of subjects, including military school, Hooligan’s, winter biking, Australia, Bob Uecker and the pros and cons of Minnesotans.

OnMilwaukee.com: Did you grown up in Milwaukee?

Chris Zito: I was born in Milwaukee and I grew up in Whitefish Bay.

OMC: Did you graduate from Whitefish Bay High School?

CZ: No, I graduated from St. John’s Military Academy. I got shipped off.

CZ: Let’s just say my parents wanted me to have more direction.

CZ: You go to bed with "Taps," wake up with Reveille. I was an adolescent teen, so I had some of the best times in my life and some of the worst. There was a lot of camaraderie and a lot of tomfoolery. You lived with these guys; they were your brothers. Some of them I am still friends with today. Also, there was a lot of personalized learning, which is what I needed. I was "hyperactive" as they said back then.

OMC: How did you meet girls?

CZ: Townies! Townie girls! They were our corridor to the outside.

OMC: Did you go to college?

CZ: I went to the University of Minnesota, but I had worked for Summerfest since I was a kid, and my second year at college, I got offered a full-time position at Summerfest and I was like, "I’m set! I’m done! I don’t need college, I have a great job!" After that, I started bartending and bike messengering.

OMC: How long were you a bike messenger?

CZ: Since the late ‘90s until about a month ago. I retired.

OMC: Did you ever get in an accident while messengering?

CZ: Oh, yeah. In May of 2000, I had a head-on collision Downtown on Water Street – Eric Von Munz was riding right behind me. I broke my leg. I had to have a rod put in it and I was in the hospital for six or seven days. While I was recovering, I lost 40 pounds and I’m skinny to begin with. My nephew was 7 or 8 at the time and he was terrified of me. I got hit from behind in Minneapolis, too, when I was coming home from working at the Nomad.

OMC: You worked at both Nomads, right?

OMC: When did you start working at Tonic?

CZ: I started working here since the summer of 2012. I recently started managing here, too, along with PK. (Paul Kennedy.)

CZ: The people. It’s like messengering – you get to meet all sorts of new people. I like having fun, getting rowdy. 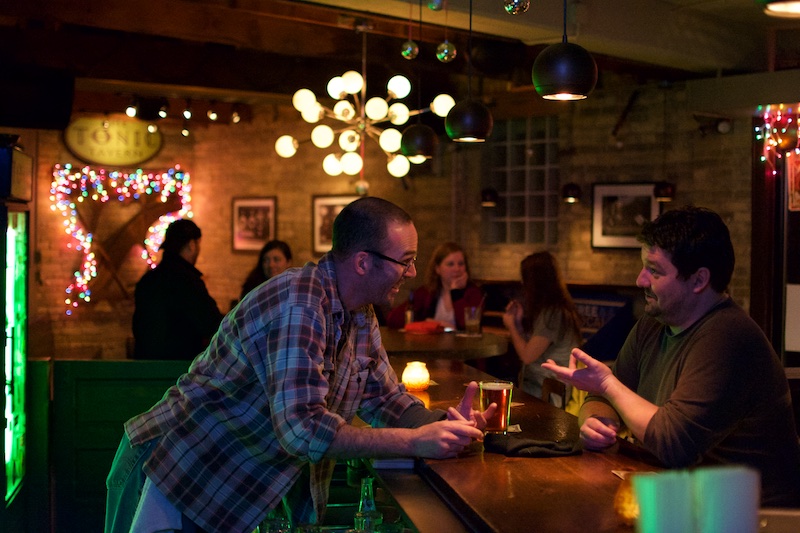 OMC: What was your first bartending job?

CZ: Hooligan’s in the early '90s. When they didn’t have windows. I worked the door for the Monday Night Music. (Owner) John Sidoff is the greatest guy – no bullsh*t, a straight shooter and he rewards his employees. He was always very fair with me. The owner now, Mark (Buesing), was working in the kitchen when I worked there. That’s the kind of guy Sidoff is. He nurtured his cook, made him the owner.

OMC: Where else have you tended bar?

OMC: Do you consider yourself to be a career bartender?

OMC: What did you do when you lived in Australia?

CZ: I went on a bike trip and then I was a messenger there, too.

CZ: Nope. Car free since 2003! I would rather pedal than sit in traffic for 45 minutes.

OMC: What do you love about biking?

OMC: Do you ride in all weather?

OMC: What tips do you have for winter riding?

CZ: Thin to win. You want thin tires in wet or snowy weather. Skinny tires create less spray splashing up on you. With a single speed you don’t have to worry about anything freezing up.

CZ: Yeah, fat guys beat me in races because I can’t breathe.

OMC: Where do you live now?

CZ: Bay View. I love Bay View. It’s what the East Side was 15 years ago. A lot of progressive young people are moving down here and opening great businesses. The evolution of Brady Street was both good and bad. Good economically, but it’s kind of like the old Water Street. I don’t want to hang with all the bros – the kids with the backwards white baseball hats.

OMC: What are the differences in general between Milwaukee and Minneapolis?

CZ: I find Minnesotans very passive-aggressive. That said, some of my greatest influences of my life, some of the people who have taught me the most, are Minnesotans.

But the concept of "Minnesota nice" is bullsh*t. People are only as nice as they have to be to get past you. And Minneapolis is so pseudo-cosmopolitan. Go spend a day in Chicago, then go to New York and then L.A. and then tell me you live in a big city.

Here’s a story: I was in Melbourne, my visa had expired, and I had a month to get out of Australia. I was trying to decide if I should go back to Minneapolis or Milwaukee at a friend’s house as a group of us were sitting around, weighing out the pros and the cons of both places. I got up to go to the bathroom and I walked past my friend’s kid who was watching "Major League" and I heard (Bob) Uecker’s voice – "just a bit outside" – and I knew I was going back to Milwaukee. Milwaukee it is!

OMC: So the voice of Bob Uecker brought you back to Milwaukee. Interesting.

CZ: Uecker is probably my all-time greatest hero. When I was 12, my brother was a bat boy and he took me into the locker room and I met all the guys – Gorman (Thomas), (Robin) Yount. And then I had the most in-depth conversation with Bob Uecker. It was the best conversation I’d had with an adult in my entire life. He was incredible. He kept asking me questions, pulling stuff out of me.

CZ: I’m a guy with no plan. I’m just waiting for the right opportunity to arise.

CZ: I like High Life. I’m not gonna lie to anyone. It’s clean and easy. I can drink 30 if I need to or I can just drink two.

OMC: Did you make the right choice, picking Milwaukee over Minneapolis?

CZ: I think about Minneapolis – and Sydney – every day, but I love Milwaukee. It’s progressive at its own pace and it’s a place to come back to. You can always come back to Milwaukee. 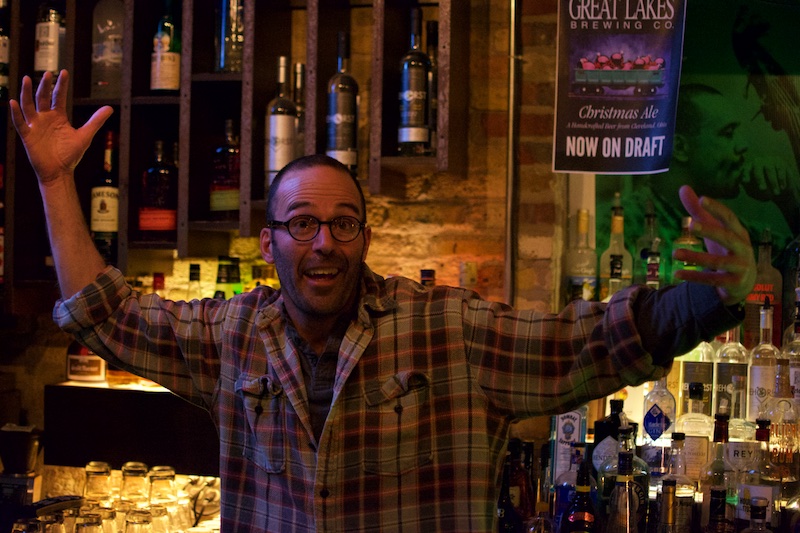