Of the of many breweries that have opened in Milwaukee recently, City Lights is perhaps the most exciting for me. But not necessarily for the beer - though I'm eager to try that, too, of course - as much as for its Alexander Eschweiler-designed home.

Of the of many breweries that have opened in Milwaukee recently, City Lights Brewing Co. is perhaps the most exciting for me. But not necessarily for the beer – though I’m eager to try that too, of course – as much as for its home.

The brewery – which opened in 2016 – makes its home in two (and hopefully three, later on) Alexander Eschweiler-designed buildings at 2200 W. Mount Vernon Ave., in the Menomonee Valley.

The Chicago red brick buildings are part of the complex erected in 1902 for Milwaukee Gas Light Co. as the power company’s west side plant. One of the two buildings has the distinctive six-story octagonal tower that is familiar to most everyone in Milwaukee.

Another of the buildings is home to Milwaukee Four Seasons Skatepark and the largest in the grouping houses Zimmerman Architectural Studios.

You can read all about the brewery, and a bit about the buildings, in my colleague Lori Fredrich’s post, but I went over to take a look for myself before City Lights was finished, and brewery co-owner Jimmy Gohsman showed me around.

The beautiful Romanesque Revival plant was erected by the Milwaukee Gas Light Co., which converted coal to natural gas and distributed it for residential and industrial use. Nearly three decades later, the company tapped Eschweiler again, this time to design its iconic art deco headquarters on East Wisconsin Avenue Downtown.

The utility was renamed Wisconsin Gas Co. in 1966 and later became part of WICOR, Wisconsin Electric and, now, We Energies.

According to We Energies' Cathy Schulze, the plant operated through the 1930s and then was mainly used for storage of natural gas until 1959, when the plant was decommissioned and all utilities work there ceased.

The former condensing building, to the north, is basically an empty box that will house packaging operations for City Lights, as well as a small laboratory in one corner. It will be connected to the tower building with a second-story skywalk that will lead right into a mezzanine that will overlook the brewing operations and will house a tasting room with a patio downstairs, facing the Menomonee River, and a deck just above.

When I visited in 2016, the plan was to sit tight on the five floors inside the tower, though the project's architects – Rinka Chung and ADK Design – have drawn up plans for the spaces. The hurdle is the cost of constructing a fire escape, replacing existing staircases, adding an elevator and other expenses.

The tower used to have four cisterns (or water tanks) on each of its floors. Each floor pretty much looks the same, except the top floor, which has an incredible wood plank octagonal ceiling. A couple of the floors also have double-door openings.

Gohsman says that he was told by former tenants of the tower building that the structural steel supporting the roof came from Carnegie’s mills and that one beam was signed by Andrew Carnegie himself.

The glazed subway tile in the building is reportedly by Tiffany, and at least one of them is stamped with a signature, but we had no luck finding it.

The tile, thankfully, will stay, but there have been other changes. Code issues required that a beautiful staircase up to the mezzanine with wood treads and brass rails be replaced. A cool old hoist could stay, but its dangling chain (which still works to move the hoist along its rail) had to go.

The mezzanine survives, but code requires some changes to the railing. The beautiful brick will remain exposed, but some windows will be popped to allow for doors to access the patio, deck and skywalk. Many bricked up windows will be reopened.

This place is absolutely stunning.

Here are some photos I took during my early visit to City Lights:

The top floor of the tower 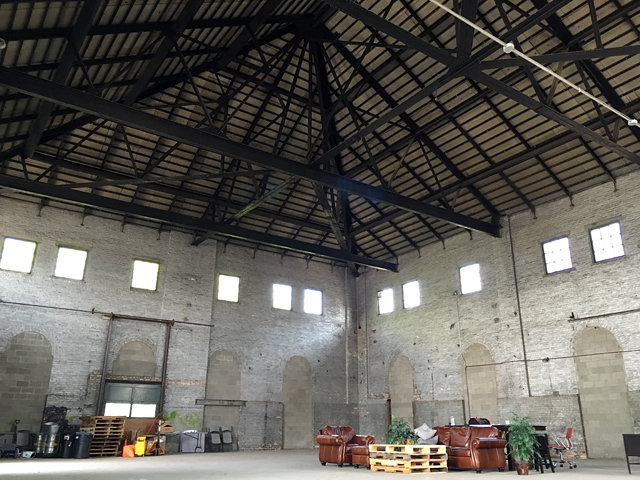 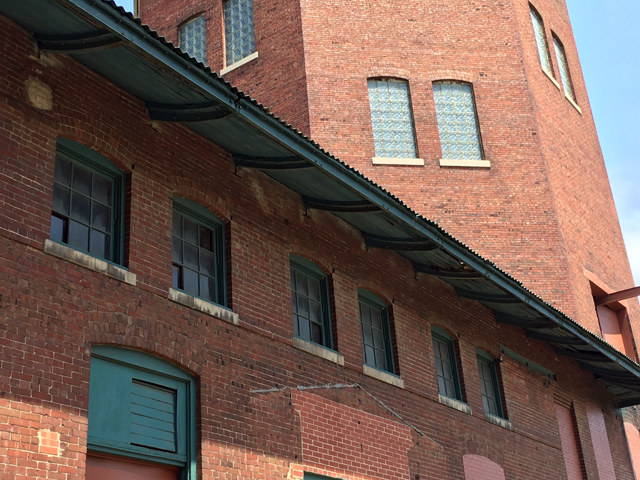 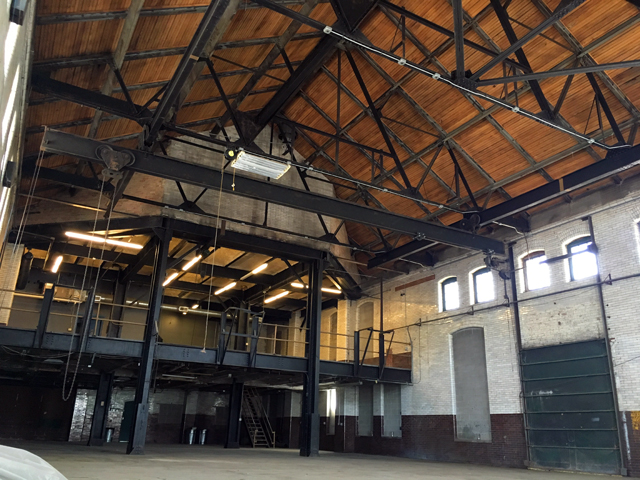 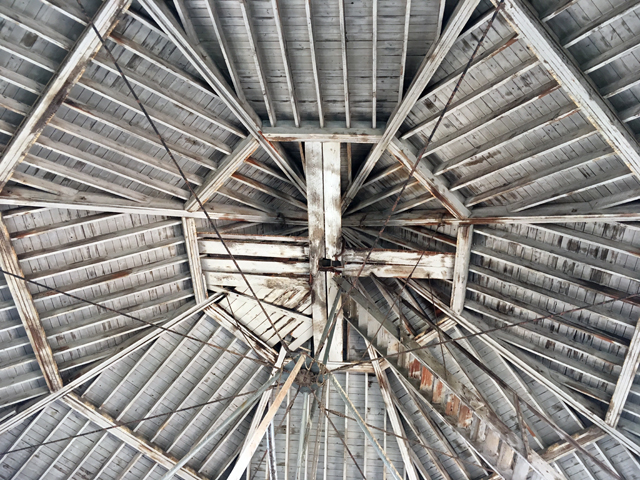 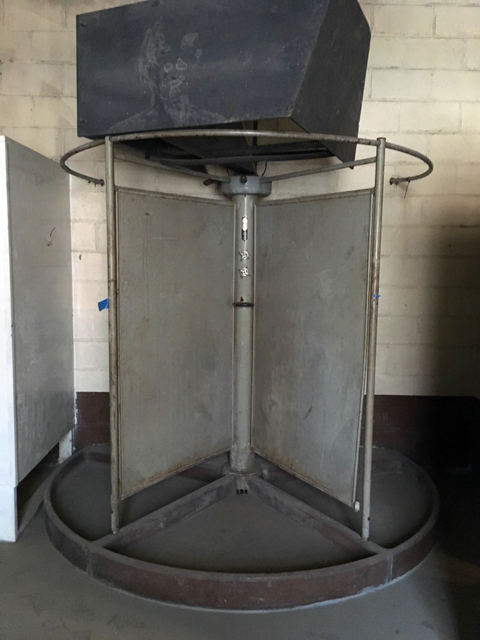 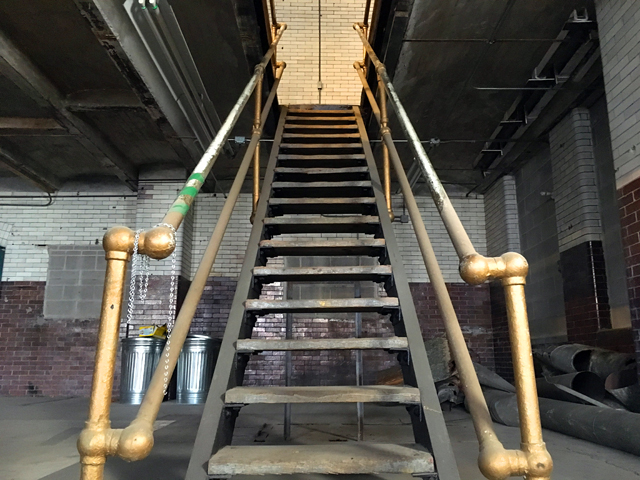 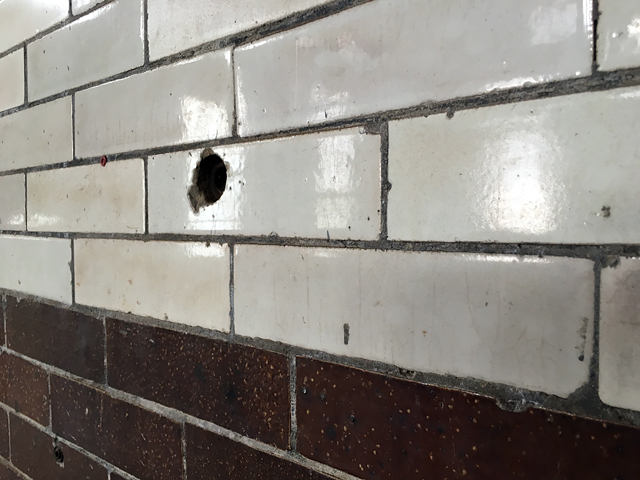 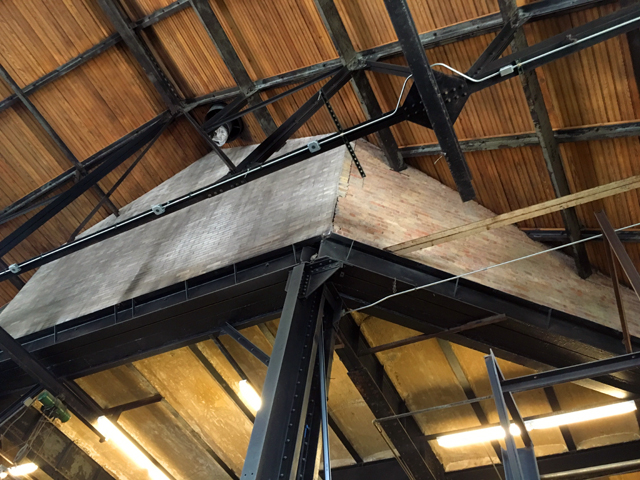 A view through the tower floor 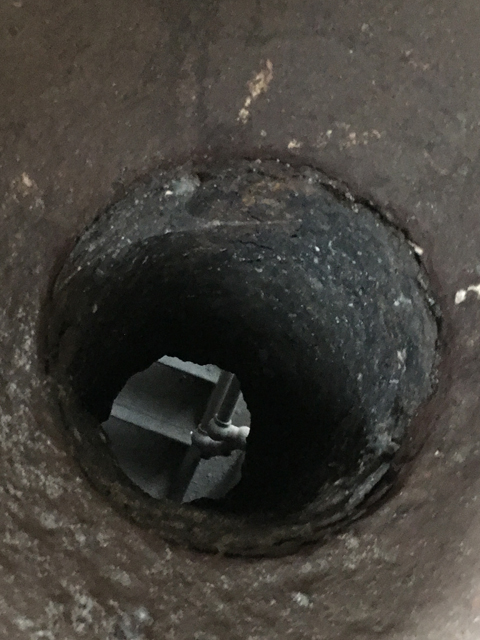 And a view of Downtown

Not sure what it is, but I like it 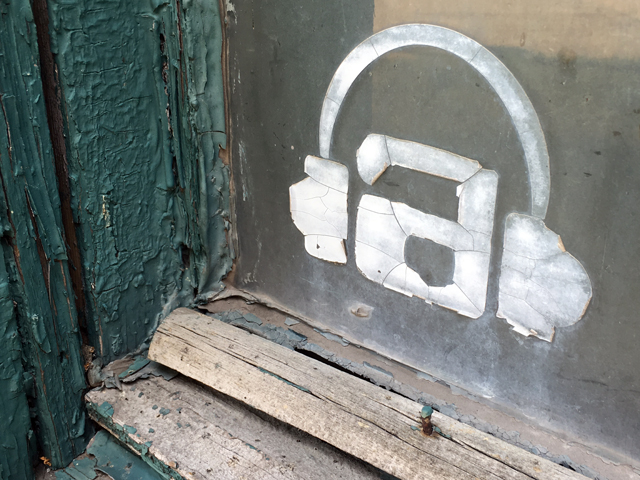