This morning's edition of East Town's Coffee Connections with Dan Sidner, co-owner of Maxie's, Blue's Egg and Story Hill BKC, was both informative and inspiring. Here's the gist, in case you missed...

I was honored to have spent a good part of the early morning today with Dan Sidner of Black Shoe Hospitality, the restaurant group he co-owns with Chef Joe Muench that includes Maxie's, Blue's Egg and Story Hill BKC.

We were participating in the first of three events scheduled for 2016 in the East Town Coffee Connections series. My job was to create and ask remotely intelligent questions, and Dan's job was to answer them. That part was simple enough. But what resulted from our discussion was much larger than either of us.

It was the story of a Milwaukee organization that's doing good – and aspiring to do better – while feeding the hearts and souls of its customers.

It left me educated and inspired. So, I thought I'd make an attempt to share some of what transpired so that you can feel similarly.

First, a little bit on the story behind the name "Black Shoe," which I think says a lot about where partners Dan Sidner and Chef Joe Muench are coming from. 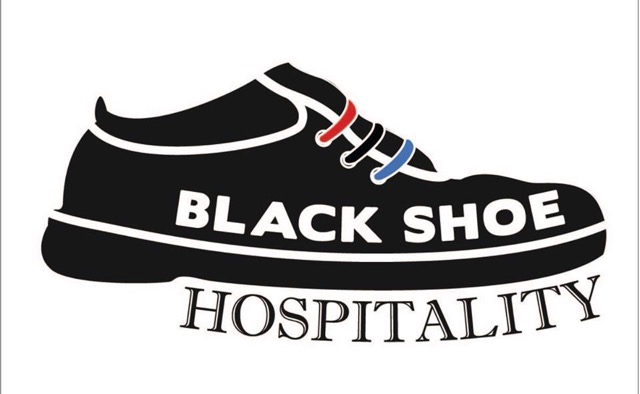 The story of Black Shoe

The best way to tell the story of Black Shoe Hospitality might be to simply quote what I wrote in my book, "Milwaukee Food: A History of Cream City Cuisine," published this past September.

Black Shoe Hospitality was formed in 2014, as Dan Sidner and Chef Joe Muench, the owners of Maxie’s and Blue’s Egg, moved forward to open a third restaurant, Story Hill BKC. The partners decided that it was time to put a name to the projects.

"The hope was to really form a group identity, create some esprit de corps among the team members of all three of the restaurants and make it easier to introduce ourselves at cocktail parties," Sidner says with a smile.

Choosing a name, Sidner admitted, wasn’t easy. Many seemed too uptight or condescending; others sounded too cute or overly whimsical. The group needed something that encompassed its goals and values: the provision of delicious food, stellar hospitality and dedication to supporting local causes and organizations.

"The leading name for the better part of a year was ‘Not Corporate Guys,’" said Sidner. "Then one morning, Joe was putting on his shoes – his very typical black kitchen work shoes – and it hit him: Black Shoe. Anyone who has ever worked in the hospitality industry has needed a good, solid pair of shoes in order to put in the day’s work. And those shoes aren’t fancy or fashionable; they’re comfortable and sturdy."

The name, Black Shoe Hospitality, would ultimately reflect the goal that powers all of Muench and Sidner’s restaurants: to deliver genuine hospitality that zeroes in on what a guest wants or needs and then working hard to deliver it. 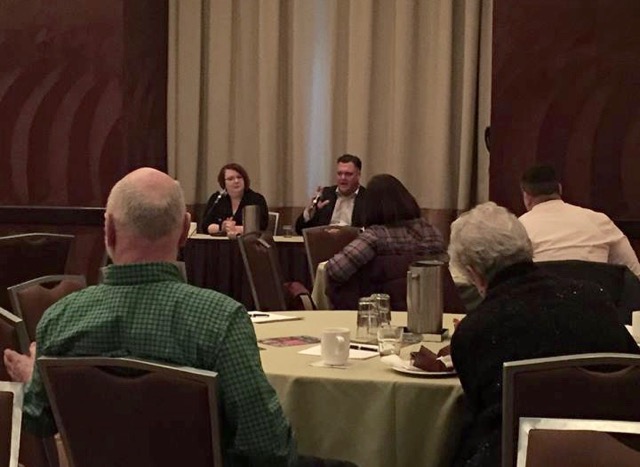 Dan Sidner was generous enough to assist me in rebuilding a summary of our conversation from this morning (thank you, Dan) so that I could share it with anyone who was interested. It's not quite the same, of course, as the real thing. But, there might be pearls of wisdom to be found in the commentary nonetheless.

OnMilwaukee: It all started with Maxie's. Tell me a bit about how the restaurant came to be – and how it's evolved over the years.

Dan Sidner: Maxie’s sister restaurant in Ithaca, New York opened in 1998. That is really best described as a New Orleans style fish house, with some barbecue.

But a fish house wasn't really a good fit for Milwaukee. We knew that we needed expand our menu to include barbecue. And that put us in the direction of the all-encompassing Southern foods concept.

We were always intent on not being just a Southern-themed restaurant. It has always been a priority to execute authentic Southern cooking and cocktails. So as we continue to travel to the south we see Southern cooking evolve and we are trying to evolve as well. Hopefully the change never stops; that means we are staying current.

If you could bottle the positive energy at your restaurants, you'd be a millionaire. Is there something to which you'd attribute that?

You feel it because we pay attention to it. Hospitality at our restaurants is intentional, and something we work on constantly. It feels spontaneous to the customer, but it's not in any way spontaneous on our part.

We aspire to hiring folks who do great work with a great attitude. One of our internal maxims is, "Happy people making people happy." And that's how we operate.

In many restaurants, employees are judged on their sales or efficiency. We value those things but put a higher priority on an employees' "advocacy" for the guests.

Blue's Egg's location is the old Heinemann's space. How did that impact the development of the concept overall?

Quite literally the neighborhood needed another breakfast place, and the long tradition at Heinemann's gave us license to perhaps redefine what breakfast could be.

At the same time, we tried to include their traditions in ours. The back room at Blue's Egg is named for Mr. Burns, the owner of Heinemann's. And there are lots of pictures on the walls there that depict the history of the restaurant during its 40-plus years in Milwaukee.

Change has always been something you and your staff embrace. For instance, the concept behind Story Hill BKC has evolved relatively quickly since it opened in 2014. Can you talk a bit about that?

Restaurants need to evolve to survive and thrive and Story Hill was a "close but not quite" when we opened. The quick service coffee shop we envisioned was not what people wanted, and our craft cocktail business was growing nicely so we changed the concept to better accommodate the demand for an expanded happy hour menu and offerings.

Bottle: Kitchen : Cup became Bottle : Kitchen : Cocktail. Not a huge change but an emphasis on what guests are responding to. The retail element of Story Hill – which includes a large collection of spirits along with wine and beer, sold to customers at well below the usual mark-up for restaurants – continues to evolve and improve.

The real cost of food is higher than most people think, and being dedicated to high quality products carries costs. Yet, all of your restaurants are dedicated to using as much locally produced product as possible. How do you maintain the sense of value at your restaurants while managing costs?

Part of the viability comes from a regional approach. The farmer down the road cannot supply the quantity that need to operate so we place a lot of trust into Farming Networks (operating in the Midwest states) that are collectively raising the crops or animals to sustainable standards.

Another part of it is a dedication to the Whole Animal approach that takes a much higher level of culinary skill, but to us is part of our mission. That approach includes purchasing about 12 whole lambs a month from a local farm and breaking them down ourselves. We also use the bones and scraps to make stocks, further reducing waste.

Finally, "Value and the Guests Perception of Value" is everything. We purposely use high quality eggs from a local farmer. And we committed to purchasing eggs from that farmer as an effort to get a great product while also helping him to grow his business. And when you use 8,000 eggs a week at a place like Blue's Egg, that's no small thing.

We get approached once or twice a year with an offer to "cut our egg costs in half" by using a lesser quality egg, but that cut in quality could jeopardize our entire business. Our guests tell us that the quality is what they want, and they are willing to pay for it.

Black Shoe has been very visibly involved in the Milwaukee community. Can you talk about what that means to you?

It’s a simple approach. Instead of spending advertising dollars we spend our money on underwriting things we find of value in Milwaukee and offering ourselves up for various charity endeavors. We give a certain amount of money, and we do a lot to help the organizations raise money. It would be easier to just write a check, but I believe this approach is more meaningful to people and will further ingratiate people to us.

If you look at the acronym behind the name, Blue's Egg, it stands for "Everyone’s Good Graces." And we work every day to make sure we're supporting EGG.

During the Q&A, a member of the audience asked what was, potentially, the most intriguing of the day: Will there be another Black Shoe Hospitality Restaurant anytime soon? And could it be on the East Side?

Sidner admitted that another restaurant may be in the works, but probably not for another year or two. In fact, during 2016, he says the group will focus on improving upon the restaurants they already manage to ensure continued excellence in every way possible.

As for location, Sidner says they'll likely look within a reasonable distance of their current footprint. "Right now, I live right in the middle of the three restaurants," he notes. "You can't beat that for convenience."