Leah Delaney moved from Milwaukee to New York after quitting acting (the irony of this is not lost on her). Delaney's years away inspired her to return and start a successful storytelling slam and community organization, Ex Fabula.

The "Coming Home" series, brought to you by the Milwaukee Art Museum, explores the lives of Milwaukeeans who moved away but ultimately returned to make a difference. The series is in conjunction with three current exhibitions at the Museum that expose how travel provides different ways to see the world and the everyday. Learn more about the Museum's season of travel at mam.org/travel

Sometimes, Milwaukeeans need to leave Milwaukee to love Milwaukee. We get fantastically fed up with this place or simply want to experience more of the world, but after a period of time – whether it’s three months or 10 years – we often return to Brew City by choice.

Some call the imminent return of locals "the Milwaukee magnet," suggesting that those of us born and raised here are often drawn back for family or financial reasons. Other times we experience the ol' "you don’t know what you have ’til it’s gone" phenomenon and see Milwaukee in a new light based on our travels.

And some just come back for the Kopp’s burgers.

Leah Delaney’s departure and return to Milwaukee was a mix of all of the above. (Except for maybe the Kopp’s burgers; those never come up in the interview.) Born and raised in Cudahy, Delaney majored in theater at the University of Wisconsin-Parkside and, after graduation, moved to Milwaukee’s East Side.

"I wanted to see if I could make it as an actress in the ‘big small’ city of Milwaukee," says Delaney. "Then I realized, after waitressing a lot, that I was a really, really bad actress."

Delaney's moment of truth about her talent – or lack thereof – made her feel despondent. By 2001, she was 27 and self-proclaimed "lost in life." She got a job at Discovery World – which she enjoyed – and tried to transition from life as an unemployed actor to life as someone turning over a new leaf.

But the leaf, well, it just wouldn't turn.

"I really didn’t know what to do, so I (proverbially) sunk into a big Barcalounger recliner," says Delaney. "Milwaukee felt stagnant at the time. I was out of energy. And so I sank right into that recliner."

Around the same time she found out that her roommate was pregnant and moving in with the baby’s father. So when a friend called her from New York City and asked her to move to Brooklyn, Delaney – despite having little money and no job prospects in the Big Apple – accepted the offer.

"Four months later, I high-tailed it to New York and set up camp," she says. "The present-day 44-year-old me wants to slap myself across the face repeatedly, but at that age I was like ‘hells bells; let's do this!’"

Before she left, Delaney’s father suggested that she not sell her vehicle because she would need it when she returned home. But Delaney sold the car as soon as she could. She had no plan to return.

The irony of quitting acting and then moving to New York City was not lost on Delaney, so she embraced it. "I threw myself into ‘anything can happen’ mode and had five of the best years of my life," she says. 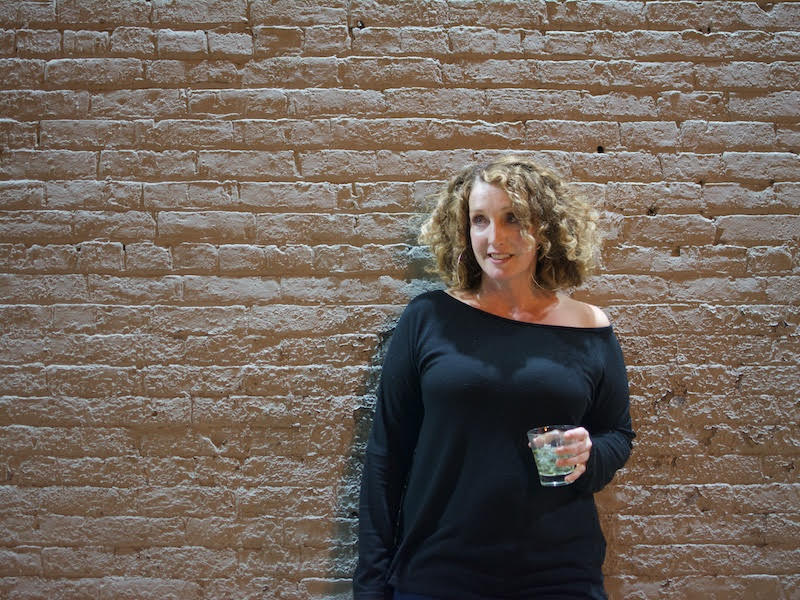 At first, she got a job at a law firm for "intense lawyers who screamed their faces off" at her but later worked at Caroline’s Comedy Club and for American Christmas Decorations, a company owned by two Jewish brothers that decorated high-profile businesses and public places like Macy’s, Rockefeller Center and Wall Street for the holidays.

Delaney lived in a loft with a vibrant view of the city, including the F train in the distance. "It could have been the opening credits of an HBO show," she says. "It was remarkable."

And although she was "making it" in New York, at the same time, Delaney felt something was missing.

"I just never felt like I found my niche. My mind started to wander and wonder about my next move," she says. "I knew I couldn't go back to Milwaukee. I would have felt like I failed. And I had sold my car."

Delaney settled on moving to Chicago, but before she left New York, she attended a storytelling slam by The Moth. She was immediately smitten with the concept of people from all walks of life sharing a stage to tell true, personal stories. She thought about Milwaukee, and how much the city could benefit from such positive and entertaining community interaction. Determined, though, to try life in Chicago, she attempted to open a chapter of The Moth shortly after moving there.

"Even though I didn't hear back from The Moth while I was living in Chicago, I was inspired. I was carrying the ‘New York City energy’ with me in the Midwest. ‘Leah from Cudahy’ never would have emailed The Moth in New York," she says.

Still thinking about storytelling and missing the people she refers to as "her tribe," Delaney finally returned to Milwaukee. This time, however, she approached the city with a stronger, more passionate approach.

"My overall attitude was, ‘OK, this is going to happen,’" says Delaney. "I had strong motivations and ambitions and I really put myself out there to make my plans happen."

Delaney contacted The Moth again from Milwaukee, and this time, they responded. For a short period of time she organized and emceed Moth events, but then she met Megan McGee while volunteering at Milwaukee Film in 2009.

"Megan invited me to lunch with a few other people who wanted to start story slams in Milwaukee and that was how Ex Fabula happened," says Delaney.

Since 2009, Ex Fabula has provided monthly story slams to the public and engaged in many community projects and events to strengthen and unify the city through storytelling.

"We can learn a lot from listening to the life experiences of those who are different from us. Each tale of struggle, triumph, and discovery reveals who we are now, and who we hope to become," says Delaney.

Delaney acknowledges that much of her early momentum with Ex Fabula came from the energy she experienced and "stored up" during her time spent living in New York and Chicago.

"When you immerse yourself in another culture you find out what you can bring back as a gift to your community," says Delaney. 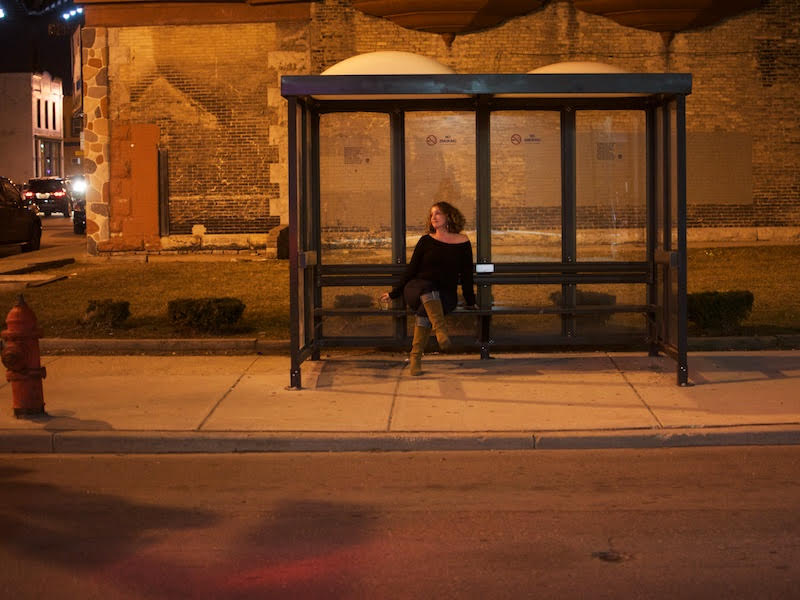