Evan Christian, who opened lounge and music venue Gibraltar in 2016, spent five years living in Spain where he mastered his Flamenco guitar skills and learned a thing or two or 10 about life.

The "Coming Home" series, brought to you by the Milwaukee Art Museum, explores the lives of Milwaukeeans who moved away but ultimately returned to make a difference. The series is in conjunction with three current exhibitions at the Museum that expose how travel provides different ways to see the world and the everyday. Learn more about the Museum’s season of travel at mam.org/travel

Evan Christian was born on the South Side of Chicago and moved to Milwaukee a few years later. He grew up on Milwaukee’s North Side and taught himself to play the guitar as a teenager. As a young adult he moved to Milwaukee’s Riverwest neighborhood and played at now-defunct bars and clubs like Sauce, Cush, the Dragon Lounge and Cafe Vecchio.

With ample friends and a supportive family, Christian didn’t feel the need to leave Milwaukee. At least not until he saw a video, shared with him by a drummer friend, of a Flamenco guitar player at the Latin Grammys.

"I looked at what his hands were doing versus what I was hearing, and it messed me up so badly because it didn't make any sense. I thought he was a magician. I thought it was overdubbed. I thought there had to be three more people behind him, contributing to the sound. But it was one man, doing all this amazing stuff, and I thought, ‘How? How on earth is he doing this?’" says Christian.

Christian immediately knew he wanted to – and was determined to – master Flamenco guitar. He also knew there probably wasn’t anyone in Milwaukee who could help him achieve that.

"So, literally, the very next day, I bought a one-way ticket to Spain," he says. "I knew if I was going to learn this music, I had to go to the place it came from so I could understand it, really understand it." 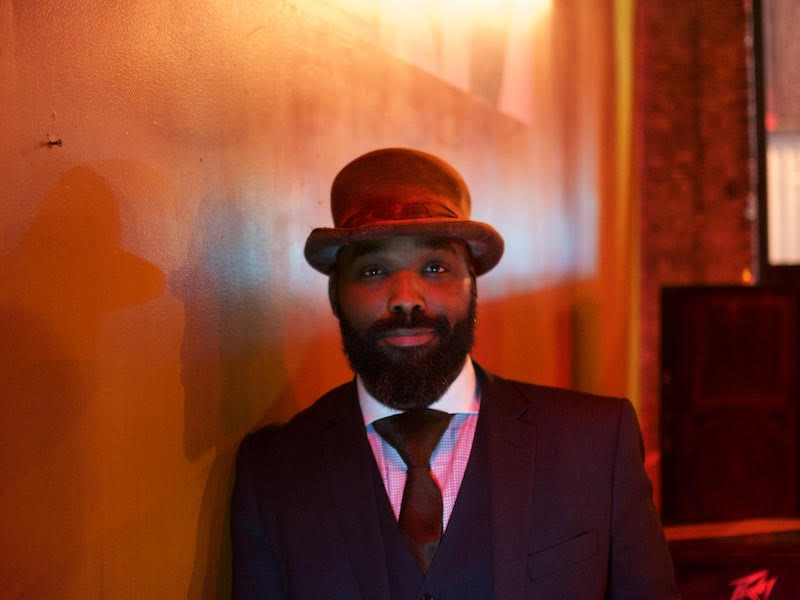 Christian spoke very little Spanish and had very little savings at the time of his departure. "Friends and family gave me money straight from their pockets and said something like, ‘I hope it works,’" says Christian, chuckling.

Christian calls the decision to leave Milwaukee a leap of faith, but one that felt right, even though his first experience in Madrid was not a positive one. After his plane landed, he got into a taxi and asked the driver to take him to a destination that he calculated was 15 minutes away and would cost him 18 Euros. After an hour, the driver dropped him off, and charged him 97 Euros.

Christian says he bounced back from the disappointment quickly because he was determined to make the situation work. "My gut told me to do this, and either I was gonna listen and do it or I was going to have to carry around that awful feeling when you don’t jump even though you know you're supposed to jump," he says.

Over the course of the next two years, Christian played guitar 10 hours a day – on the street, at the bus station and in the subways. Eventually he got a rare residency in a club. He met many mentors who shared tips and taught him tricks, all of which Christian would then practice thousands of times until he perfected them.

"Although, once again, I was mostly teaching myself, they taught me things I never would have learned by myself," he says.

Christian said he quickly learned to be weary of people who offered to provide Flamenco guitar lessons because many of them were scams – musicians who would charge exorbitant fees for very little instruction in return.

"I knew I had to find people who cared about my learning. And so I didn’t find that all the time, but when I did, I was grateful," he says.

He also went to Flamenco shows every day that he could afford it and eventually became friends with many other musicians who invited him to house parties. "That’s when I finally got it," he says. "I finally understood what it was supposed to sound like."

During his two years in Spain, Christian was homeless six times. He slept outside for the first time in his life – on top of his guitar case which was on top of a park bench. "I dozed off a few times until the sun came up, and then I got up. I had to keep it moving," he says.

Christian says he learned so many valuable lessons, about both music and life, while in Europe. He came to terms with the fact he wasn’t comfortable singing, but knew that he had to. And so he did. He also learned how to "read" an audience no matter where he was and play whatever kind of music he thought they would appreciate the most.

He also learned to trust strangers and the power of hospitality.

"I never learned this in Milwaukee, but I did in Spain," he says. "People who didn't speak my language – people who I didn’t look like – saw something in me and they let me sleep in their homes and fed me on the way out the door. This happened so much and I am never going to forget it."

After two years in Spain, Christian says he was ready to come back to Milwaukee. He had made enough money for a return ticket, was skinnier than he’d ever been in his life and missed his family, particularly his mother.

"Most of all, I needed to refill my tank, so to speak," he says.

So Christian came back to Milwaukee fluent in Spanish and with extremely heightened musical skills that surprised his local friends and followers. He gigged as much as he could and, four months later, returned to Madrid where he lived for another 2 1/2 years. The second time was still a challenge, but easier in many ways, too. Christian was able to fully express himself in Spanish, got into a relationship with a woman and attracted a following of Spanish fans.

"It was still up and down, though. I’d play in a place similar to the Pabst Theater for a while and then I’d be back on the streets," he says.

During the almost five years he spent living in Spain and traveling around Europe – including twice briefly living in England – Christian collected ideas for concepts he could bring back to Milwaukee someday. When he decided to return home the second time, he knew it would be for longer – possibly for good.

"I loved living in Europe, but it wasn't where I was from. I missed Milwaukee," he says. 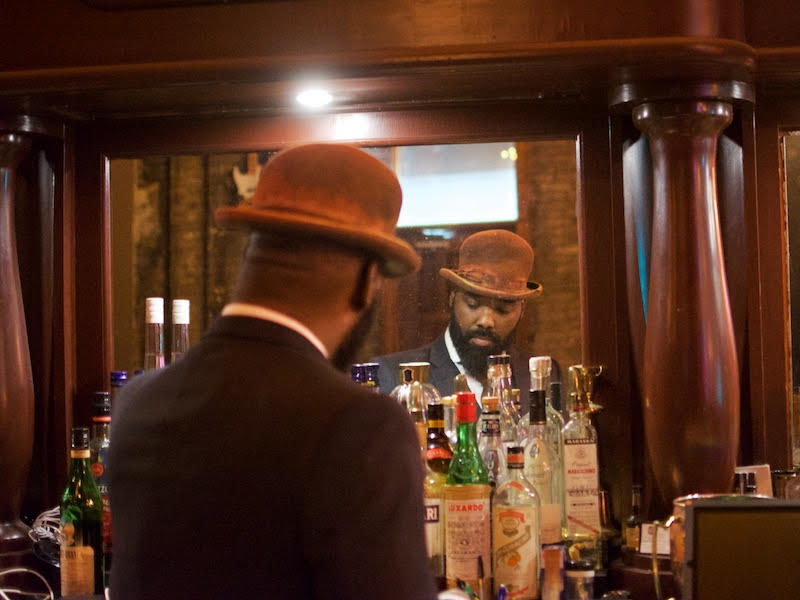 And so Christian came back to Brew City and in December of 2016, opened Gibraltar, a lounge and music venue in Walker’s Point that provides eclectic entertainment from DJs to jazz to Flamenco and more.

"I thought it would take a lot longer, but things fell into place," says Christian. "And I think I opened a place that’s classy, diverse, mature, art forward and attracts like-minded people. I never forgot about Milwaukee when I was in Europe. Whether I was in England or Madrid or Budapest, I would see so many things and think: this is dope. People in Milwaukee would love this."

Christian says through his club and his life in Milwaukee he is also able to pay forward some of the kindness he experienced in Spain.

These days, Christian takes the stage at Gibraltar weekly. He also spends as much time as he can with his young son, who is already showing signs of musical aptitude.

"Living in Spain was so much harder than I ever imagined. But the things that I learned from the hardships have pushed me in the direction that I’m going right now and I’m grateful for all of it," he says. "I’m back in Milwaukee and I don’t focus on what this city is not. I focus on what it is and what it can be. I’m here to enjoy life and to set my son up so he has exactly what he needs in life. I'm happy." 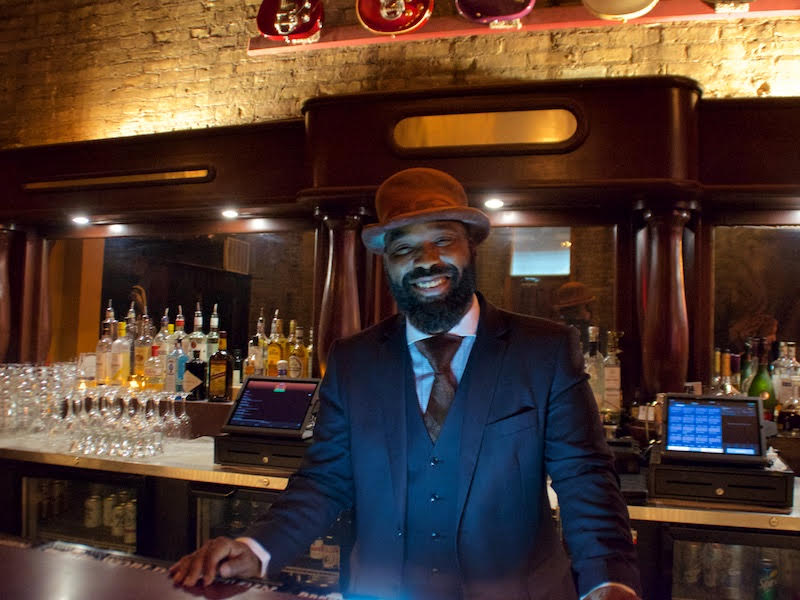