"Dancing with the Stars" recap: So we all know who's going to win, right?

I never thought I'd be upset about a Packers game preempting the star of "Agent Cody Banks" dancing for my amusement, but thanks to how awful and despairingly hapless Green Bay looked on Monday Night Football against the Detroit Lions, here we are.

I never thought I'd be upset about a Packers game preempting the star of "Agent Cody Banks" dancing for my amusement, but thanks to how awful and despairingly hapless Green Bay looked on Monday Night Football against the Detroit Lions, here we are.

Luckily, at least the dancing – when we got around to it at the buttcrack of dawn, aka 1:30 IN THE MORNING – was pretty good, though it sure did seem like we sped through the seemingly short partner dances to get to the trio numbers, which are always odd-looking to me. I'm usually never against more television time for Kristi Yamaguchi or Laurie Hernandez, but someone always looks out-of-place, clinging onto the side of an actual pair's routine. But what do I know; I spent three hours watching Brett Hundley throw 137 mediocre screen passes, so who am I to judge?

Unfortunately, the bad night for football continued from the Packers game into "Dancing with the Stars" as former wide receiver Terrell Owens got cut at the end of the (very long) day. It's a shame because, as Carrie Ann pointed out after his snappy Charleston, Terrell was peaking at the right time, exponentially growing from his weak week one.

I assumed back then that Cheryl's popularity and return to the show would keep him on board, but as the contest went on, he held his own against one of the better celebrity crops this show's had – in terms of fame and footwork – in recent years. His trio dance didn't do him a ton of favors (he probably would've been voted off last week with his mostly stationary rumba) but hey, at least he potentially got a date with former DWTS winner and trio partner Kelly Monaco.

As for the remaining dancers, how did they all do with the semifinals on the line? Did Jordan Fisher score another touchdown or two? Did Drew Scott fumble again? Are the football metaphors getting belabored? The judges gave their scores, but here's our grades from last night's this morning's episode 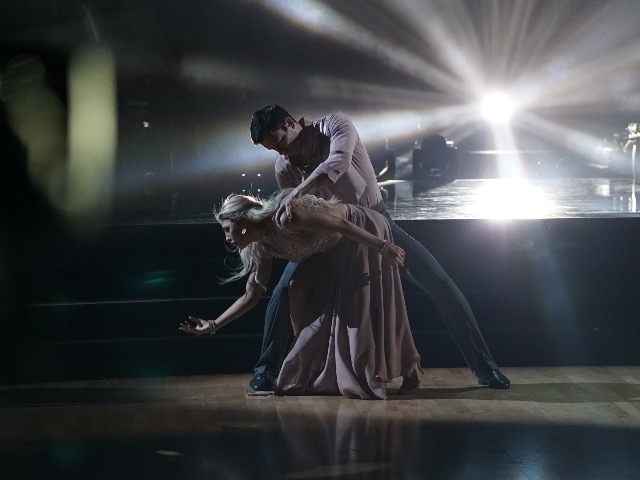 Our score: Here's what I learned from Drew Scott's trio routine: Rashad Jennings is still a very good dancer. The former football player and DWTS champ reunited with Emma for the trio cha cha, and boy, did he look sharp (at least, from what I could see through all the mirror ball glare and shimmer). Drew ... less so. He wasn't bad, just not as clean, confident and swagger-ific as both of his partners – despite Rashad's work as the HGTV host's "swag coach."

Things weren't much better with his waltz, which had a cute intention – a tribute to Drew's significant other – but offensive posture. Len called out his droopy elbow, Bruno complained about the lack of fluidity between movements and I was annoyed he looked a little hunchy but he probably couldn't hear my critiques through the TV.

The best thing Drew has going right now is that he's an amicable personality on a well-loved TV show. That might be enough to edge him over some of his competition (aka anyone not named Jordan Fisher), but if he makes it into the finals, know it wasn't because of his dancing. 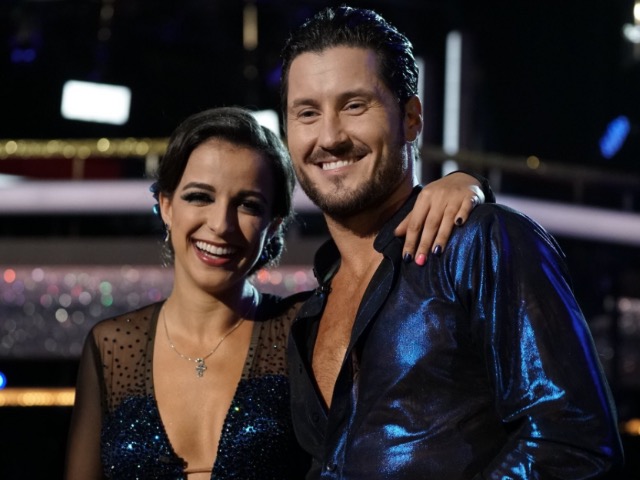 Our score: I'm scared for the show's best storyline. All season, Victoria's been a good dancer with an incredible personal drama to follow (one that most viewers knew nothing about coming into the show). But at some time, every season, the dancing is what matters most, and Victoria's has become ... kind of forgettable?

It's a shame because it's not really on her; she physically just can't do the kind of complicated footwork that gets thrown at Jordan or Lindsey – and the fact that she had a spasm attack during last night's episode, one so immediate before the show that the pre-dance packages didn't have time to fit it in, didn't help.

That explains her merely OK trio dance with former champ and fellow Olympian Laurie Hernandez, where she fell behind. But even her performance struggled Tuesday morning, her Argentine tango fluttering with an inconsistent smolder on her part, and Carrie Ann calling her out after the trio dance for falling out of the spotlight.

She's still a bright star on the show with an incredible story of resilience. Every time she takes the floor, it is an actual miracle. But after almost two months of this show, that miracle might be fading for some voters, leaving just lukewarm dancing. 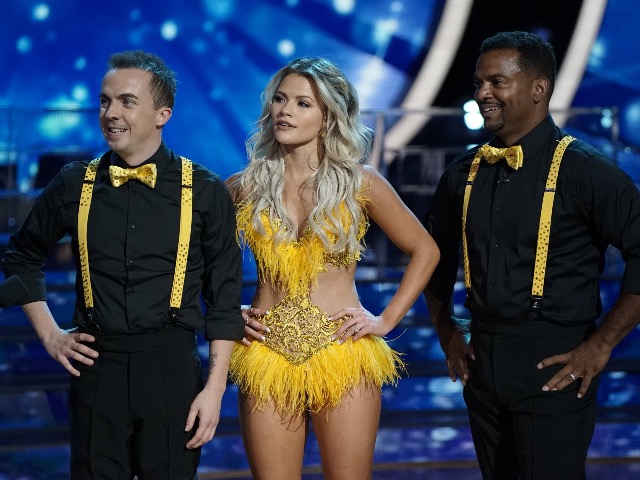 Our score: This may surprise you, but for Frankie's trio dance with "Fresh Prince" star Alfonso Ribeiro, they busted out the Carlton. I KNOW; WHAAA?! What may actually surprise you is that Frankie was in the bottom two this week, even after his genuinely freaky Halloween routine last week.

Hopefully he gets that panicked fan bump in the vote this week, because while he didn't quite struggle, Frankie didn't quite excel either. The trio dance was fun, a happy and skippy routine that looked a little hesitant to Carrie Ann but otherwise pleased. His Viennese waltz fared about the same, a sweet and swooping number that was dinged for some control issues by Carrie Ann and some low dancing by Len.

Once again, neither dance was bad, but considering where the bar is being set every week by Jordan Fisher, everyone's got work to do. And speaking of dings, what was that Tom Bergeron joke about Witney? Putting aside the sexist undertones of the gag ... I don't get it? What an odd misstep for somebody I consider to be one of the better hosts on TV.

Where was I? That's right: Frankie. He did fine – probably fine enough to be through the finals, but still just fine. 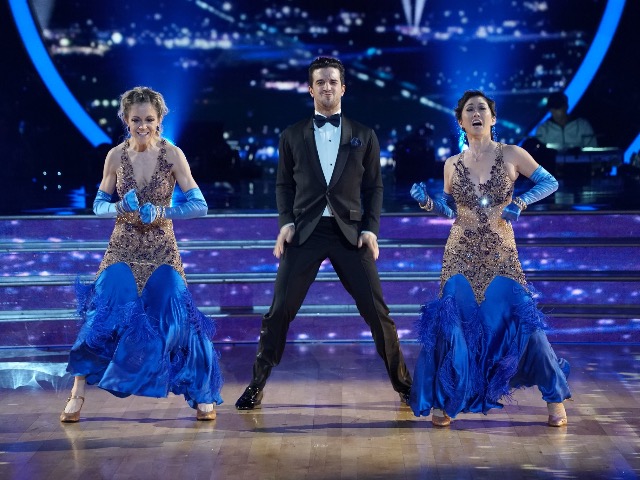 Our score: Hey, Lindsey got normal makeup this week! I could see her face and everything! After hearing she was doing a circus-themed samba, I assumed she was going to come out in a full lion mane looking like a "Cats" reject. But nope! As usual, it was a bright and bold routine crafted by Mark Ballas, though Len thought Lindsey was surprisingly timid. She definitely broke out of that, however, in her old-school trio jazz routine with Kristi Yamaguchi. However, points docked for Ballas apparently having a shoe-smelling fetish-thing. Shoes are for toes, man, not your nose. 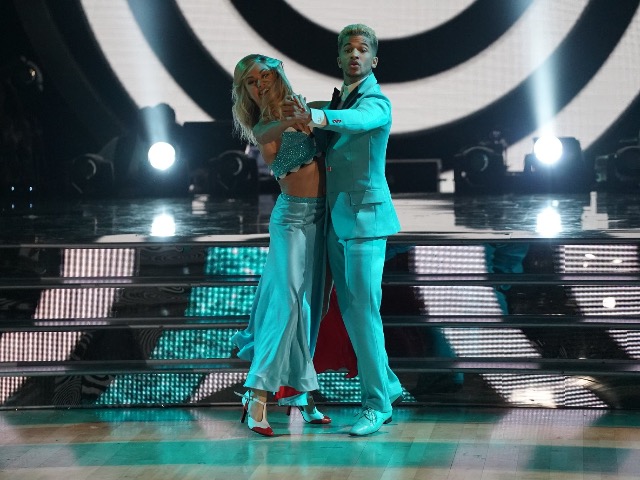 Our score: So the contest is over, right? We don't even have to do the weekly voting or do the number paddles? Because Jordan Fisher is obviously winning?

Unless something catastrophic happens – fans assume he's fine and don't vote, or maybe they suddenly start holding his theater/dance background against him, or he runs somebody over with his car and is stuck in prison during the finale – Jordan will win this season of "Dancing with the Stars." He's just too good not to, to the point that he looks like a pro and everyone else just looks like ... well, contestants on "Dancing with the Stars."

His '60s-esque quickstep – sponsored by Target – didn't need any help from the numerous pinwheels bedazzling the stage to hypnotize viewers; his footwork and performance did enough of that. Same with his trio dance with fellow Disney bro Corbin Bleu, which needed no pyrotechnics beyond their salsa-ing steps (mainly because they briefly blinded me in the beginning).

So yeah, Jordan wins. He got a standing ovation from Len for heaven's sake – GRUMPY LEN! Let's call it a day.