"Dancing with the Stars" recap: The final four - and why each will or won't win

Who will win next week in the season finale of "Dancing with the Stars"? I went through each remaining contestant to see why they've got a chance and why they'll come up short. The results ... really shouldn't surprise you.

Well, that was a bummer.

Going into Monday night's semifinals, there was certainly a chance that Victoria Arlen might get the boot. She's been good if not great over the last few weeks, and as cynical as it sounds, it's been a while since there's been a focus on her incredible story of impossible recovery. Crazier eliminations have certainly happened.

But there was no way to prepare for just how devastatingly sad it was to see Victoria wind up just out of reach of the finale, getting edged out by Frankie Muniz and looking immediately and truly heartbroken afterward. She seemed devastated that she wasn't going to be able to fight in the finale – and the episode set her up for a good run in the championship too, with her emotional contemporary routine tugging on the heartstrings while her Charleston burst with energy and vigor.

Host Tom Bergeron and her partner Val tried to bring up her spirits – heck, even her parents were brought onto the stage – but Victoria seemed truly crestfallen, and it made for a bittersweet, tragic end to her otherwise miraculous and inspirational run on the show.

And now I'm just bummed out.

So ... uh ... THE FINAL FOUR! Wee! Let's get excited! Woo! We've finally reached the final episode of this monumental 25th season, one impressively filled to the brim with actually talented, toe-tapping celebrities. For the final finale prep, the dancers had to do a dance representing their journey – as selected by their partner – as well as an "iconic" dance from the show's past (which, calm down, "Dancing with the Stars," no one remembers any numbers from this show after it ends. I barely do and it's literally my job; I take notes and everything).

Some, between the two numbers, delivered some iconic dances of their own; others struggled in this second-to-last meaningful episode. But who will win next week? I went through each remaining contestant to see why they've got a chance and why they'll come up short.

Iconic! What do you think @juleshough and @apoloohno would say about #TeamFranneyPack's Paso? #DWTS #Semifinals

Why he'll win: As Len pointed out during last night's semifinal, there's a certain innocent joy to watching Frankie on the dance floor. You can tell he's giving it his all and that he's really going for it – without losing control or finesse in the dancing in the process, like Drew Scott sometimes can. It makes Frankie a special contestant to watch and a fun one to root for. Plus, he may have been in the bottom the most of anyone remaining on the show, but that just makes him a survivor, right?

Why he won't win: He's been in the bottom the most of anyone remaining on the show, and this most recent time might be the one that kills him. If there was ever a time for a backlash vote from the audience, it would be now from sad fans bummed Frankie stayed while Victoria left – and it wasn't like he was getting a ton of votes before, clearly.

Unfortunately, he can't particularly look to his dancing to save him either, as this second-to-last show wasn't his finest work. The Ying-Yang Twins routine was fun, but it lost sharpness and confidence as it went along – and as mistakes piled up – and for a night about journeys and emotional numbers, Muniz dunking in slo-mo before ripping his shirt off during a rap song wasn't one of them. He did better on his paso doble, but everyone from Bruno to Carrie Ann to Len had notes about his posture, his breathing and his shaping. It was not a signature combination of dances on a night when he really could've used one final impressive push for the mirror ball.

His biggest problem, however, is that he's not Jordan Fisher. 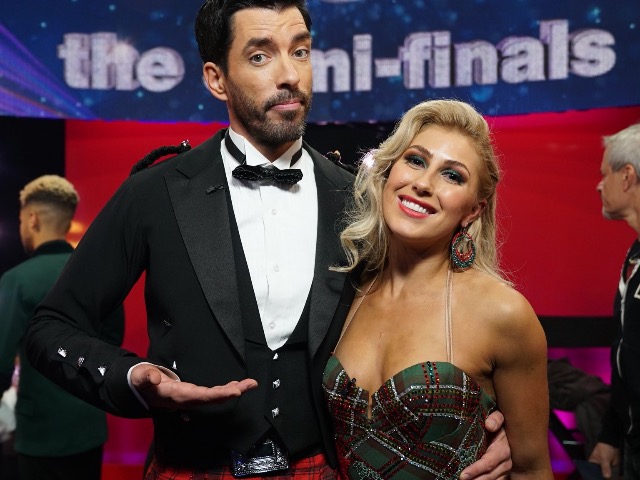 Why he'll win: As I always say, if you were to make a Venn diagram of people who watch "Dancing with the Stars" and people who watch HGTV, you'd find up with just one complete circle – and Drew Scott in the middle. He's got a big fan base that's been carrying him through some rough times here in the backend of the season – so much so he's still never been in the bottom.

Audience aside, however, Drew's the kind of dancer people like to watch on a show like this. He's wildly energetic and enthusiastic – to the point of causing problems, as we saw in his bizarre Scottish tango last night – and his storyline of growth on the show has been impressive. He was pretty overtly bad in the first weeks, but he's evolved into a competent dancer who maybe shouldn't be in the final four but isn't embarrassing the show by being there.

Why he won't win: He DEFINITELY shouldn't be in the final four. For a few weeks now, Drew Scott's impressive growth on the show has halted and he's been stuck as an OK but clearly lesser dancer than the rest of the competition. Take last night, where his Scottish tango had the same problems as his action movie number, his excessive attack causing his posture and control to take the wind out of his dance – and his bagpipes – while his jazz tribute number was fun but lacked finesse.

And also he's not Jordan Fisher. 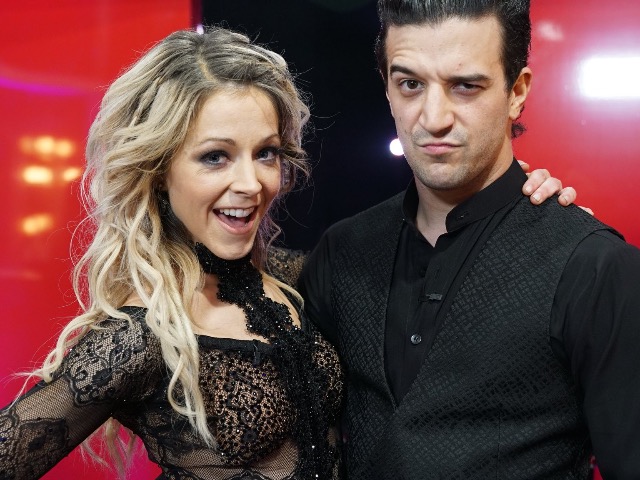 Why she'll win: And then there was one woman left on the show: Lindsey Stirling, the final female representative. And she deserves the recognition. All season, she's delivered sharp, snappy and emotional routines – partly thanks to her own skills, obviously, but partly thanks to Mark Ballas's signature inspired choreography, which is on a whole different level than what everyone else is doing. The dad number that managed to make the red balloon from "It" touching and not terrifying. The robot number that was worth the insane makeup. Even last night's bedroom number was beautifully done.

Why she won't win: The problem with being pretty great from the start is that, by the end of the season, either your performance is perfect or, eh, it's just another pretty solid number. That's the reason why Drew Scott's still around; his overt growth throughout the show gives him an engaging storyline. And that's the reason, I think, why Lindsey Stirling's dances have gotten less engaging near the end of this run. She started out great and now ... well, she's still great, but not to the insane, professional perfection level of her nearest competition. It's just easy to take her capability for granted after all this time – a shame because she is a joy to watch on the dance floor (except for during their "iconic" number, because all those flashing, spazzing lights in the background were distracting me and giving me a seizure).

Another thing we'll have to watch out for, too, is that she's not Jordan Fisher.

Not even a scratched cornea and injured knee can stop #TeamFishUponAStar. SO PROUD of these two ❤️ #DWTS #Semifinals

Why he'll win: Do you have eyes?! Have you been watching the show?! CAN YOU SEE!? For weeks now, Fisher's been in a different class than the rest of his "Dancing with the Stars" cast, blazing around the dance floor with pizzazz and perfection. Their first dance maybe could've used more heat, but I – and I imagine America – will let it slide since Lindsay was working on a bum leg and Jordan is playing through a scratched cornea (because the immaculate dance team NOW needs injury sympathy? YOU'RE NOT MAKING THIS FAIR!). Plus, his second number was a total scorcher, with Fisher's insane energy and snappy footwork living up to its "iconic" predecessor – and maybe even outdoing it.

I used to be afraid that he wasn't famous enough to win or that being a Broadway star would make people avoid voting for him out of resentment – because OF COURSE he's had some dance training then – but those worries have disappeared. He's never been in the bottom this season, and by this point, he's just too good to not win. Has anyone else gotten a standing ovation from Len? No? Didn't think so.

Plus, he worked for Disney. THE FIX IS IN!

Why he won't win: Because he's not Jordan Fis ... oh wait, yes he is. So he should be fine. Unless there's some kind of grave accident and the "Hamilton" star dies before next week Tuesday, this trophy is Jordan Fisher's to win. And even if he did get fatally mauled by blood-thirsty manatees over the weekend or something, he'd still probably deserve the trophy.