Let's be honest. The expectations for restaurants located near or within area malls tend to be relatively low. But, sometimes a venue rises up, surpassing expectations and offering an experience that rivals that of smaller, independent venues.

Let’s be honest: The expectations for restaurants located near or within area malls tend to be relatively low. But sometimes a venue rises up, surpassing expectations and offering an experience that rivals that of smaller, independent venues.

Such is the case at Devon Seafood + Steak in the Bayshore Town Center at 5715 N. Bayshore Dr., a restaurant whose approach to meeting the market’s needs has recently taken a turn for the better.

First, a bit of history. Devon Seafood + Steak’s parent company was founded in Leawood, Kansas, in the early 1950s. Over the past 65 years, the company has grown to include numerous brands, including a variety of specialty restaurants throughout the Midwest and eastern regions.

For years, the company’s restaurants followed the usual corporate model, offering copy-cat restaurant experiences at all of its locations. But, thanks to a culture shift over the last four to five years, locations in various cities are now changing to meet the needs of their local clientele. The shift can be largely attributed to locally-based management, including Katie Wysocki, general manager of the Bay Shore location (pictured above).

Wysocki, a Milwaukee area native, was part of the team when Devon opened in 2006. She began as a server, helping to train other front of house staff. She then moved on to become a corporate trainer and eventually manager at Devon Seafood Grill in Chicago, where she worked for two years before returning to Glendale to accept her current position. And, over the years, she pushed for changes that would really set the Glendale location apart.

"In so many ways, we’re creating a place that’s appealing across generations," Wysocki says. "We’ve got a cozy, intimate feel, which really appeals to the older generation. We also have a really great bar and patio that appeals to a younger crowd. In the end, I want everyone -- including my friends, who are in their 30s -- to be able to come here and really get something that they’re excited about."

Among new menu options that have been implemented in recent months are bar offerings, including cocktails crafted with local spirits from distilleries like Great Lakes Distillery, Wollersheim and 45th Parallel, as well as more chef-driven composed plates.

"As we’ve listened to what the Milwaukee community has told us, we’ve adapted our offerings to really fit our guests," she says. "We’ve always had a number of dishes to accommodate those who don’t eat seafood, but we’ve also added some items that are really more composed and chef driven." 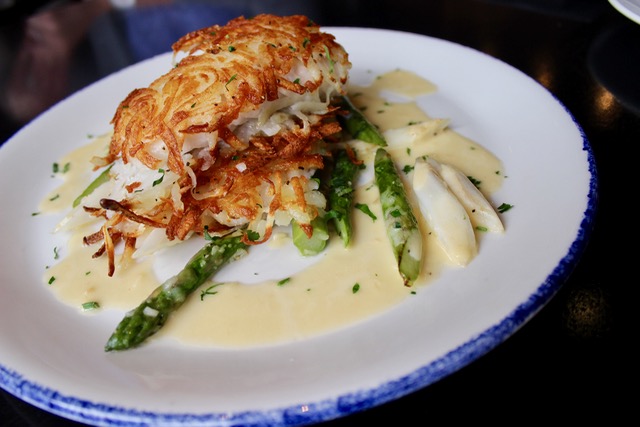 "We’ve brought in more local ingredients, including Great Lakes walleye and perch," Wysocki explains. "And we’ve adapted our side dishes to make them a bit more appropriate to the Wisconsin diner. New offerings include German braised cabbage, creamed corn with bacon, and poblano au gratin potatoes."

Those items can be enjoyed with a variety of entrees, including Devon’s popular crab cakes, which are made with jumbo lump blue crab meat and very little filler. 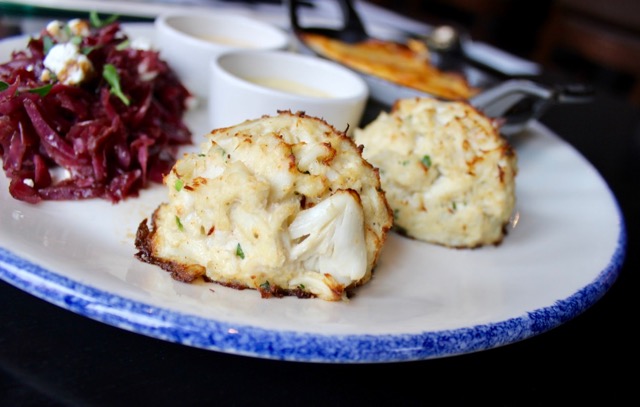 "We always had incredible fresh seafood," Wysocki notes. "But seafood is so much more accessible now; folks can buy it at the store and come home and prepare it for themselves. So, it was about adding things to the menu that people really wouldn’t want to make at home, things that have more of a chef’s footprint on them."

And sometimes the devil is in the details. Take the scratch-made signature white cheddar peppercorn biscuits which are now served alongside butter with Wisconsin maple syrup and sea salt. 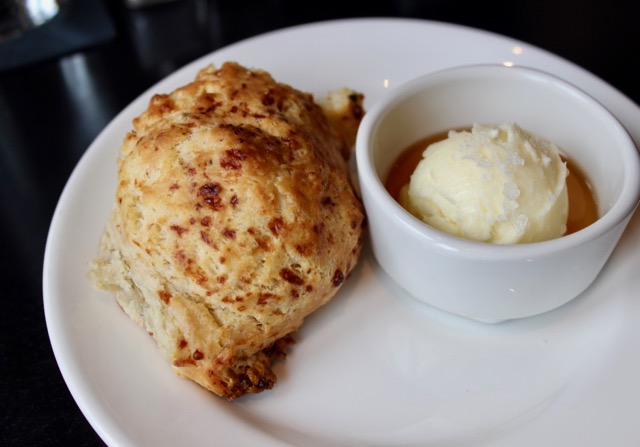 Wysocki says one of the things that has always been part of the Devon footprint is scratch-made fare and its fresh fish list, which changes daily. However, she says what the new menu items showcase are ingredients and dishes that really appeal to folks at the Glendale location.

Dishes like andouille hash served with a fried egg and the option of adding a 5-ounce top sirloin or grilled chicken breast, provide a unique meat and potatoes meal, she says, with a hint of flair. 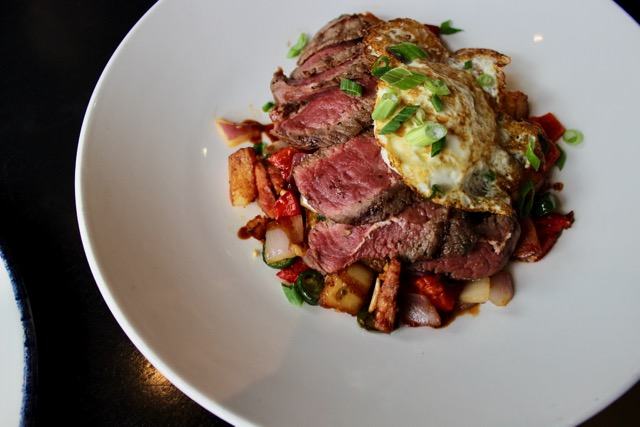 "When I think of a true home cooked Wisconsin meal, this is the sort of thing I think about. It’s meat and potatoes, but it’s also interesting. There’s a bit of kick to the andouille sausage. There’s peppers onions, potatoes and housemade steak sauce. The steak is mesquite grilled, so it’s a bit smoky."

And the new additions on the current menu aren’t the last changes you’ll see.

Just the tip of the evolution

Wysocki says she’s also committed to Devon’s involvement in community outreach, including making charitable donations for area fundraisers, an element she says is a vital component when it comes to creating a sense of community.

And that, combined with ongoing changes to the menu, have made Devon Seafood + Steak a better place to dine.

"The menu changes were something that I really wanted to happen for a very long time. As I looked at the landscape of Milwaukee restaurants, I noted that they were moving in a completely different direction. There’s so many small, chef-owned restaurants. I knew we needed to give people things that were really unique and thoughtful. Why would we want to look like a corporate restaurant? Why not make ourselves a great fit for Wisconsin?"