"Disney on Ice" comes to Fiserv Forum Feb. 14-17 and here's your chance for an early meet-up with Prince Charming himself.

If Semyon Kazantsev were to have an online dating profile he could rightfully type "Prince Charming" as his occupation. It's true: for the past five years, the Russian ice skater has played the romantic part with "Disney On Ice: 100 Years Of Magic."

Disney on Ice comes to the the Fiserv Forum Feb. 14-17. Tickets are still available here. 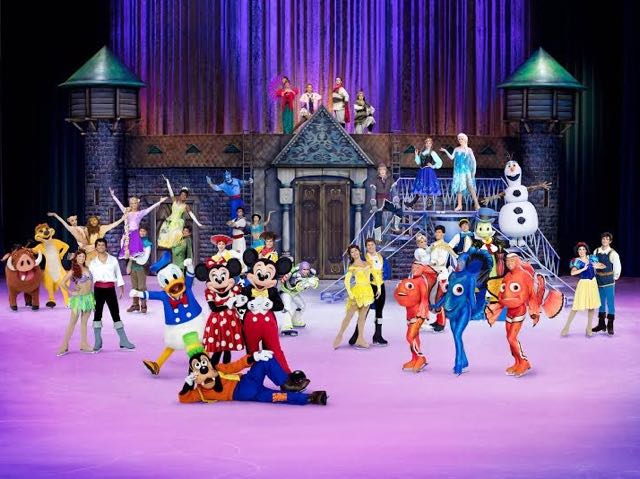 OnMilwaukee recently chatted with Kazantsev and asked him seven questions about his personal and professional life.

OnMilwaukee: How old were you when you started skating?

Semyon Kazantsev: I started skating when I was 4 years old. My father was a master pair skater and I wanted to follow in his footsteps. I competed on the national level in Russia for a while before I started performing in shows.

What do you like most about your role as Prince Charming?

He is a royal character and one of the main characters of a classic story that so many people know and love.

How many hours a week do you practice ice skating?

Right now, even when touring, we practice six or more hours a day. We have to stay in very good shape. When I was competing, I practiced even more. I also have to lift weights and eat very healthy so I am physically strong and able to do everything my part requires: jumps, lifts and so on.

Have you ever been injured on the ice?

I have. People might not think this about ice dancing, but it’s a dangerous sport. I have had many injuries. Once I broke my nose during a triple twist. It was terrible.

What are your dreams for the future?

Someday I would like to try a different part with Disney On Ice. I think it would be very interesting. And maybe when I’m older – I’m only 24 – I would like to be a director of a show and coach others.

Do you have time for hobbies in your rigorous practice and work life?

I do. It’s very common on tour for us to take time for hobbies. I like to play guitar and read books. I really like cooking, which is something I can’t really do on the road, but I do when I am home.

Do you get homesick?

Oh, yes. I miss the usual stuff: food, friends and of course family. But I am having a lot of fun with this show.