Justin Tarantino has worked at Tonic Tavern, 2335 S. Kinnickinnic Ave., for two years. He started helping out as a bar back and within a short period of time became a full-on bartender. He says he owes everything he knows about bartending to veteran bartender Paul "PK" Kennedy.

Justin Tarantino has worked at Tonic Tavern, 2335 S. Kinnickinnic Ave., for two years. He started helping out as a bar back and within a short period of time became a full-on bartender.

"I owe everything I know about bartending to PK (Paul Kennedy)," says Tarantino.

Kennedy is a veteran bartender who has worked at Tonic since 2009.

Recently, OnMilwaukee.com stopped in for a few pints and a chat with both Kennedy and Tarantino about life behind the wood at Tonic. Kennedy also threw out a few interview questions. With a shot or two of schtick, of course.

OnMilwaukee.com: I’m sure you get this all the time, but I gotta ask: are you any relation to Quentin Tarantino?

Justin Tarantino: Not that I know of.

Paul Kennedy: But his nickname is "Grindhouse." ("Grindhouse" is a horror film double feature that was co-written, produced and directed by Quentin Tarantino.)

JT: And PK’s nickname is "Road House," especially when he has to kick people out. ("Road House" is a film featuring the late Patrick Swayze as a bouncer.)

OMC: Were you born and raised in Milwaukee?

JT: I was. I lived in Bay View, then the Garden District. I went to Riverside and then lived on the East Side / Riverwest until I got the job at Tonic. Then I moved back to Bay View.

OMC: So what have you learned from PK?

JT: Mostly, to be alert. And how to make a lot of drinks.

JT: Besides pouring shots, I like making whatever a person wants.

JT: Jameson and ginger or Stoli and seltzer – depends on my mood. I used to like beer a lot. I don’t as much anymore – it just gets me bloated – but I still like IPAs.

OMC: What is one of your bartending pet peeves?

JT: Ha. Honestly, though? Nothing. What bothers other people – like people not knowing what to order – doesn’t bother me. It just comes with the territory. 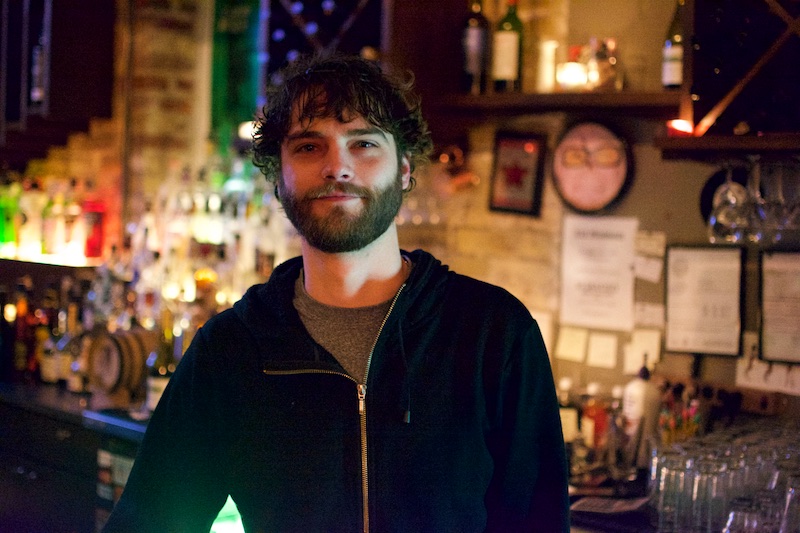 OMC: What do you like to do when you’re not working?

JT: I like to sit on your side of the bar at the Newport, the Stone, Tin Widow, Sabbatic or Foundation when I’m on the East Side.

OMC: How do you cut people off?

JT: I just give ‘em a water and tell them they’ve had enough. People typically accept it. Most of the people who come here are pretty professional with their booze.

JT: It keeps me social and it’s not boring. Even when it’s slow, it’s never boring.

OMC: Have you had boring jobs in the past?

OMC: Lifeguarding? Are you a swimmer?

JT: I was in high school. I still swim, but mostly in the summer, at the beach.

OMC: Do you swim in Lake Michigan?

JT: Oh, yeah. I’ve swam in that lake my whole life, with the exception of a few years in high school when it smelled like dead fish.

OMC: What is one thing you’d like to change about Milwaukee?

JT: I’d like to see better public transportation. The bus is OK, but it’s not completely dependable. I usually just ride my bike.

OMC: All year ‘round?

JT: Yeah, pretty much. I started when I lived in Riverwest and rode to my job at the airport. That was a long ride, but I could still get there sometimes quicker than I would taking two busses.

OMC: So, you have any questions for Justin, PK?

PK: Have you ever waited on any celebrities?

JT: Besides you PK?

PK: Good job. We worked on that before the interview. How about this: Justin, what’s the craziest thing you’ve seen as a bartender?

JT: There was a guy passed out on the toilet. But he had pants on – he was just sitting there, taking a nap.

PK: We might have been out of seats at the bar. 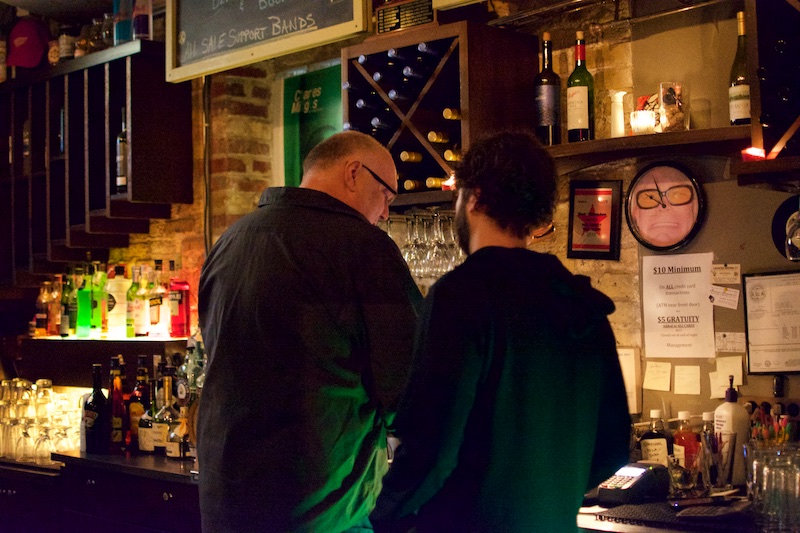