The crystal chandeliers, vaulted ceiling and terrazzo floors reflect beauty and opulence, but despite its grandeur, The Knickerbocker On The Lake has a very homey feel to it.

Upon entering the boutique hotel, built in 1929, we felt both charmed and comfortable. The crystal chandeliers, vaulted ceiling and terrazzo floors reflect beauty and opulence, but despite its grandeur, The Knickerbocker On The Lake has a very homey feel to it. Perhaps it’s because the Classical Revival boutique hotel is the permanent residence of about 100 people.

"We have people who have lived here since the ‘70s and guests who are just checked in for the weekend," says Larry Robe, the Knickerbocker’s general manager. "If that’s not unique, I don’t know what is." 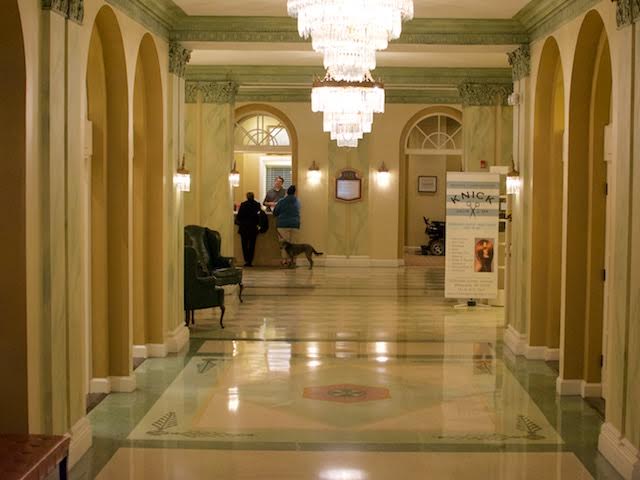 We particularly enjoyed seeing long-term tenants checking their mailboxes in the lobby and walking through the foyer with small dogs. Although, according to Robe, the hotel’s dog policy changed in 1999, restricting new tenants from having pets but "grandfathered in" current pet-owning residents.

"Unit owners who had two dogs in 1999 were told they could have two more dogs after their current dog but then no more," says Robe.

All of the 180 units were originally built as condos / apartments and so there are 27 different room layouts. They feature full kitchens, living rooms, a separate bedroom and a bathroom. There is also lots of closet and storage space, which is something not usually built into hotel rooms.

"In the majority of hotels today you’re lucky if you get a microwave and a small fridge," says Robe. "This is something our guests really appreciate." 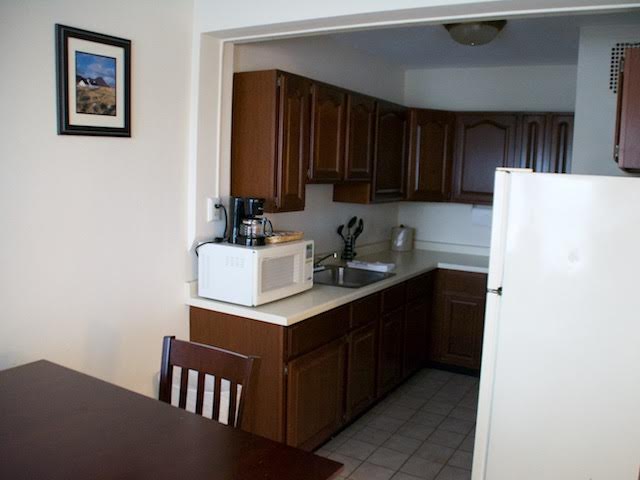 Although we ate dinner in the Knick eatery on the ground floor of the building, we liked having the option to make a full meal if we had wanted to. We also appreciated the full-sized table in a "dining nook" attached to the kitchen.

There was also something about the physical key to our room, instead of the more-common scan card key in modern hotels, that made us feel even more like residents than guests – which is a romantic notion. 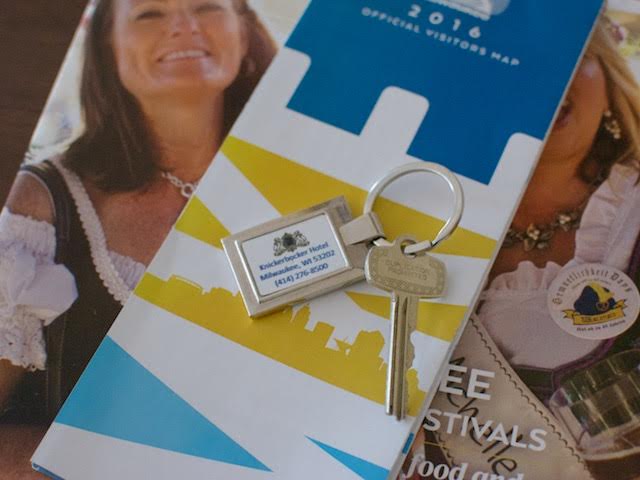 Our unit, which had a calming view of Lake Michigan, was clean and nice, but certainly not as upscale as the building’s foyer. Instead, the overstuffed furniture was slightly dated and we found the lack of wall hangings to be a bit odd. There was not a single piece of art on the bedroom walls and just a few too-small-for-the-wall marine-themed prints in the other rooms.

But this lack of luxury was offset by the space's cheerfulness and felt more like someone’s home than a rented room. Plus, the important aspects of a modern hotel stay were in place: a massive flatscreen television, a new and comfortable mattress and box spring, excellent water pressure in the shower and the fastest WiFi we’ve ever experienced in a hotel. 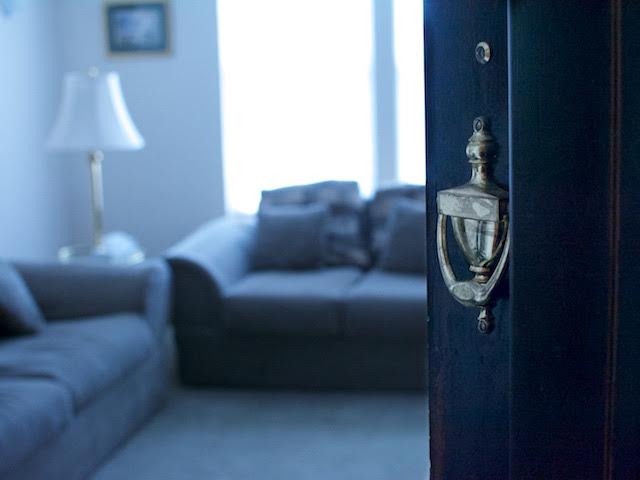 The Knick restaurant, on the ground floor of the hotel, features a variety of food and drink offerings, but is not managed by the hotel – the restaurant leases the space – and so guests cannot have food or drinks billed or delivered to their rooms. Although we had snacked on appetizers during happy hour at The Knick, this was our first full dining experience. Like the early evening noshes, the meals were extremely fresh and appetizing. 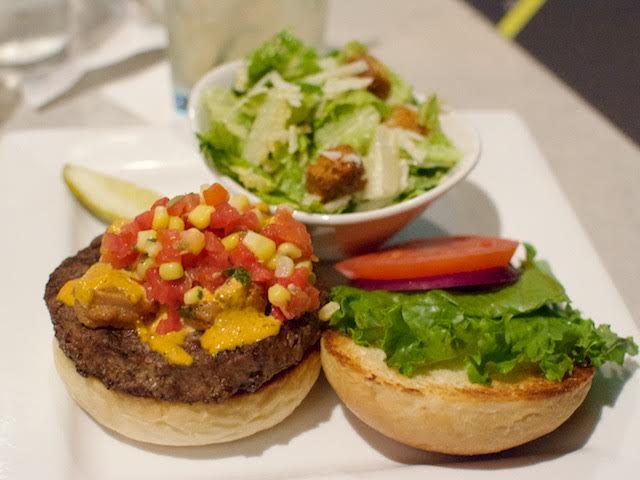 One of our favorite aspects of the Knickerbocker Hotel is also our favorite aspect of Milwaukee in general: its close proximity to the lake. Not only could we see it from both our room and while dining at the bar of The Knick restaurant, but just knowing it was so close was appealing. If the weather had been warmer and clear we would have slipped away for a lakeside stroll.

"We get a lot of guests who come for festivals at the lake because we're within walking distance," says Robe. 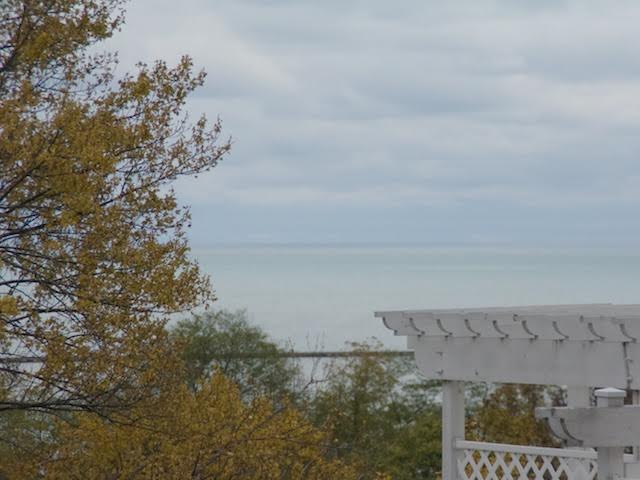 The bottom line at The Knickerbocker On The Lake is that guests who prefer the visual consistency of a chain hotel probably won’t appreciate the historic Knickerbocker as much as those who like Old World ambience mixed with contemporary amenities. This is not the Holiday Inn, nor should it be.

"In a chain hotel, the unit is the same in Milwaukee, Seattle, Denver and New York. But when you stay at the Knickerbocker, you get something really different," says Robe. 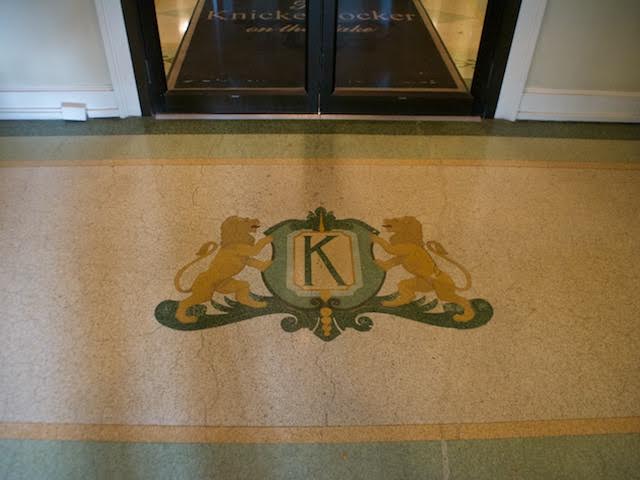 The Knickerbocker On The Lake, Hotel Week, The Knick, travel, Larry Robe