Last May, MillerCoors broke ground on a $50 million expansion of the Leinenkugel's 10th Street Brewery, which would bring 65 new jobs to the neighborhood just northwest of Downtown. Today, we stopped in to get a peek at the progress.

Last May, on an unusually cold and blustery spring day, MillerCoors broke ground on a $50 million expansion of the Leinenkugel’s 10th Street Brewery, which would bring 65 new jobs to the neighborhood just northwest of Downtown.

Today, as newly piled snow cluttered the site, we stopped in to get a peek at the progress. 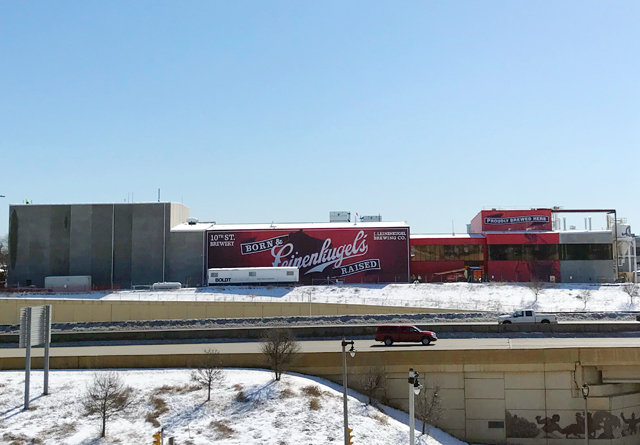 An overview of the brewery (existing buildings are red, new construction is grey). 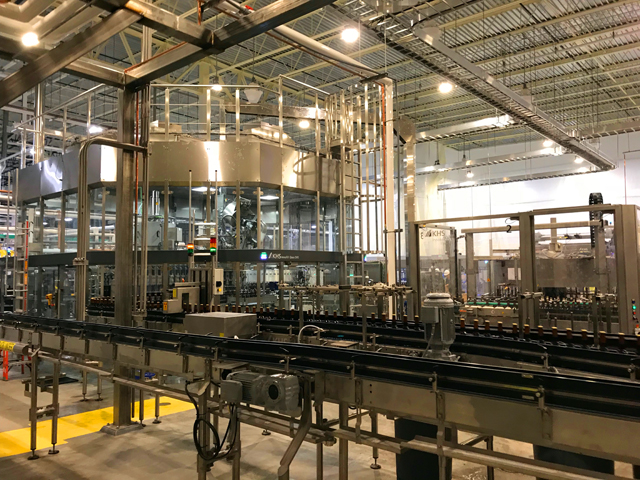 In the past 11 months, workers have put additions onto the south and north ends of the existing brewery building, erected by G. Heileman in the mid-1980s and purchased by Miller for Leinenkugel production in 1995. 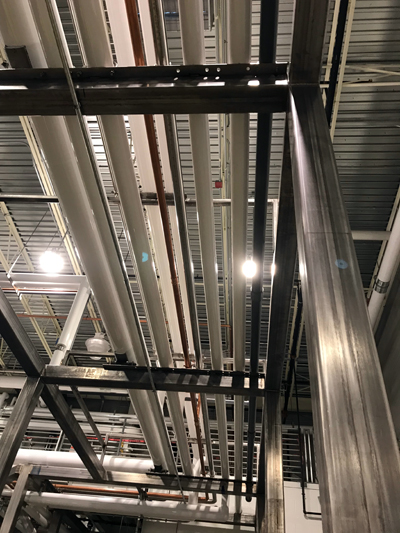 They’ve also built an entirely new bottling, canning, packaging and shipping building across the street and connected it with a skyway that pipes beer from the cellar over to the bottling and canning line.

"The new brewery expands our ability to do some of the brands that have some smaller or shorter runs and adds additional packaging lines for things like variety packs," says Jim Kanter, Miller Brewing’s Wisconsin general manager. "It will increase our ability to supply the best beers to the best customers in the world by about 10 times out of the brewery." 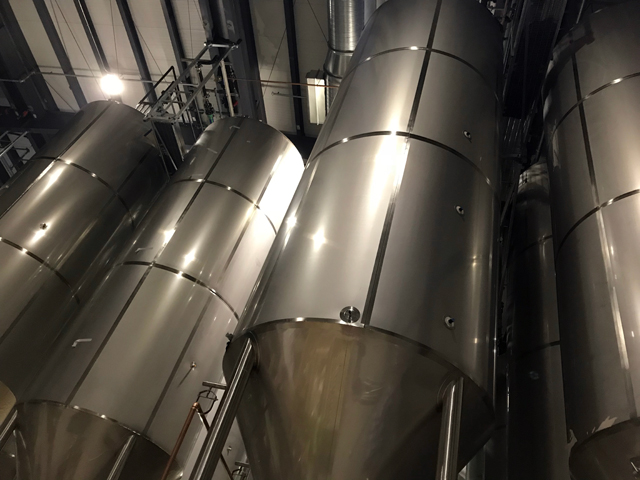 A new automated cellar adds 23 tanks (pictured above) that are also much larger than the existing 15 at the brewery. And the formerly lone loading dock door has been replaced with eight.

The expanded brewhouse (pictured below) will produce 12 brews a day, as compared to two now. Plus, the new equipment in the brewhouse and cellar allows for more flexibility in batch sizes, according to Janelle Heinrich, the new operations manager at 10th Street. 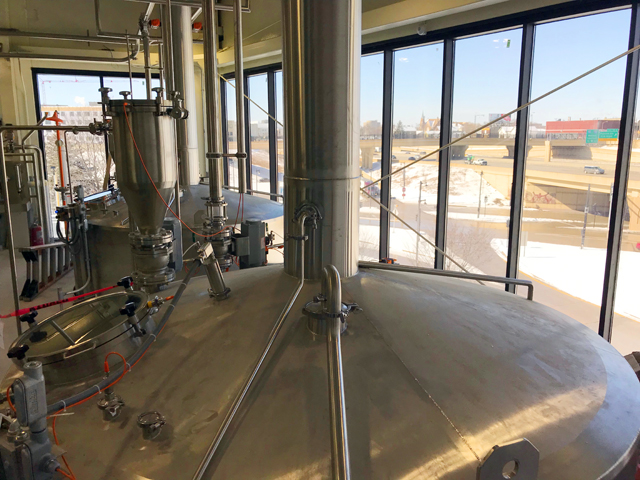 The brewhouse is now run by brewmaster Brian Destree, who comes over from the Miller brewery in the valley.

"It was a bit of a homecoming," Destree says. "When I finished brewing school my first job was here. I worked here for two and a half years before going over there. I left here as the low man on the totem pole and now I’m back almost 10 years to the day."

Did you know the new bottling line at the expanded @Leinenkugels 10th Street Brewery is already up and running? @MillerCoors pic.twitter.com/SciXJCZlmQ — Bobby Tanzilo (@BobbyOnMKEcom) April 19, 2018

The bottling line has already been up and running for about four weeks, says Heinrich, who adds that the new keg line should be operational by early May, with the new brewhouse cooking by June 1.

One packaging line is also already putting bottles into cases and six-pack holders. Another line that will allow the brewery to assemble multipacks, is being installed now.

Currently, MillerCoors outsources multipack packaging, which requires shipping unmarked cases of beer to a third-party, which breaks up those cases and reassembles them into multipacks by hand.

The new system not only automates the system, but brings the work in-house and saves time and money on shipping.

Another expansion of the original building is slated to go up to the north soon. It will house a cidery where all MillerCoors cider brands will be manufactured. Expected to be operational by late autumn, the cidery will be entirely self-contained, except for packaging, which will be done across the street in the new packaging plant.

At that point the project will be done ... for now. Heinrich says that they may do "a few more things, if capacity continues to expand."

"We’re building it for growth and there’s growth predicted thanks to fragmentation of the industry and this allows us to do those things," adds Kanter, without getting into further detail.

"This gives us a lot of flexibility. We’ll potentially be able to do other things here down the line. It gives us opportunity."