After financing came apart at the start of the pandemic shutdown – which hit the hospitality industry hard – a three-year-old hotel-based plan for the building was replaced with the new plan focusing instead on residential units. That change wiped out about $12 million in cost.

Developers J. Jeffers & Co. and Interstate Development Partners announced last Thursday that they have closed on the financing for the project, which will also utilize federal and State of Wisconsin historic tax credits.

Interstate’s Tony Janowiec walked me through the building, which I wrote about here a few years ago. (That linked article has a number of photographs taken before any work was started, as well as some historical images.)

In the past couple years, a lot of interior demolition work has been started. While the building is under construction, the MAC has temporarily relocated to 735 N. Water St.

Demolition work is expected to resume in about a week, according to Janowiec.

“We’ve got about five weeks of demo,” said Janowiec, “and then we will begin construction likely in January, working from the top (floors) down.”

Janowiec said part of the reason for that plan is that step one will be to fix roof leaks.

CG Schmidt is the general contractor and Kahler Slater the architect on the project.

The completed building will boast a range of amenities, some reserved for members and some available to the public.

Among the latter will be copious event space, including the stunning ballroom, the so-called “Wiken Room,” which features a massive wooden fireplace feature carved in 1948 by Milwaukee artist Dick Wiken, and a pair of spaces covered in murals painted by Robert Bushnell the same year.

The Elephant Lounge is expected to have a speakeasy vibe and regular public opening hours.

A planned restaurant space in the lobby may or may not be open to the public depending on the lease signed by an as-yet unacquired operator.

Amenities like a rooftop bar – that will occupy a newly constructed indoor/outdoor space – with pretty amazing views, a basement swimming pool, basketball courts, child care center, steam rooms, lockers rooms, workout facilities, a private lounge and a large co-working space will be for members only.

The building – as it has in the past – will include a number of private office spaces for rent.

The work is expected to be completed by the autumn of 2021.

There will be 54 residential units ranging from one- to three-bedrooms on floors eight through 12.

Janowiec expects to begin signing leases next summer, though he expects that to be a relatively easy process.

“The club has about 700 members,” he said, “and quite a few have already asked to be added to the list for the apartments. That’s a good place to be.”

Our walkthrough started in the lobby, where Janowiec pointed out that the current windows are much smaller than original ones originally designed by architect Armand Koch. The openings will be reset to the former size, helping to open the lobby to the street.

I glanced up and noticed that under a number of layers of ceilings added over the years, there were some spots where the original George Mann Niedecken-designed ceiling can be seen. Alas, very little of it remains.

Though we tried to find traces of the gorgeous Art Deco snake pit sunken bar in the corner of the lobby and in the basement below, we were unsuccessful.

In the basement, Janowiec pointed out that the former women’s pool, which had been covered up and later rediscovered, will become the facility’s pool. The men’s pool on the eighth floor will be filled in (using a method that will allow it to be uncovered at a later date, if desired) to create a large workout room.

Upstairs, years of carpeting will be removed and terrazzo floors restored.

The original basketball courts – located in a gym worthy of a classic high school – will also be restored. But up on the 12th floor, the former racquetball courts (a later addition) will be replaced with a golf simulator and sports lounge.

An elevator to the 12th floor and roof, currently accessed only by stairs, is also being added.

When it’s complete, the building be prepared to better serve its original purpose – a home to the MAC – but will also bring more residents Downtown and create some venues and event spaces that will benefit the public, too.

Here are some photos taken during my visit: 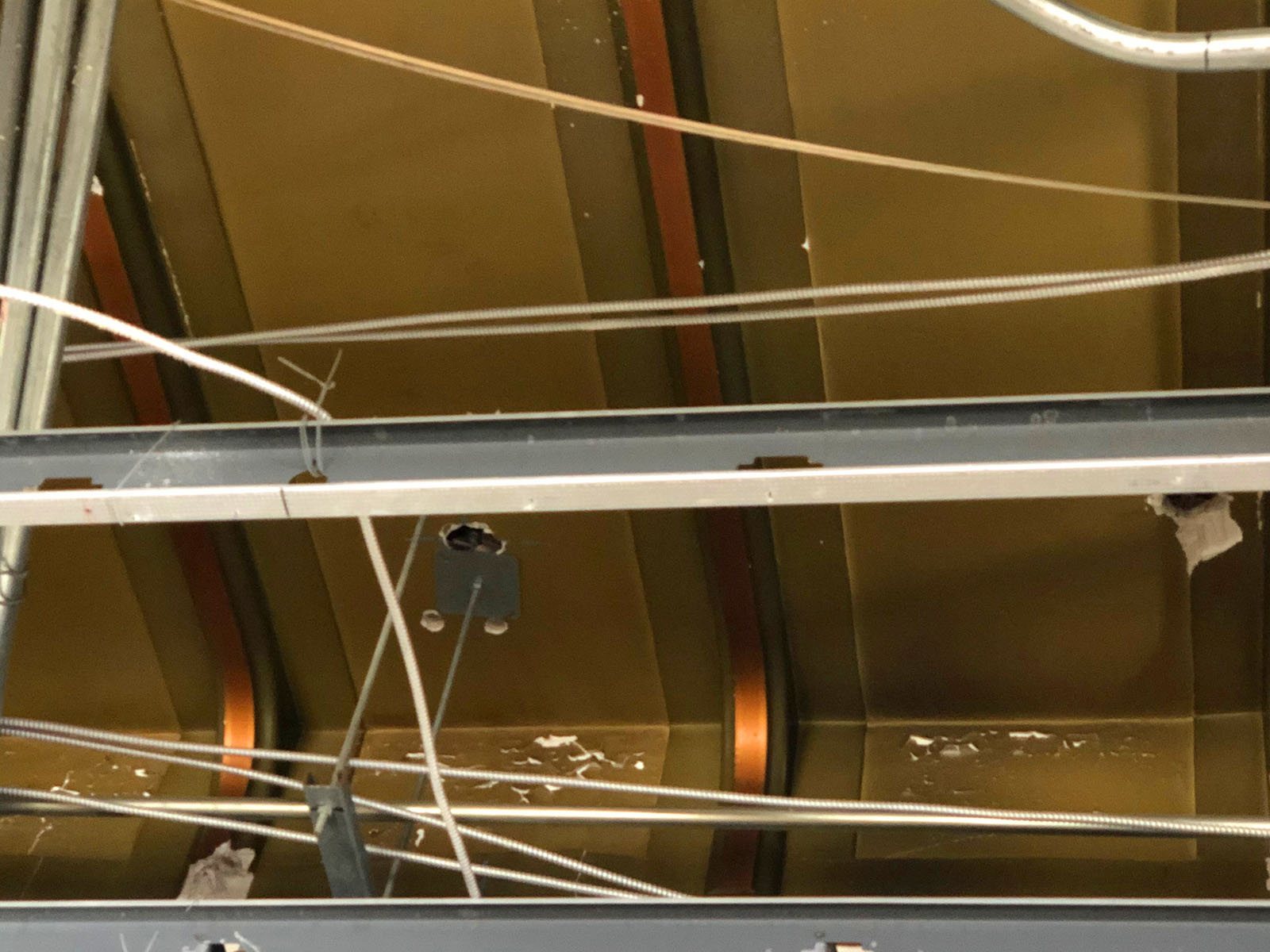 Lobby window openings will be enlarged 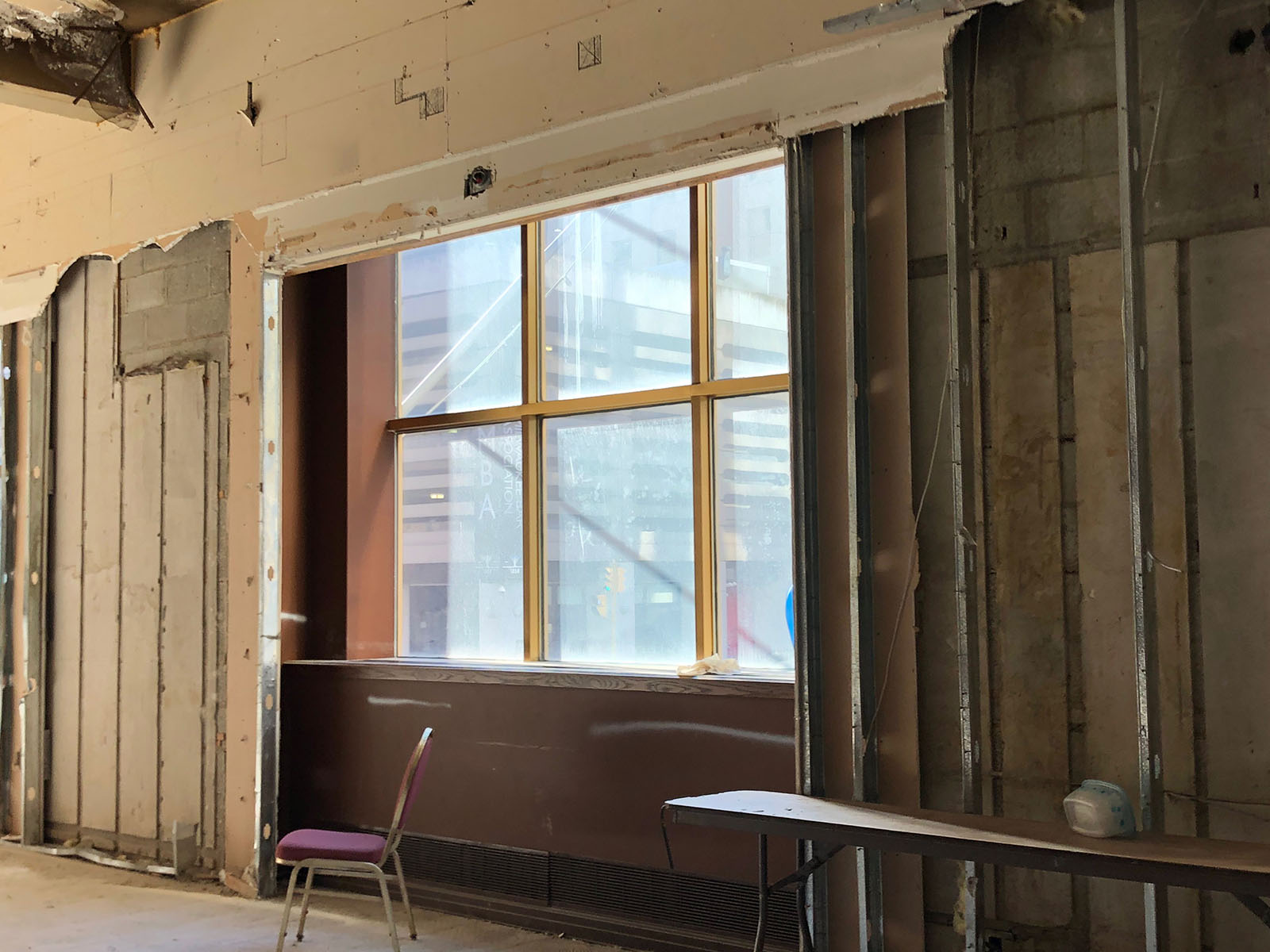 Former women's pool in the basement 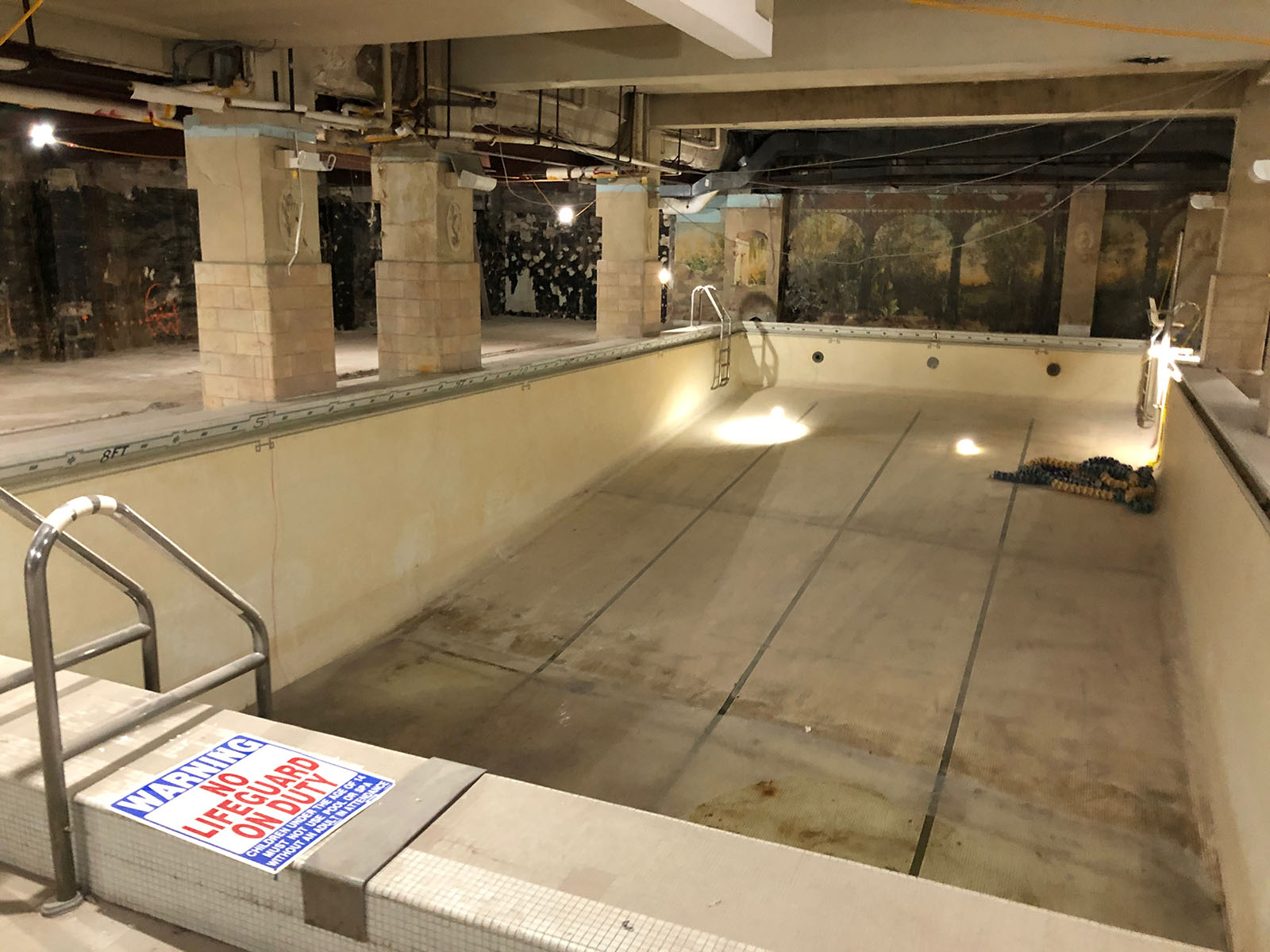 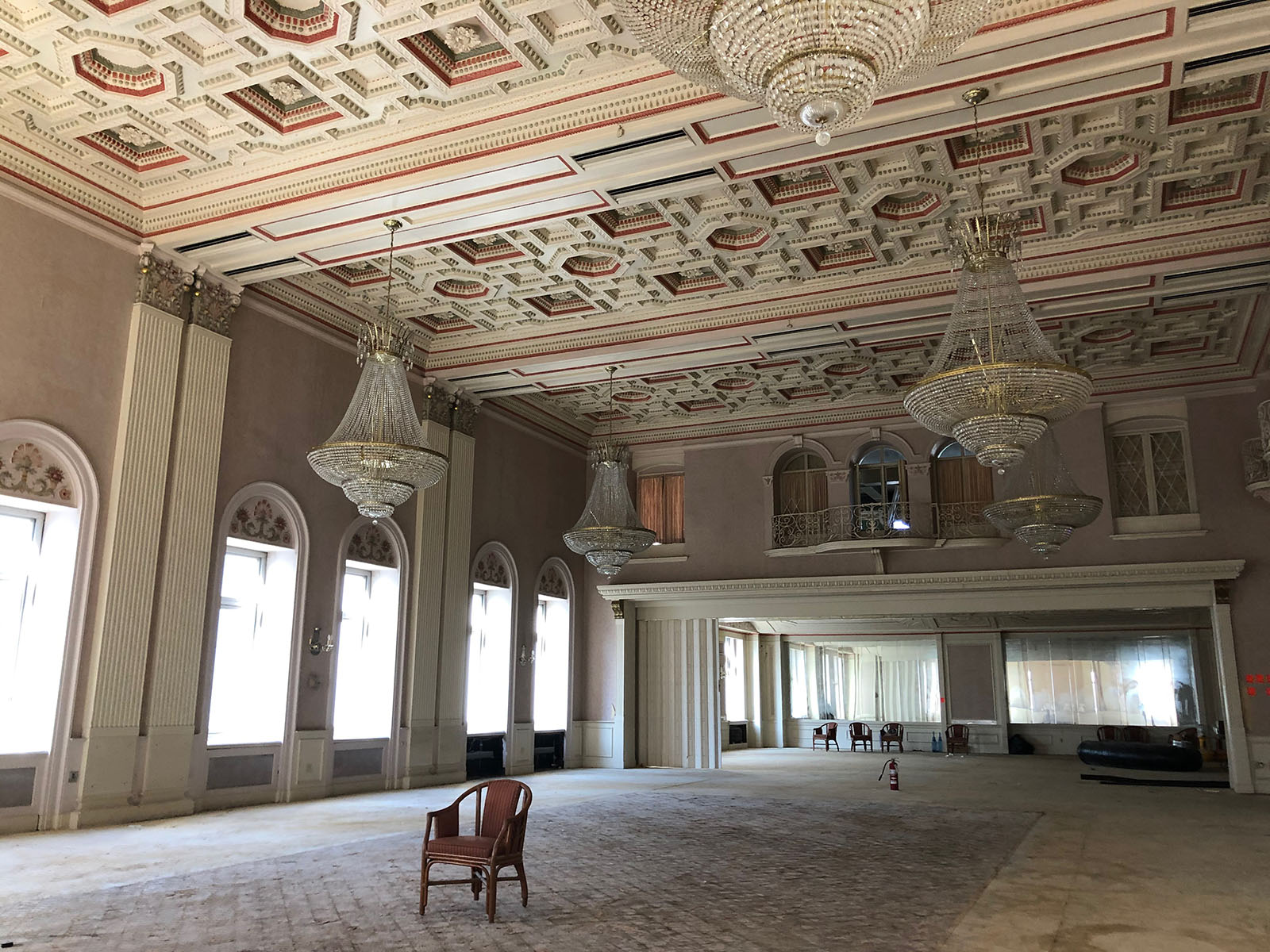 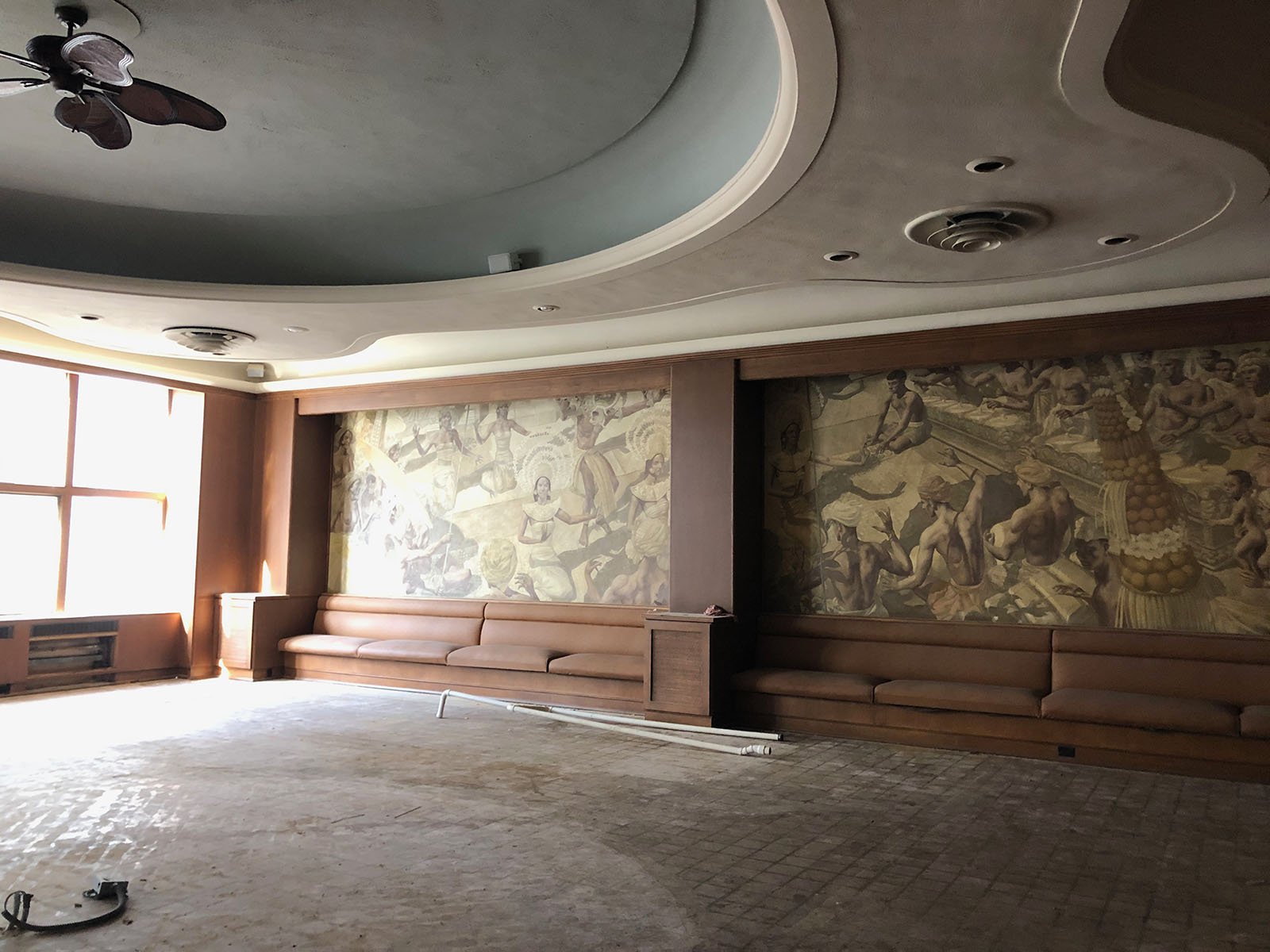 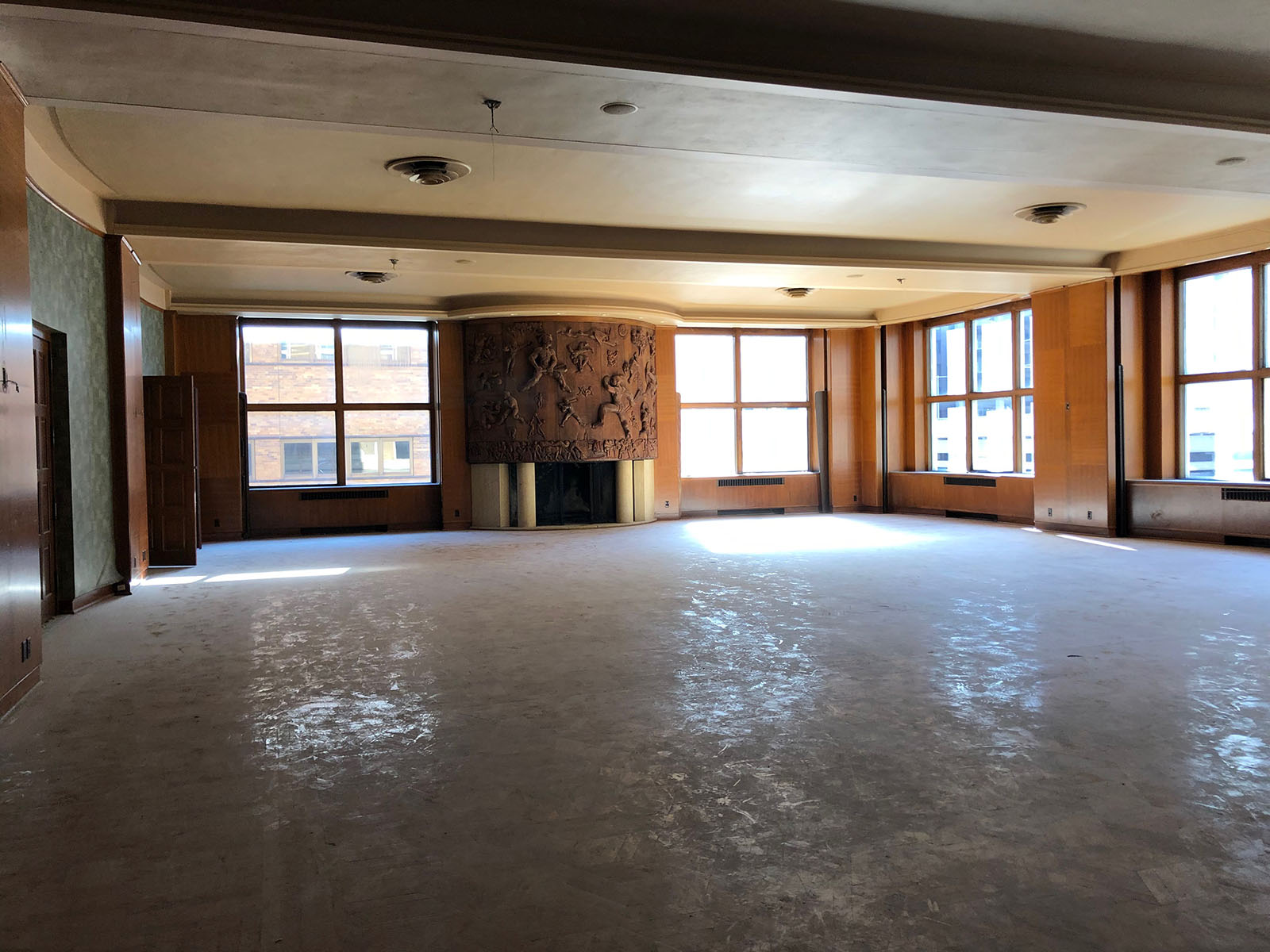 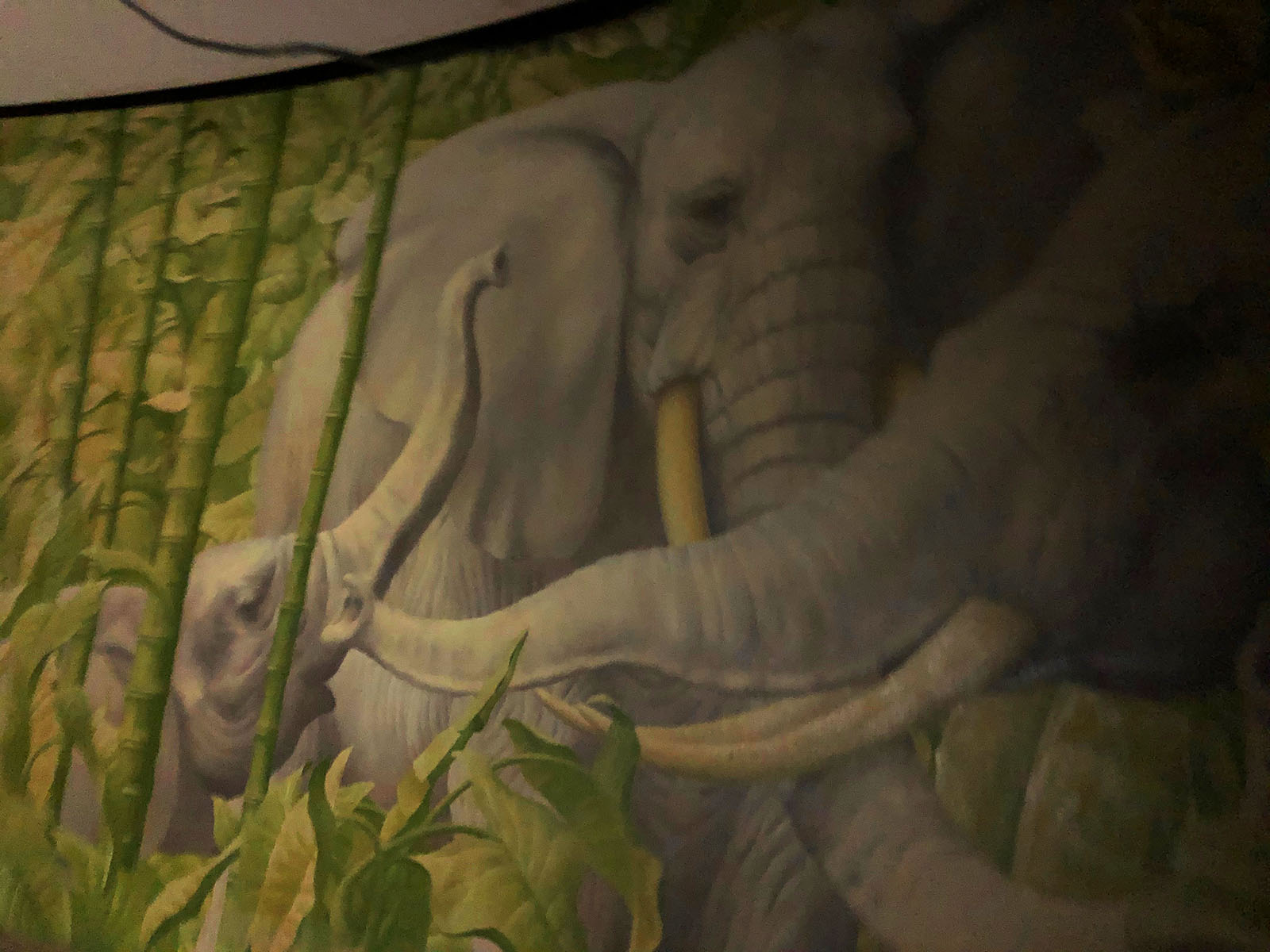 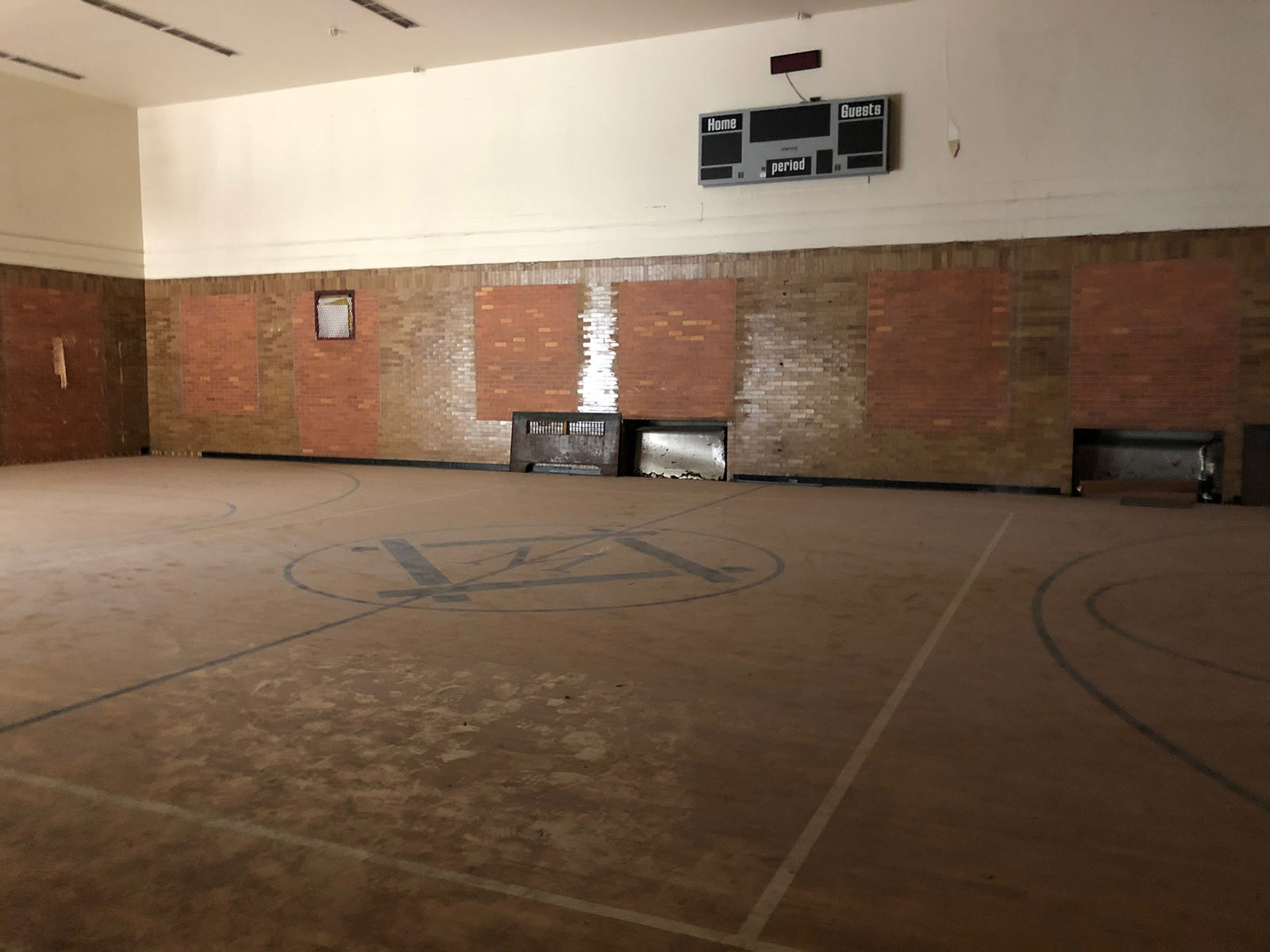 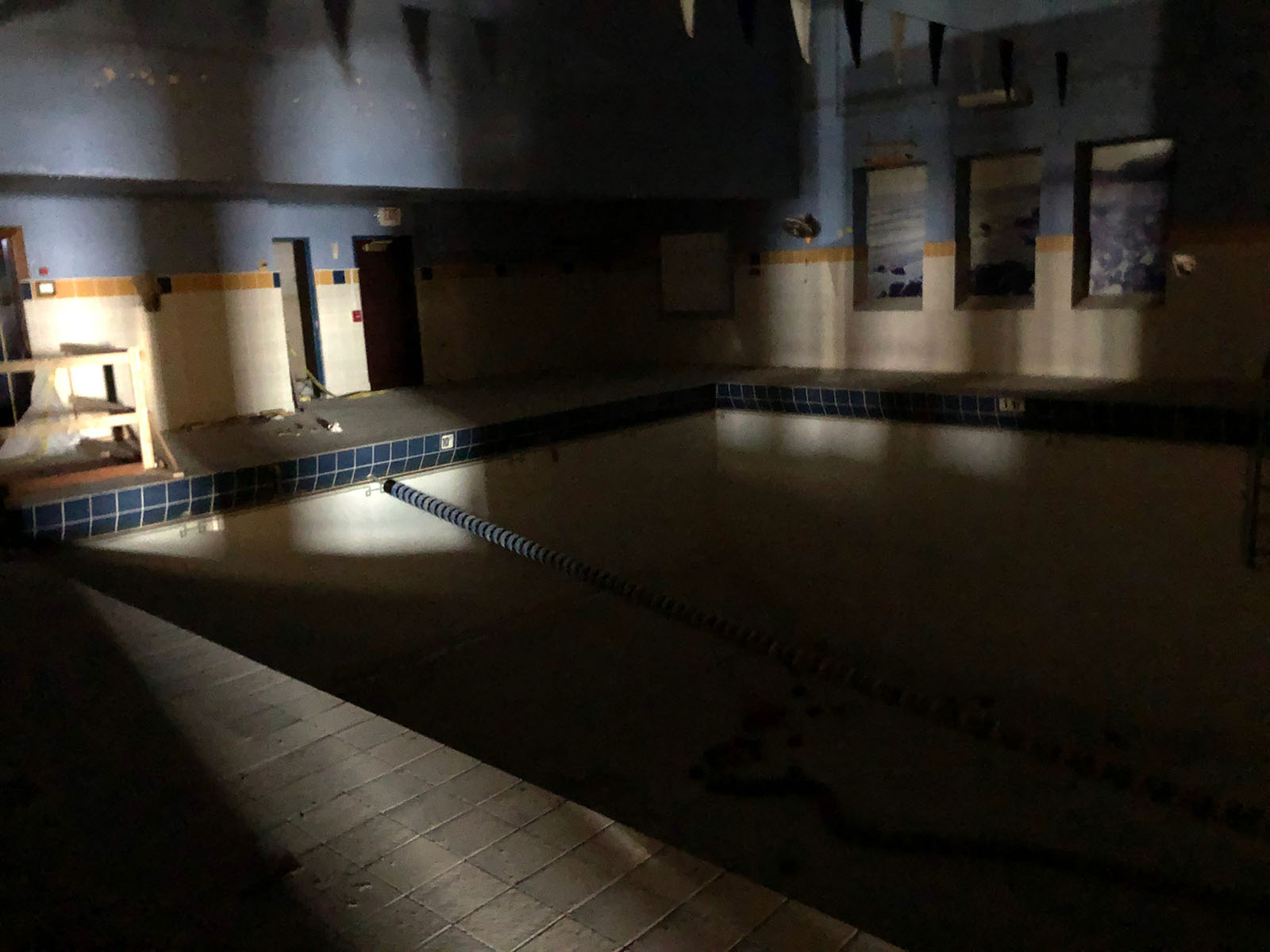 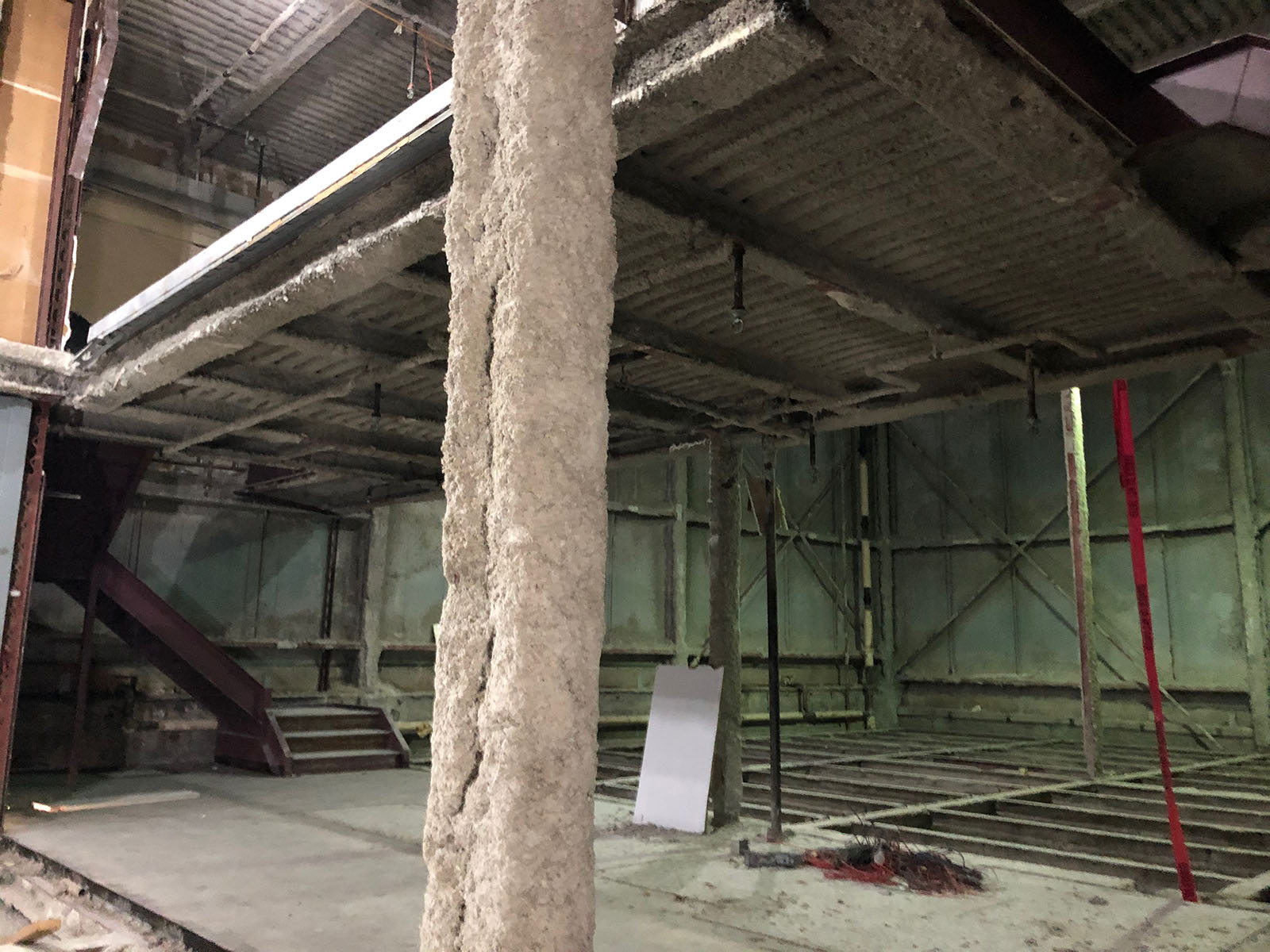 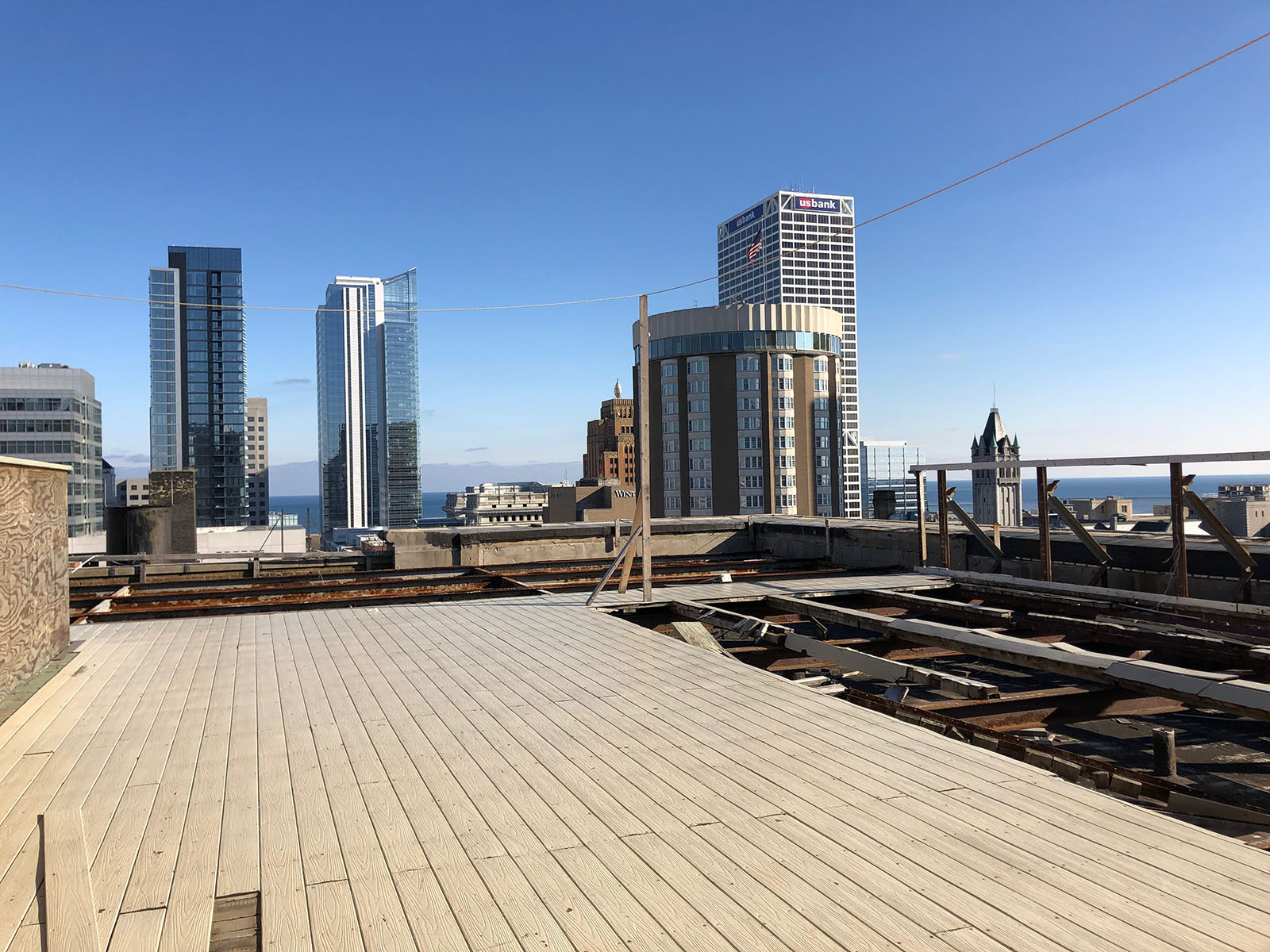