OnMilwaukee.com recently stopped in at Fink's for a brandy old fashioned and to talk with bartender Mario Lanza about music, travel, dogs and neck tattoos.

OnMilwaukee.com recently stopped in at Fink’s for a brandy old fashioned and to talk music, travel, dogs and neck tattoos.

OnMilwaukee.com: Where did you grow up?

Mario Lanza: I was born in Milwaukee but grew up in Germantown and Menomonee Falls. I started coming to Milwaukee when I was 14 for shows and I fell in love with the East Side.

OMC: When did you move to Milwaukee?

ML: When I was turning 19. I came here to play music; college wasn't my thing.

OMC: What do you play?

ML: I sing, currently in the band Human After All. It’s kind of a punk / heavy /emo mix. Hard to describe.

OMC: Do you have any upcoming gigs?

ML: We have two out-of-state shows at the end of the month. We played around here a lot this summer, so we’re starting to reach out to other places now, like Madison, Chicago and Minnesota.

OMC: What bands have been influential to you?

ML: That’s a tough question. There’s a lot. Anberlin comes to mind. They were more of a rock band or a pop punk band than a punk band, but they were definitely an influence.

OMC: Do you want to open your own bar someday?

ML: That’s "plan B" for me. My brother has been a business owner for a long time and we've talked about opening a bar someday, but I would really like to make it as a musician. I don’t even need to make a lot of money – although that would be awesome – but enough to support me and my dog.

OMC: Why kind of dog do you have?

OMC: If you did open a bar with your brother, what kind of bar would you want it to be?

ML: Kind of like this place. A neighborhood bar. Maybe with food. I like cooking a lot – my family is Mexican / Sicilian and really into food. I have some ideas and my mom does, too, but we would probably start as a bar first.

OMC: So, which of your parents is Mexican and which one is Sicilian?

ML: My mother is Mexican and my father is Sicilian. Big families. Lots of kids.

OMC: Have you ever been to Mexico or Sicily?

ML: I’ve been to Cozumel (Mexico) but that was on a cruise so I did not get to spend too much time there. I still have family in Mexico. I would really like to go to Sicily someday. My dad is 62 and he came to this country from Sicily with a lot of other people and so it feels like every one Sicilian knows each other here.

OMC: Do you speak Spanish or Italian?

ML: I understand a lot of Spanish, both of my parents speak it, but I don’t speak it myself.

OMC: Where do you live?

ML: I just moved from Bay View to the East Side, near Yield.

OMC: Tell me about your two neck tattoos.

ML: This one says "Reckless" with a heart because I’m impatient and ambitious and when I want something, I want it now. This one is from the Mayan calendar and it means "live in the moment."

OMC: Did you have to give serious thought to getting neck tattoos because, unlike other places, it’s hard to cover them up if you want to?

ML: A little bit, but I know I’m never going to regret them.

OMC: Do you have a specific tattoo artist?

ML: I have been tattooed by 11 different people. I’m really spontaneous about it. I wake up and decide I’m going to do it that day, so if one’s not available, another is.

OMC: What’s your favorite drink to consume these days?

OMC: What is that exactly? 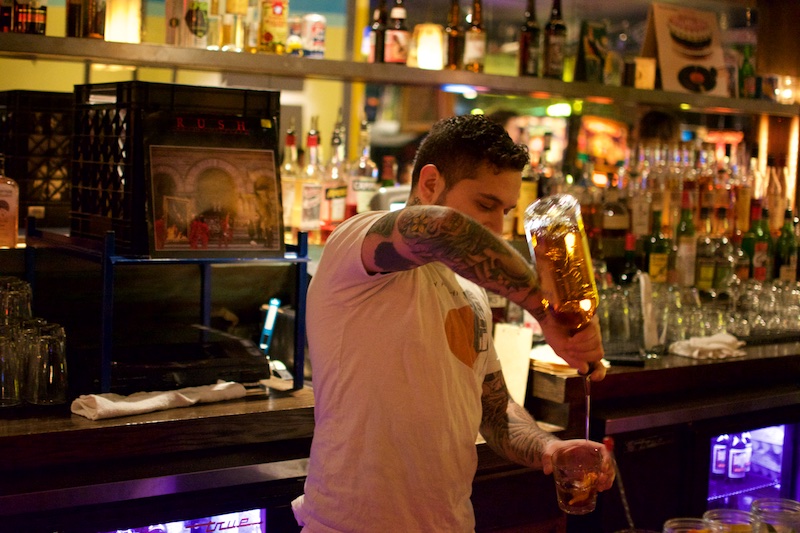 OMC: What bars do you like to go to when you’re not working or playing music?

ML: I like visiting friends at bars. So, here. Hi-Hat Garage, Malone’s, The Newport, Burnhearts. And any place with a pool table, I'm down.

ML: It’s "Smallwaukee" which can be a bad thing, but usually it's great knowing so many people. The summers here are amazing.

ML: For the most part, nay. Not really into huge crowds and expensive beer unless it’s a band I really want to see.

OMC: If your band could play anywhere in Milwaukee where would you pick?

ML: Turner Hall or The Pabst.

OMC: Does your T-shirt (which says "Say Anything") have to do with that John Cusack movie?

OMC: Do you have a girlfriend?

ML: No, I’m somewhat newly single. I’m going to be this way for a while, I think. It’s easier being in a band and wanting to be on the road.

OMC: Any hopes, dreams, plans for the future?

OMC: What do you like about touring so much?

ML: I've always loved it. Started touring when I was 16 – just a couple of broke kids in a sh*tty band. We did really short road trips and we didn’t make any money, but it didn’t matter. Every time I got back I just wanted to go right back out. I really like that you don’t know what’s going to happen that day or what the show’s going to be like or who you're going to meet. Every day is a completely new experience and you get to see a lot of really cool things and a lot of crazy things. 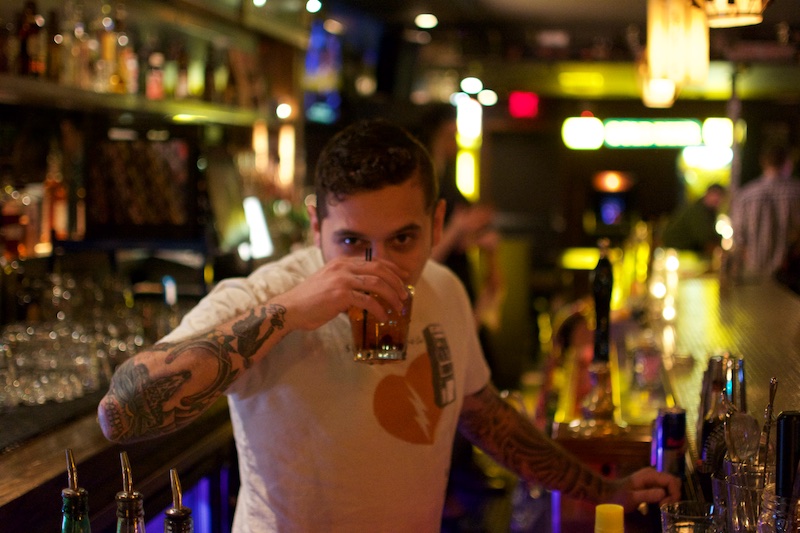