It's hard to have a better week than the Marquette women's basketball team is having. The Golden Eagles beat St. John's on Sunday to earn the program's first Big East regular-season title, then Wednesday their coach and three players won conference awards.

It’s hard to have a better week than the Marquette women’s basketball team is having.

On Sunday, the Golden Eagles won at St. John’s, 76-57, to earn the program’s first Big East regular-season title, meaning they also clinched the No. 1 seed in the conference tournament, which starts this weekend.

Then, on Wednesday the league dished out its year-end hardware, and Marquette dominated the honors with head coach Carolyn Kieger named Co-Coach of the Year, Allazia Blockton awarded Player of the Year, Erika Davenport selected to the All-Big East First Team and Amani Wilborn tabbed All-Big East Honorable Mention.

"I think it is really neat that our kids and our program are getting rewarded for our hard work over the last four years," Marquette head coach Carolyn Keiger said. "To accomplish one of our big goals this season, which was to be regular-season conference champs and to accomplish that on someone else’s floor was pretty special."

This is Kieger’s fourth season as the Golden Eagles’ coach, and in her short tenure the former Marquette guard has helped the program become one of the Big East’s best. Last season, the Golden Eagles won their first conference championship in program history; this year, they collected the most league wins in Marquette history and they amassed 20-wins campaigns in back-to-back seasons for the first time since 2006-08.

"It’s a staff award; I’m excited for our staff," Kieger said of winning Co-Coach of the year. "We’ve put in a lot of hard work these past four years. It wasn’t an easy ride – a lot of ups and downs, but I’m proud of us staying the course and I’m proud of what we have done culture-wise." 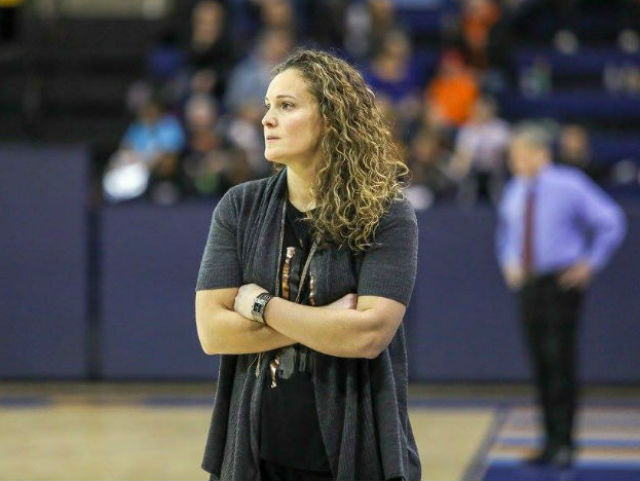 Rather than celebrate her accolade on Wednesday night, Kieger watched film.

"Obviously, as a coaching staff, awards don’t really matter to us," she said. "We focus on the games. Our main focus right now is trying to go back-to-back in the conference tournament."

Blockton was the first player in Marquette history to earn the Big East scoring title, averaging 19.2 points on 54.5 percent shooting over 18 conference games. The junior guard also joined elite company in becoming one of just seven players in conference history to win Player of the Year and Big East Scholar-Athlete in the same season. Among others, Maya Moore, Ruth Riley and Rebecca Lobo have previously won both awards.

"(Blockton) is in elite company now with some of the best players and people that have ever been in the Big East," Kieger said. "For her to be recognized for being a role model and for how driven she is off the court, as well, speaks very highly of her and what she is all about."

When asked what has been the key to Blockton’s success this year, her coach pointed to her focus.

"She is really at an elite level right now in terms of doing the little things," Kieger said. "She is trying to become an all-around player. She has really fixed her off-ball defense, playing without the ball in her hands on offense. You can just see she is more competitive in terms of doing whatever the team needs to win.

"I really appreciate that because that is something we have been working with her for the last three years. Obviously, she can score at will, but how else can you impact the game? What else can you do? I’m really proud of her progress in that way."

Marquette’s first goal this season was to win the Big East regular-season title, which it has now accomplished. The Golden Eagles will start the conference Tournament on Sunday with their second goal in mind: to repeat as Big East Champions.

And their third goal? Making it to the Sweet Sixteen in the NCAA tournament. Now, that would be one hell of a month.