As the reimagined venues at The Ambassador Hotel enter into their second year of operation, a new menu at The Fitz from Executive Chef Brittany Greene has been introduced which aims to capture not only the freshness of Wisconsin's seasonal produce, but also the myriad tastes of its guests.

It’s been an exciting year for The Ambassador Hotel and its accompanying restaurant and lounge, both of which were remodeled and reintroduced under new names – The Fitz and Gin Rickey – last summer.

And, as the reimagined venues enter into their second year of operation, a new menu at The Fitz from Executive Chef Brittany Greene has been introduced which aims to capture not only the freshness of Wisconsin’s seasonal produce, but also the myriad tastes of its guests.

Greene joined the team at the Ambassador as sous chef under Chef Jason Gorman, the opening chef for The Fitz. But when Gorman departed the restaurant at the end of the year, she took the helm. And thanks to months of collaboration with Executive Sous Chef Doug Bautch, she’s presented the first menu created entirely under her culinary leadership.

"We’ve spent the better part of a year really paying attention and listening to feedback from our customers," she says, noting that they really wanted to take the time to get to know their audience better before making any significant menu changes. "In many ways, it’s been about setting our egos aside and creating fresh food that appeals to a wide range of people."

Like most hotel restaurants, The Fitz serves a diversity of diners from business travelers staying at the hotel to casual concert-goers heading off to the Rave and destination diners looking for their next "foodie" experience. And Green says the menu was created with both audiences in mind.

The menu is divided into easy to navigate sections, including shareable small plates, soups, salads, sandwiches and entrees. Most items, with the exception of entrees, carry over onto the restaurant’s lunch menu, creating a versatile eating experience that accommodates solo diners, groups who love to share and guests who are looking for a multi-course dinner.

Among the small plates, guests will find fresh, seasonal dishes including a shrimp dish, inspired by the flavors of Mexican ceviche. The plump shrimp is cooked, cooled and served with avocado, corn, cucumbers, tortilla chips ($15). 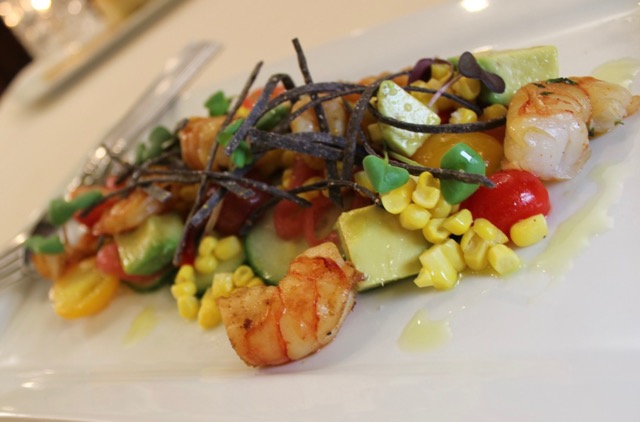 Global influences are also found in the restaurant’s unique take on the Vietnamese banh mi sandwich. A creamy roasted sweet potato fills in for the bread in this unique dish which showcases sweetly-sauced brined, smoked brisket, Vietnamese pickled vegetables, sesame seeds and cilantro ($11). 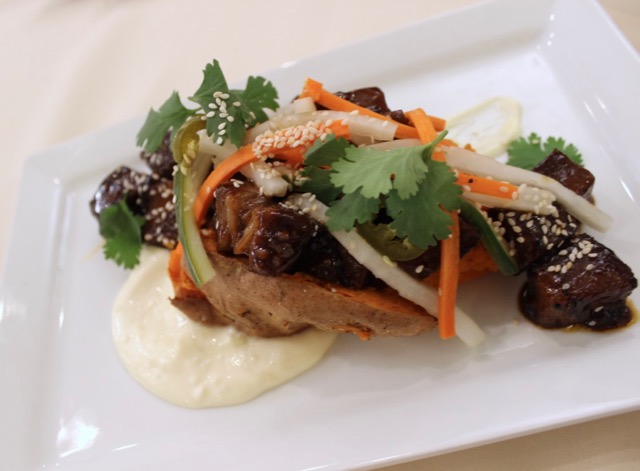 Meanwhile, among the salads, diners will find fresh bright options. Watermelon and cucumber complement one another when dressed with charred lime syrup, pickled fresno peppers, mint and feta in this fresh summery salad ($12). 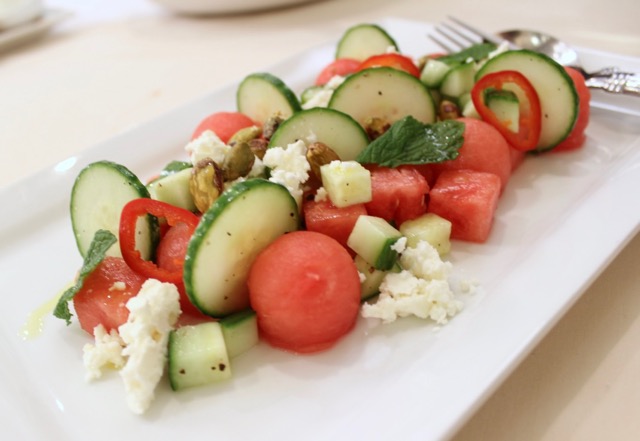 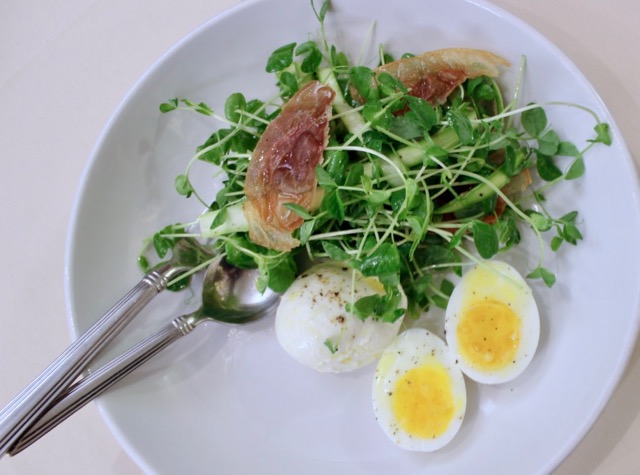 The restaurant’s entrees showcase a wide variety of proteins, from beef tenderloin and New York strip to a variety of fish and fowl. 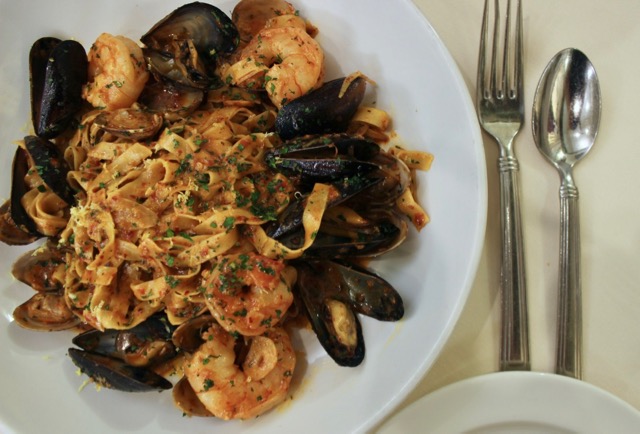 In another seafood dish, tender halibut is seared until crisp and served over rich creamed corn that’s augmented with the crunch of housemade "corn nuts" made from hominy ($32). 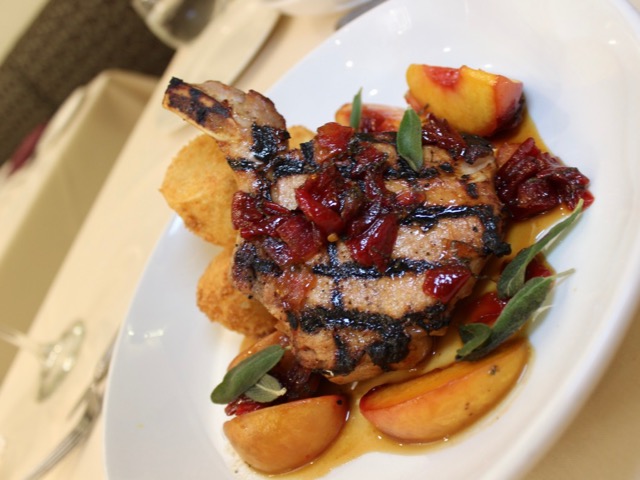 Meanwhile, seared duck breast is served alongside crispy fried thigh in a lovely dish showcasing a coffee and Door County cherry demi, flavorful farro and fresh blackberries as a garnish ($28). 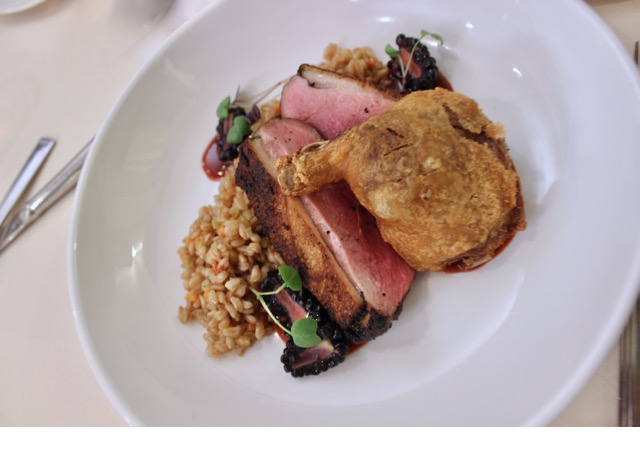 On the meatier side, there’s a juicy bone-in pork chop from Maple Creek Farms chop that’s nicely grilled and served with a sauce enhanced by warming sage and fresh peaches. It’s served alongside a lightheartedly delicious side, oversized fried polenta "tots" ($26).