Meet a local guy who dresses regularly like Jack Sparrow from "Pirates of the Caribbean" ... and then see him in person this weekend at the release of the fifth "Pirates" film.

Paul Veksler didn’t always dress up like a pirate. He started out dressing up like Superman, but then he saw Johnny Depp in "Willy Wonka" and transformed himself into that character.

Finally, he found his true niche when he decided to costume himself as Jack Sparrow, Depp’s character in the "Pirates of the Caribbean" movies.

Veksler estimates he’s spent about $4,000 on his Jack Sparrow costume, which is from the first "Pirates" movie and also Veksler’s favorite. It is identical to the one worn by Depp, down to the exact same beads in his wig (his wig is actually a combination of two wigs grafted together).

He commissioned a designer to make Sparrow’s exact coat for $800 and purchased the same boots from the same boot maker that constructed Depp’s boots. They cost $500. 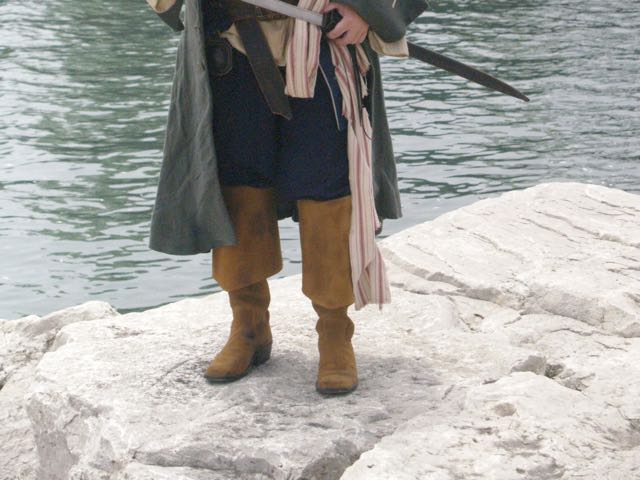 Veksler also bought "master replicas" from Disney of Sparrow’s sword, compass, flintlock and dead man’s chest. He got a tattoo on his right arm of a flying bird that is the same as Sparrow’s tattoo in the first movie, which was a fake tattoo. In the second film, Depp has a real version of the tattoo, only the bird is flying in the opposite direction and Depp’s son’s name, "Jack," is printed underneath.

It takes him about 90 minutes to transform into Sparrow, mostly because he has to apply a lot of makeup to his face, neck and hands so he appears tan. 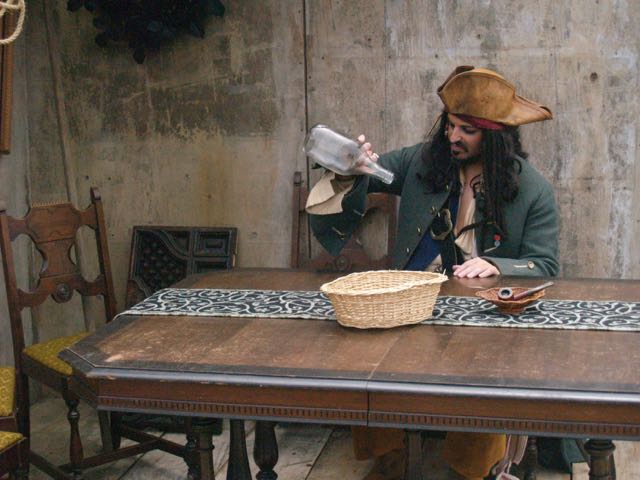 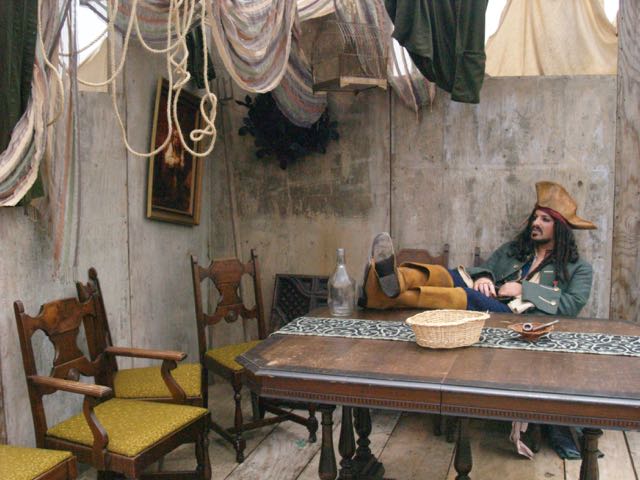 Veksler has watched the films a couple dozen times and says although Sparrow’s gestures come very naturally to him, he has to work hard to emulate the voice. Prior to an engagement, he listens to sound bites from the film repeatedly all day and all night.

"During this phase I find myself fading in and out of talking like Jack Sparrow in everyday conversation," he says.

These days, as a husband and father of two young children, he only wears the costume for, primarily, the release of "Pirates" films. On Saturday, Veksler will be in costume at the Fox Bay Cinema Grill around 3 p.m. to take photos with moviegoers for the fifth film in the series, "Pirates of the Caribbean: Dead Men Tell No Tales." 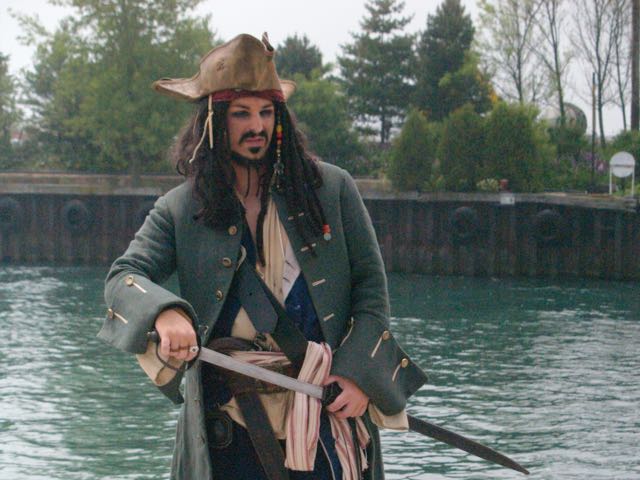 Veksler says he used to put on the costume just to walk around the mall and, when he did, friends claimed he could have "had any girl he wanted" based on the reactions of women at the mall.

"Now it’s about my wife, and she really loves the costume," he says.

One time, Veksler and his wife met Depp during a meet-and-greet while he was in Milwaukee filming "Public Enemies." He had to get up at 5 in the morning to make the event, and because he had to work right after – Veksler is a freelance graphic designer – he didn’t go in costume. He did, however, get to show Depp his tattoo.

"He was either really flattered or really weirded out," says Veksler. "But he was really nice to us." 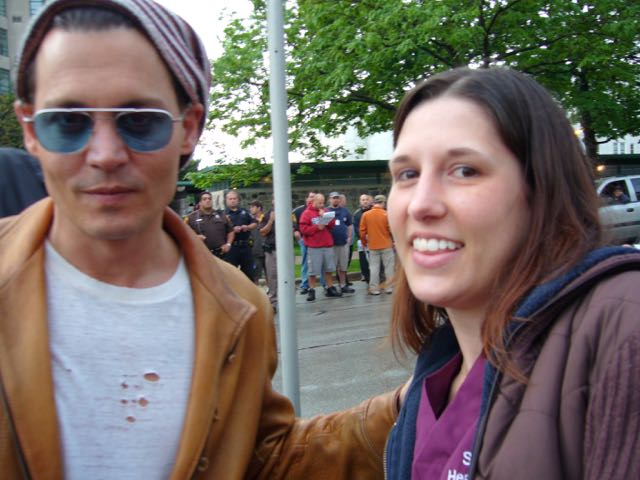