Staycation in the suburbs

Perhaps my first staycation experience - in Tosa of all places - would give me a new glimpse of an old, familiar neighborhood. It didn't, but there are reasons people seek out a suburban hotel, especially this time of year.

I have never taken a staycation before. Spending money on a hotel room when I have a nice, comfy apartment I already pay for – much less have various family members and friends who I could borrow a couch or bed from for a night – seems like a waste, so a night out on the city is just that: a night out on the city.

But there I was in a Radisson hotel in the midst of my first staycation – in Wauwatosa of all places, barely four blocks from my sister’s house where I lived for a brief spell right out of college. Not exactly an exotic locale, but perhaps my first staycation experience would give me a new glimpse of an old, familiar neighborhood.

It didn’t, but given your particular circumstances, a staycation in the Wauwatosa suburbs might do something for you.

As for the home of my staycation – the Radisson Milwaukee West Hotel – it was, well, a Radisson hotel. Pardon me if I have some envy toward my colleagues who got a chance to check out hotels dripping with local history and aesthetic peculiarities. You don’t stay at a Radisson – or any other similar nationwide brand – for any of those things. You stay at a Radisson because you need a bed and a nice, warm, safe place to sleep, no frills.

And that’s what I got at the Radisson.

When I first walked in, I was actually quite surprised by the lobby area. Not-particularly-lofty expectations certainly played into my surprise; I expected a more generic waiting space, with little in terms of color save for maybe a TV and a few cheap couches. But the warmly dressed lobby, full of rich tan and brown décor, was nicely inviting (as was the polite staff member working the desk). 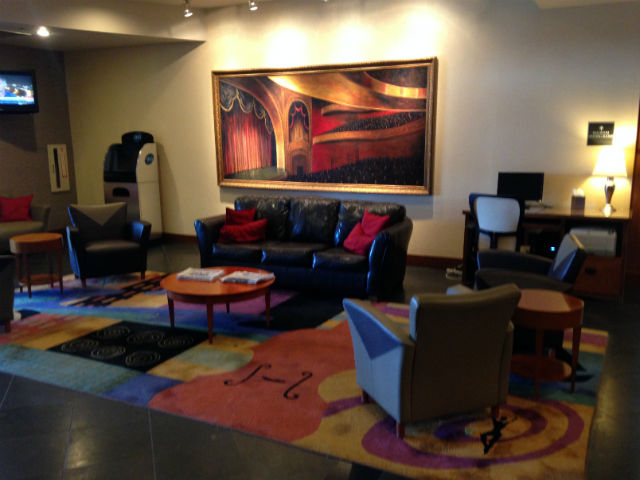 Unfortunately, the trip to my room was less so. It appears that whatever renovations had made the lobby a pleasant discovery were working their way up the rest of the hotel – and were far from finished. The vending machine area right next to the elevator looked unfinished and unkempt, and whatever molding that lined the walls had all been ripped out. It was not the most scenic route to my room.

The room itself, however, was rather nice. Nothing special; there were no chocolates awaiting me on my pillow or fridge full of overpriced goodies that I would be tempted to indulge. My fourth-floor window’s view was an exotic look at the Walgreens across the street. But it was fairly spacious, with a nice desk work station, a chair for lounging and a king-sized bed.

The bathroom was nice, as well, though the toilet was exceptionally slow (not by my doing) – so much so I was afraid I was going to have to call down to the front desk and embarrassedly tell them it was clogged or slow (before I arrived, I swear). And I’m awkward enough on my own; I don’t need to add on someone else’s embarrassments. 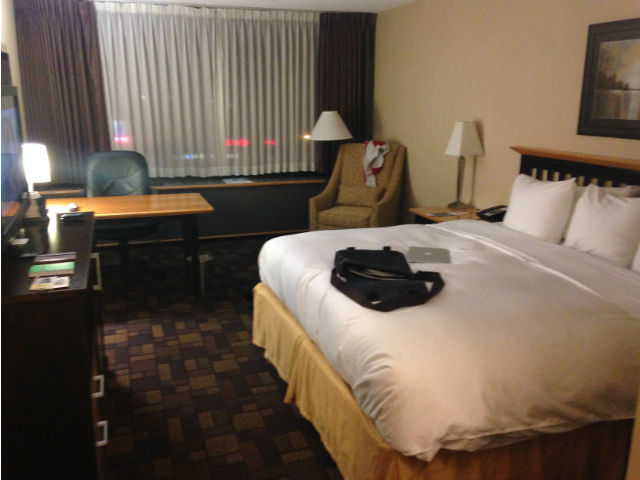 Still, the room and the bed were plenty comfortable. Its service and mission was to provide me with a good, unharried night's sleep, and I slept like I had fallen into a coma – and having to leave the cozy confines of the bed the next morning was a borderline-painful experience. Sure, there’s something about sleeping in your own bed; but there’s also something about a night in a new bed, perfectly made and carefully tended to.

Well before that time, however, I toured the hotel’s facilities, which include an indoor pool, meeting rooms and a connected Jimmy’s Island Grill & Iguana Bar, a Key West-soaked seafood restaurant complete with bamboo-shack aesthetic and fire pit. When it comes to hotel bars and second-string Red Lobsters, it fit the bill. 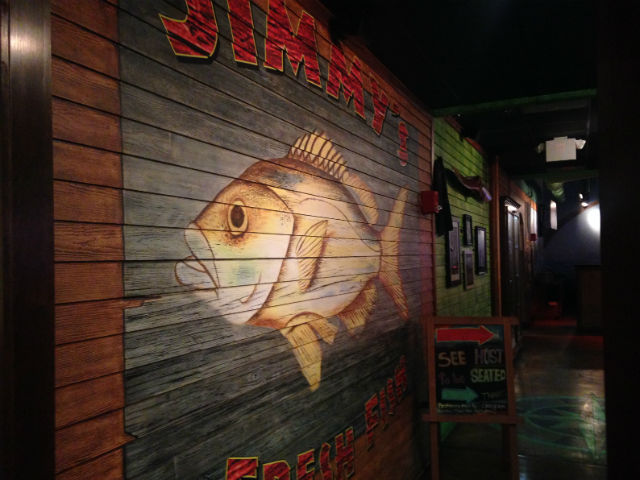 The Radisson Milwaukee West is not the Iron Horse or The Brewhouse Inn; the hotel itself is not the destination, nor is it even in competition for that title. If you’re there, it’s for something else: perhaps a wedding or a family event, a work stopover or some of Milwaukee’s Downtown attractions. The hotel’s site touts its proximity to Downtown sites, but the current construction dampens any enthusiasm for that selling point.

Or, ever increasingly, shopping, with the big hotspot right across the street: Mayfair Mall (and the Mayfair Collection).

The main shopping center emerged quite nicely from past controversies involving crime and disruptive teenage behavior to become one of the area’s more notable shopping centers, with a movie theater and several popular stores – including most recently The Container Store and a new full-line Nordstrom. Add in all of the various eateries continually popping up on and around the Mayfair area – including most recently Pizza Man and Osgood’s – there’s no lack of things to buy and eat.

It may seem ridiculous to stay at a hotel in the suburbs for the sake of shopping, but for many people during the most ridiculous shopping time of year – Black Friday – it’s not out of the question.

Speaking with some staff members, I learned that apparently during the craziest business day of the year, many people choose to book a hotel room as a place to either rest before the shopping onslaught or after to rest your weary wallet. My attentive bartender noted that Jimmy’s doesn’t pick up much steam – understandable, considering the other higher-profile restaurants surrounding it – but according to staffers, reservations increase for America’s capitalist holiday we love to hate.

So for a place to rest during a journey – whether for family or deals – the Radisson Milwaukee West will serve perfectly. But for a staycation, you can staycation elsewhere.