If you only had six months left in Milwaukee, what would you do? Here's Lily's first item scratched off her Milwaukee Bucket List: a midnight showing of "The Rocky Horror Picture Show" at Oriental Theatre.

Sequins, fish net tights and red lipstick were the first thing to meet my eye as I walked into Oriental Theatre around 11:45 p.m. I'd always heard from others that you haven't fully seen "The Rocky Horror Picture Show" unless you see the midnight show, so when I heard it was time for Milwaukee's monthly showing, I knew I had to attend.

Released back in 1975, "The Rocky Horror Picture Show" quickly became a cult classic with its unique characters, catchy songs and flashy costumes. Only a few years later, in 1978, the Oriental hung on to the fans' love for the film and joined others in starting to play it on the big screen once again. It became a midnight showing, and the tradition sticks today, with the Oriental still playing it every second Saturday of the month with Sensual Daydreams troupe performing alongside it.

My sister used to asked me to borrow sequin tops, colored tights and/or heels, so she could wear it to "The Rocky Horror Picture Show." I never really understood, so I just gave it to her and asked no questions. Years later, I happened to scroll through my Facebook feed and discover that it was the second Saturday on the month – and a midnight showing was upon us. I knew right there I needed to go. So I patiently awaited for the day to arrive and headed to the East Side.

Right when I arrived, costumed characters with suits, sparkles and top hats greeted me. They began talking to me about the show, so they could get to the big question: "Have you seen Rocky Horror in the theater before?" Showing much excitement, I answered, "No, I haven't, but I am excited for it." Suddenly, their hand was to my forehead and with red lipstick, drawing a "V" on my forehead to make sure everyone knew I was a virgin to this all. 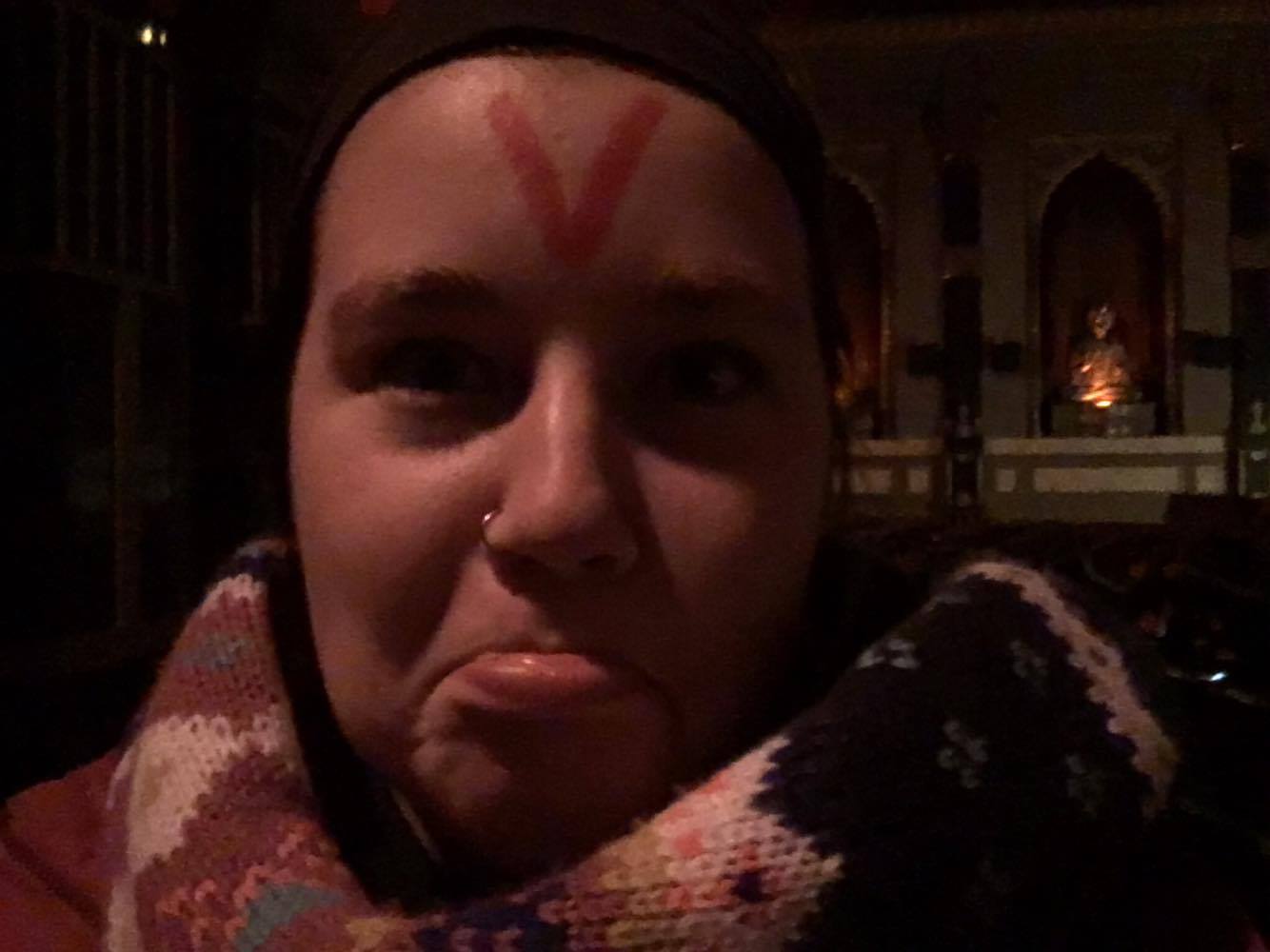 Appropriately marked, I walked into the theater, took my seat and anxiously awaited for the start of this shindig. I looked around, noticing that many people dressed for the occasion while I was just in my comfy movie-going clothes, leggings and a sweatshirt. I should have remembered that my sister always had the flashy outfits, but it didn't cross mind, making me look even more like a noob than the big "V" on my forehead.

I clearly did not know much about the showing, only really what I read. In my research, I knew this whole experience was interactive, but I didn't really understand to what extent. That became clearer, however, when I saw the actors – who looked like exact replicas of the characters in the film – start to head toward the front of the auditorium and get on stage.

Before the movie started, they went through the rules of the showing including, "No moshing during the Time Warp," "No having sex in the theater" and more. The rules just baffled me even more, and the thought ran through my head: "What did I get myself into?"

After the announcement, I was thrown into the experience faster than anticipated. The actors made the virgins stand up and head over to an area to do a ritual to help us get in the spirit of the showing. I don't want to spoil the surprise for the rest of you, so the ritual will remain unknown. All I will say that you will be in for some outrageous fun. The experience was bizarre but made me laugh a lot – and suddenly, I was completely ready for whatever was to come next.

After that, the movie finally began, and it definitely was a much different experience than any other movie I'd seen. The opening scenes start with a couple getting married and making their trek to the limo through a crowd of their friends. And in the middle of all of that, I suddenly felt hard little specks hitting my head. I look up and see that, to match the movie scene, the audience members in front of me were throwing rice. Next, the movie showed a scene with the characters dealing with rain, and, lo and behold, I began to feel rain in the theater. My eyes scanned the theater and finally landed on the actors going around with water guns to make us feel the rain of the movie. These kind of experiences continued throughout the whole movie – yes, odd, but they also made it more exciting and added to the experience of feeling a part of  what is on the big screen.

The audience also made it feel interactive. During the movie, they yelled out their comments on what is happening in the film. Admittedly, it started to get a little frustrating since I just wanted to listen to the film; however, I quickly forgave them once the audience all got on their feet to dance in the aisles to the "Time Warp." They did pelvic thrusts and all, making me smile, laugh, forget there was technically a plot to the movie – and therefore have an even better time. All of this definitely made me loved the idea of being an active audience member. Movies – or at least certain ones – become more fun when you are not just sitting there and watching it, but letting yourself fully immerse in it.

The actors help make that experience happen, transporting you to Transylvania right there in the Oriental Theatre. The actors act out the whole movie in front of the screen with their flashy costumes, props and energy. They put the action right in front of your eyes, making it easier for you to feel a part of it.

Overall, the crowd got wild, and the characters got crazy – and I did too. You will have a blast being a part of this experience. If you haven't already, I highly recommend getting this on your #MilwaukeeBucketList.