Recently, OnMilwaukee stopped in to Junior's Hook to talk with Matthew "Sherm" Sherman about football, the bar biz, his upcoming fatherhood, Miller Lite and more.

"Working for yourself is great. And it’s awful at the same time," says Sherman.

Recently, OnMilwaukee stopped in to Junior’s Hook to talk football, the bar biz, his upcoming fatherhood, Miller Lite and more.

OnMilwaukee: Where did you grow up? Go to college?

Matthew Sherman: I grew up in Brookfield and went to Brookfield East. Then I went to a Division II college in Iowa to play football before I blew out my ankle and moved back to Milwaukee and went to UWM.

Was your dream to go to the NFL?

Believe it or not, no. I set realistic goals. In high school, I wanted to play in college and I knew I probably wasn't fast or strong enough to make the NFL. I knew where I was. And I lettered in a sport in college; I’m happy with that. 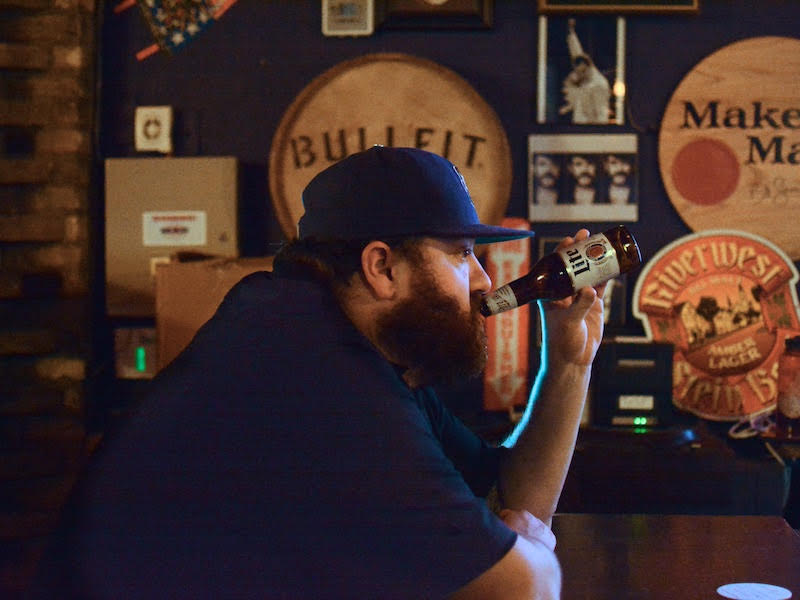 So I presume you are a huge Packers fan?

Huge, huge, huge. I’ve been going to Lambeau since I was a kid.

Speaking of kids, you and your wife have one on the way, right?

Yes, in July. I’m really excited; this is something I really wanted.

What about fatherhood excites you the most?

I’m excited in general to experience "firsts." I can’t wait to take my kid to their first baseball game or see them walk for first time.

So how did you start out in the bar business?

I got a job bouncing at Vitucci’s while I was going to UWM and I ended up bartending, too. I worked there for about eight years.

Did you come across a lot of fake IDs as a bouncer?

Oh yeah. So many. I once had a black person try to get in with a white person’s ID. I was like, "Are you serious? You’re not even trying at this point."

Where else did you work?

The Nomad, Caffrey’s Pub on the Marquette campus, Bada Bing Social Club and then Champions. I worked at Champion’s for a long time. I loved the neighborhood; I loved working for a great family. They are still my family today. They are real people: no bullsh*t.

Was owning a bar a dream of yours?

It was. After being behind the bar for five or six years, I knew it was what I wanted to do. Then it was about finding the right spot. I looked at eight different spots before I pulled the trigger on this one.

What was it about this space that worked for you?

The location and the history. I love how up-and-coming Walker’s Point is and that this space was formerly the Bomb Shelter and the Monkey Bar. Diane (who owned the Monkey Bar) is a good friend and works here now.

Do you think you’ll own more bars some day?

We’ll see. I don't have a definitive answer on that yet.

You just celebrated your two-year anniversary. How’s it going so far?

It’s going well. I am lucky that I had a little bit of an edge being in the business for so long before opening my own bar and because I worked for some great people. I was always learning on the job, trying to take in as much knowledge as could. And that helped a lot, but that first year ... let’s just say I learned a lot. Working for yourself is great. And it’s awful at the same time.

Where does the name "Junior’s Hook" come from?

My dad was a boxer, so I named it after his nickname ("Junior"). He hangs out here for every Packers game and other times, too.

I don’t think I’ve ever heard anyone call you anything but "Sherm." Does everyone call you that? Have they always? Does your wife call you Sherm?

My dad and grandpa and I – we’re all "Sherms." And yes, everyone, including my wife, calls me "Sherm." Actually my wife calls me by my first name when she is referring to me to someone else, but when we’re together, she calls me "Sherm."

What is your favorite drink to consume?

Miller Lite. Actually, that’s a new-ish thing though. I was a staunch High Life drinker for years, but recently switched to Lite after I ran some numbers on how many calories I was consuming. I also like that I can get Miller Lite anywhere, regardless of where I travel. 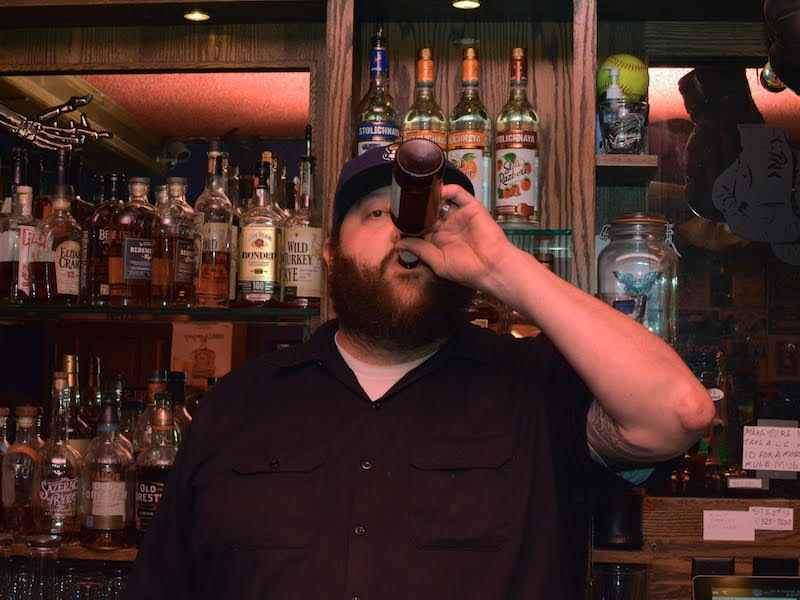 Do you sometimes still sneak in a High Life?

I’ve been pretty good about sticking with Lite, but sometimes a bartender will grab me a High Life out of habit and I will absolutely drink that.

What drink do you enjoy making for customers?

I enjoy making Old Fashioneds. I’m told I make a mean one. But I also like pouring shots and grabbing Millers from the cooler. I’m pretty much into anything. Whatever the customer wants I’m down for.