The paella meal at MOVIDA made my Tuesday night.

It’s been some time since I’ve had paella, so when I came across the no-fuss paella meal while perusing the MOVIDA curbside menu, it caught my eye. I’d gone to their menu thinking I’d order the street noodles meal (because those noodles are delicious); but when I saw the paella, I couldn’t get it out of my head.

The meal, which feeds two (with some leftover paella) includes jamon croquettes with lemon aioli to start; a side of fried Brussels sprouts; a pan of Chef’s paella with chorizo, chicken, shrimp and crab (and paprika aioli for seasoning); and churros with dulce de leche for dessert. For $50, it was a deal, and it meant that I could take the night off from cooking.

Since it didn’t seem possible to order their housemade vermouth to enjoy alongside the paella, we decided to take our turn with a red sangria kit ($30; makes six drinks). After all, even though the weather has cooled down, it’s fun to take a sip and imagine we’re sitting outside on a warm sunny day, instead of inside during a pandemic.

The meal transported perfectly (and remained warm throughout all my plating and photographing, which is seldom the case; I’ve become a master at reheating things). Even better, it tasted great.

The croquettes were light and crisp on the exterior and creamy on the inside, and the lemon aioli brought in a nice brightness that counteracted their richness. I made use of the leftover aioli by eating it with the paella; it added the same salty, citrusy punch that a preserved lemon might. 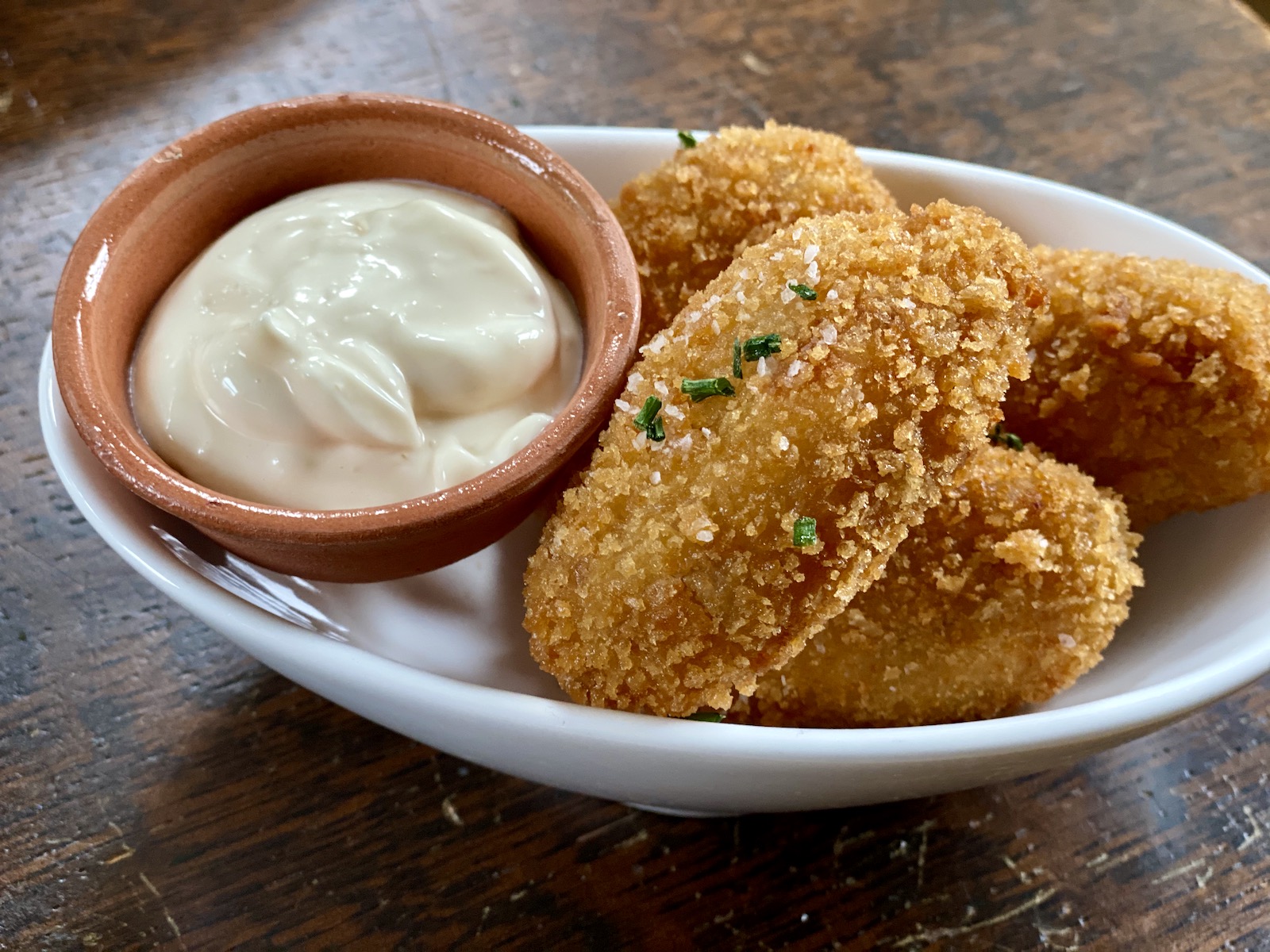 Meanwhile the Brussels sprouts were both tasty and fairly crisp. They were seasoned well with strong notes of garlic, which put them in nice contrast with the other offerings. 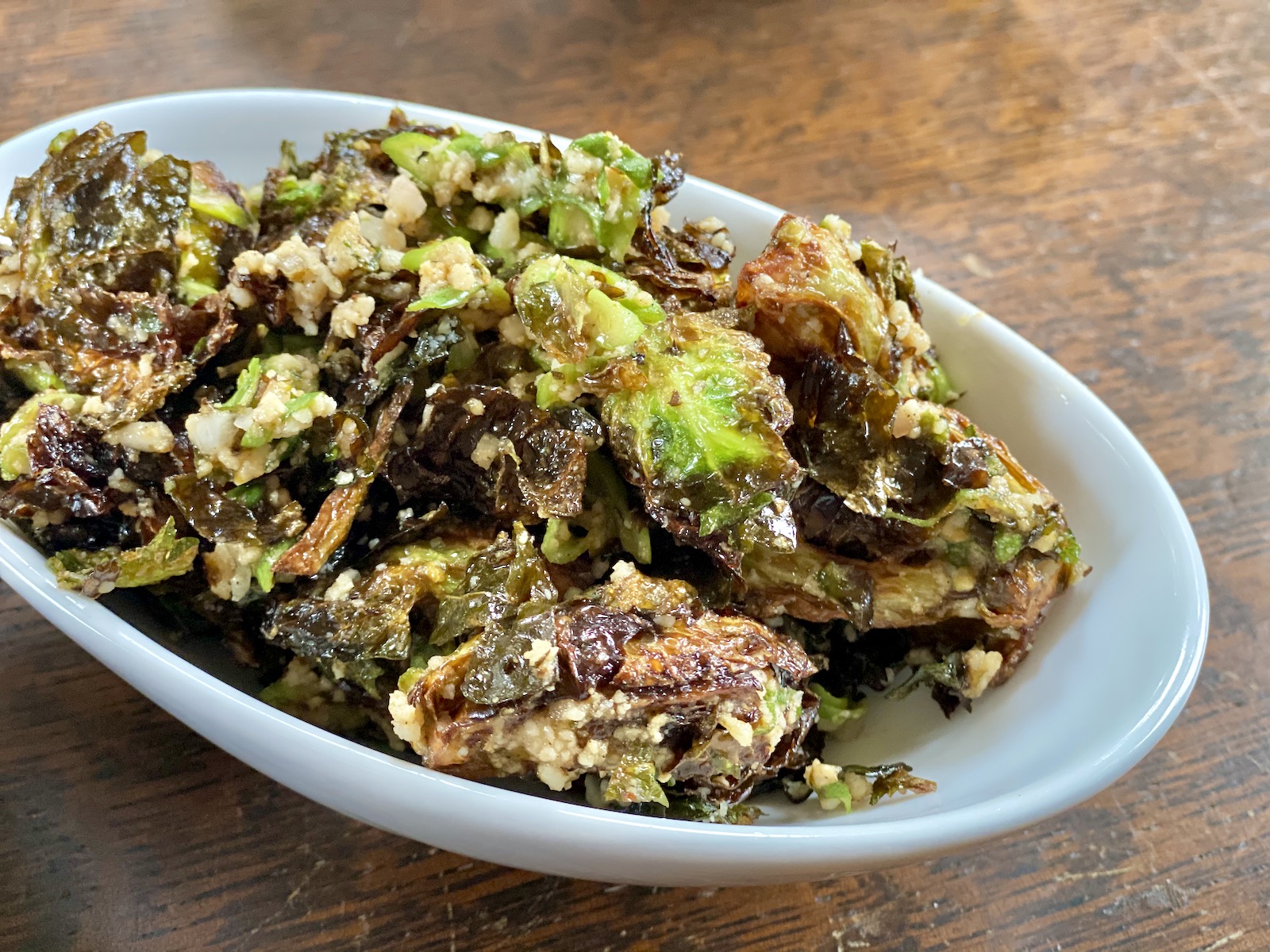 The paella itself was mild in flavor and enhanced by a moderate amount of add-ins (most notably small, sweet shrimp and chicken). It was also doppled with a nice layer of socarrat – that prized layer of charred rice that is part of what makes paella paella –  across the top. While it was tasty with the paprika aioli, it was (arguably) even better with the lemonette aioli leftover from the croquettas. So I found myself alternating the two as I ate. 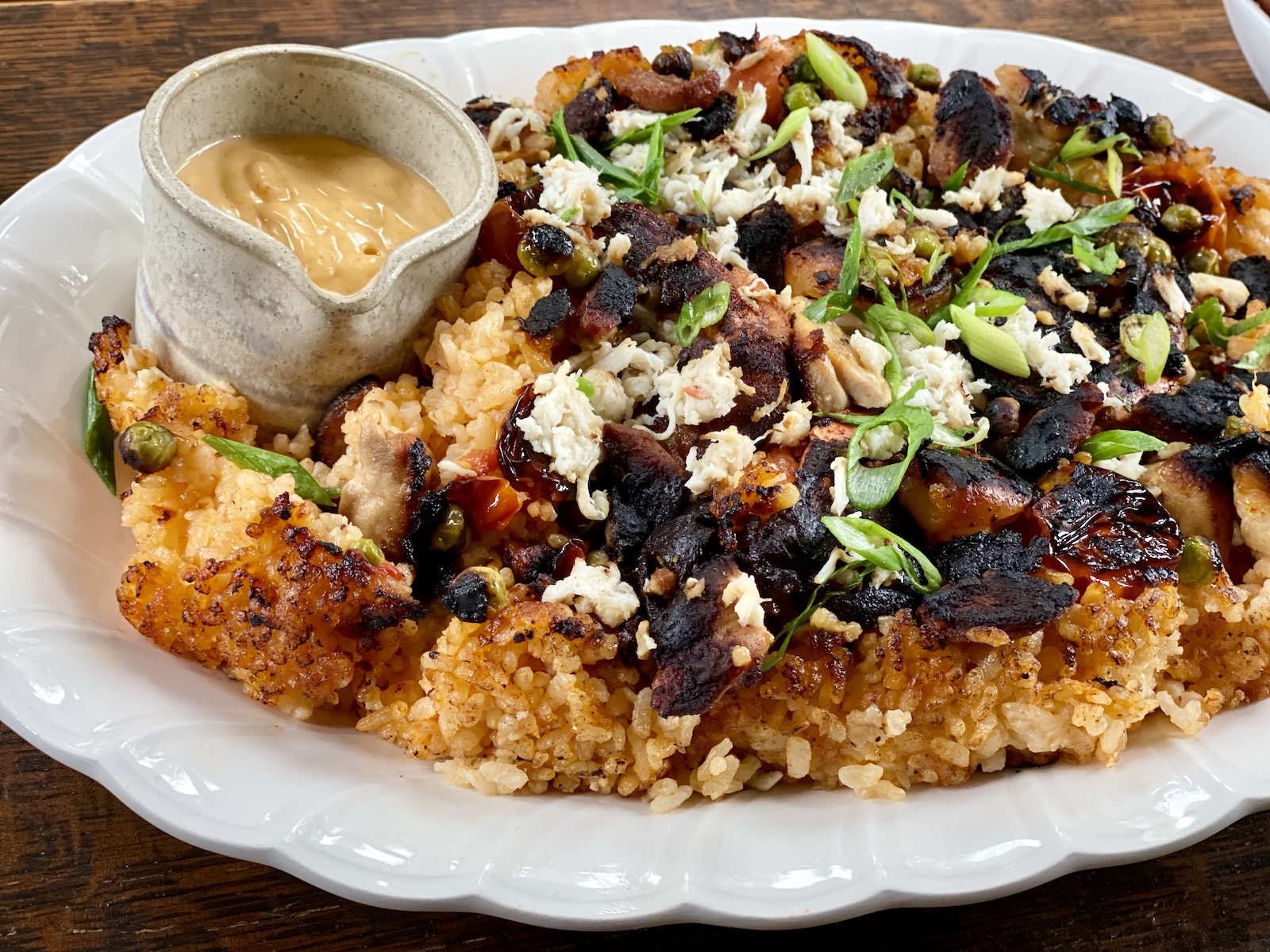 I wished I had set aside the churros in a warm oven while we ate (that would have been the smart thing to do); but I hadn’t thought of it. So they were somewhere around room temperature when we ate them.  Fortunately, they held up well; still tender in the middle and crisp on the exterior, with a healthy dose of cinnamon sugar (and dulce de leche) to round things out. 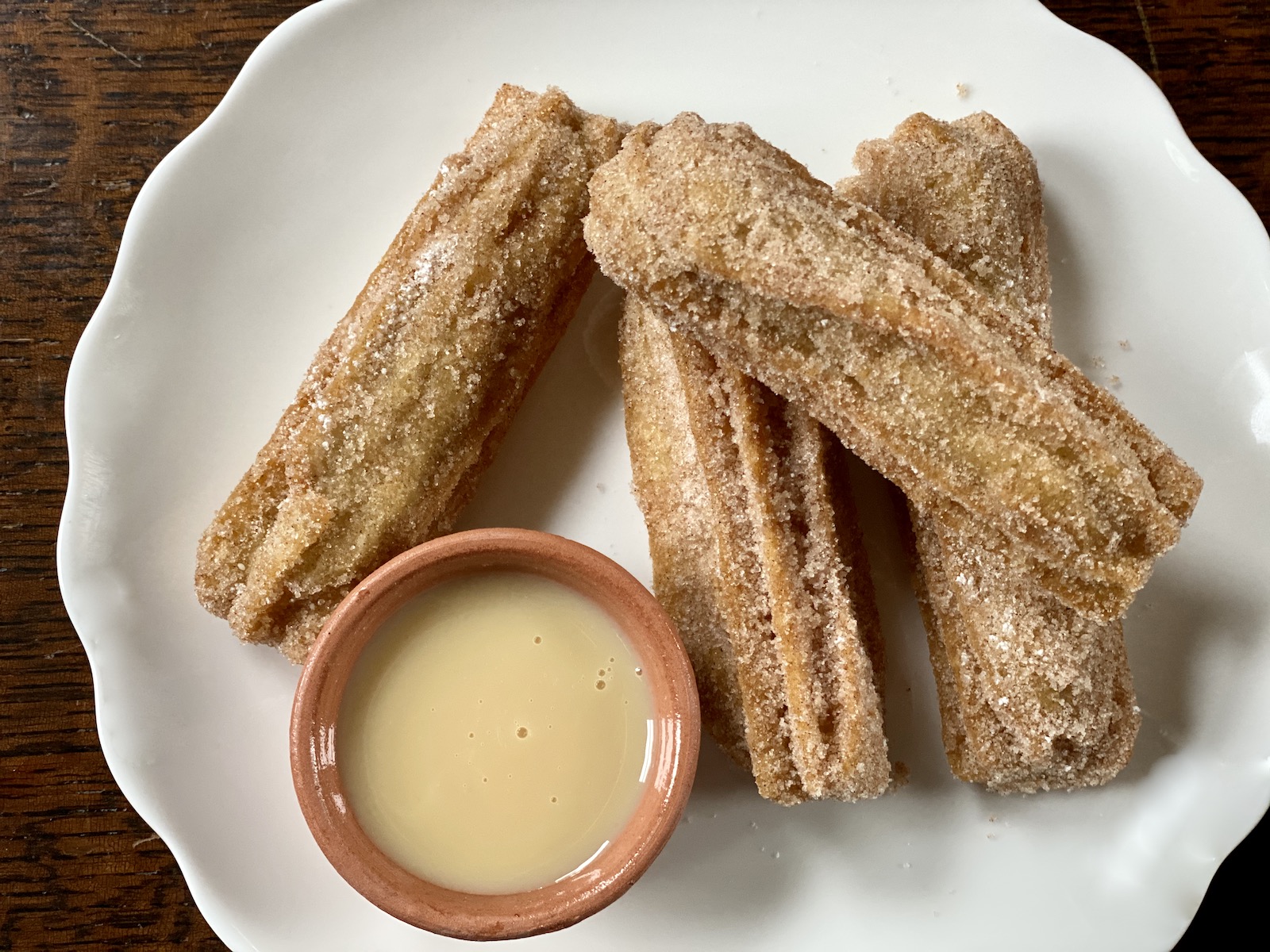 It’s so easy to place your order for curbside pick-up, carry-out or delivery (if you’re lucky enough to live within their delivery area). Just head to their website and click delivery or curbside pick-up, peruse the menu and click. If you order curbside, just pull up on the street alongside the restaurant, call to let them know you are there, and they will bring your food right out. If you opt for pick-up, your food will be waitiing for you at the bar. Be sure to mask up, be kind and tip well.

MOVIDA at Hotel Madrid is open Sunday through Thursday from 4 to 9 p.m. and Friday and Saturday from 4 to 10 p.m.