Tips to take advantage of the Tour of America's Dairyland

Each locale attempts to make its mark with racers and audience alike with plenty of food, drinks, and other non-cycling entertainment from the local business districts. Here are some tips of what to look for.

The Tour of America’s Dairyland enters its ninth year on Thursday, June 15, and treats bike racers across the United States to 10 uninterrupted days of bike racing around southeastern Wisconsin. Each day features several competitions that cater to various skill levels, ending with races featuring the elite Pro 1/2 Women and Pro 1/2 Men.

The city of Milwaukee is home to three races while nearby suburbs East Tosa and Shorewood claim another two. Traveling further out, more races take place in Grafton, Waukesha, Port Washington, East Troy and Kenosha. 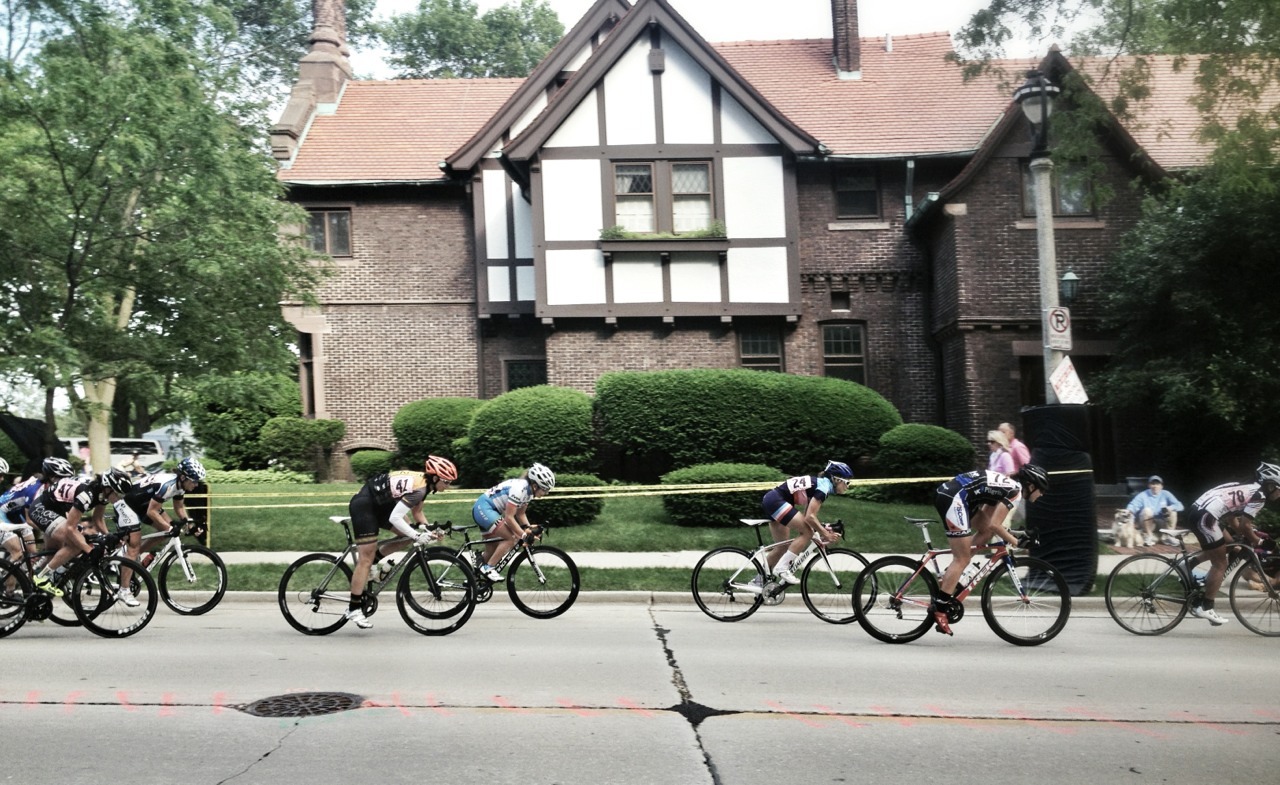 Each locale attempts to make its mark on racers and audience members alike with plenty of local flavor via food, drinks and other non-cycling entertainment from the local business districts.

Here are some tips of what to look for – listed in no particular order, so make sure you corroborate with the official schedule to ensure you don't miss out. 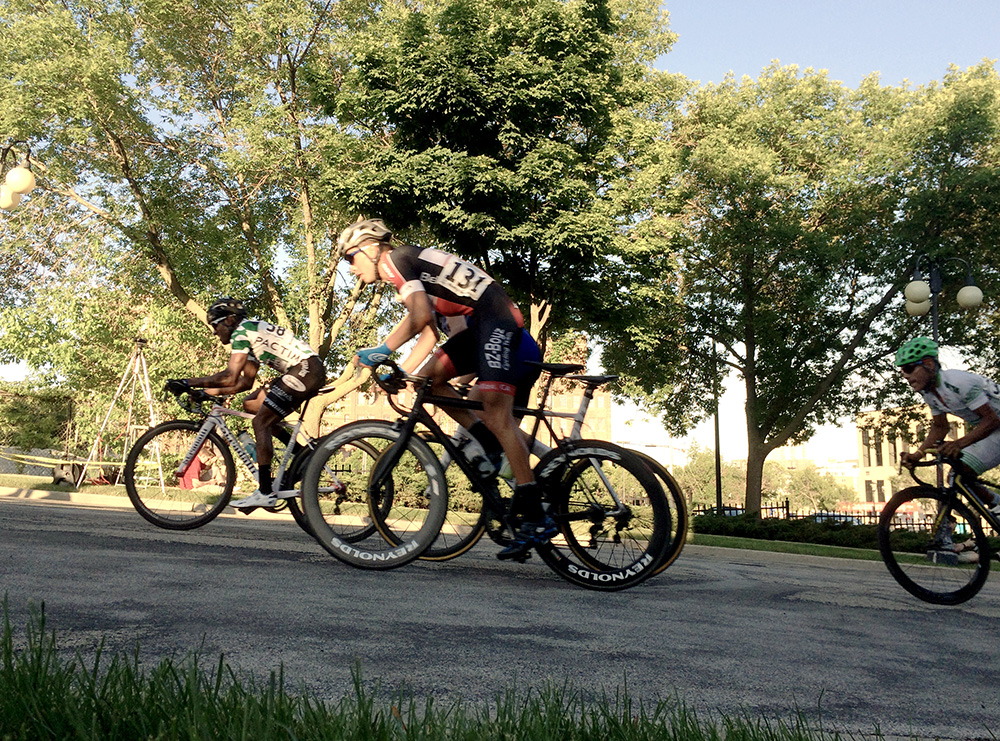 If you want to watch a race in slow motion, make sure you seat yourself at the western side of the Schlitz Park Criterium course on 2nd Street. The brutal grade from Pleasant Street (Downtown) to Reservoir Avenue (Brewer’s Hill) will take your breath away and have you taking pity on the racers. 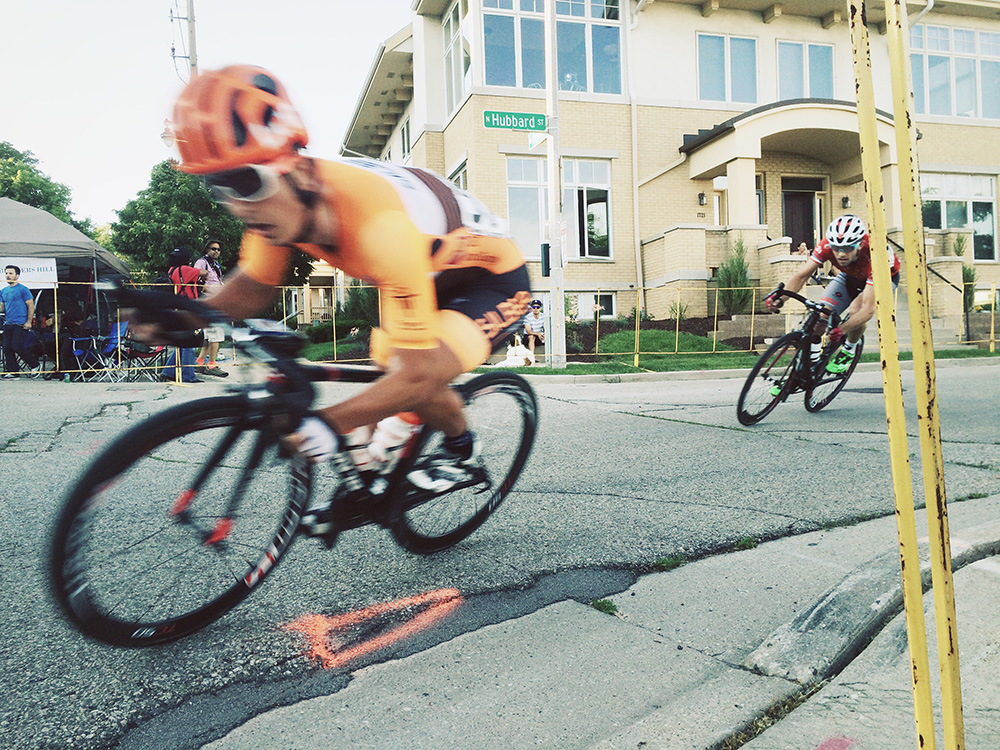 On the flip side, the winding descent back to the start/finish will thrill you with the speed. 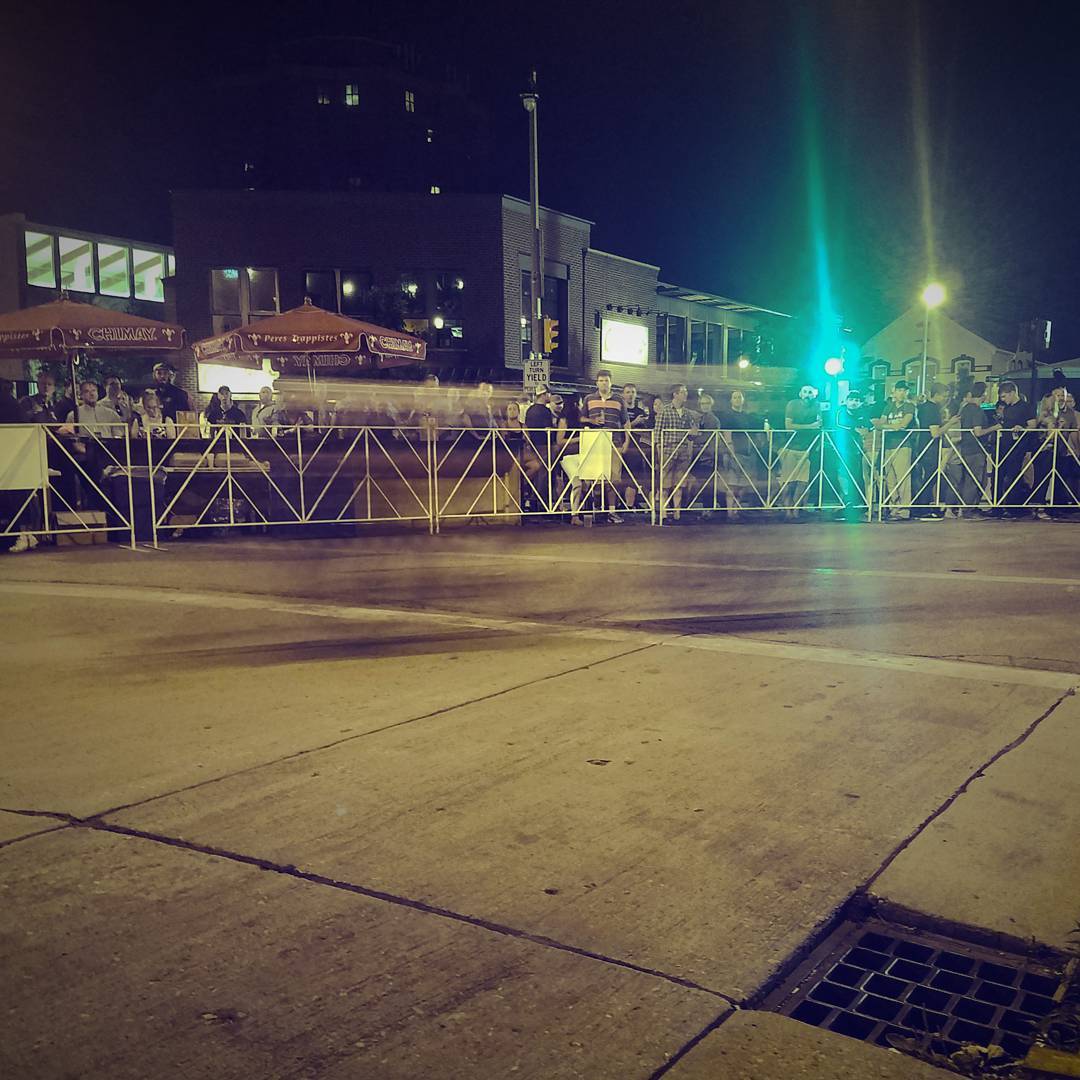 The Café Centraal Bay View Classic is the only day to feature a night race during the final Pro Men’s teams. It makes for challenging (or artistic) photo opportunities, but the street-festival revelry under the street lamps of Kinnickinnic Avenue is not a bad way to spend the night.

Most of Tour of America’s Dairyland races will be done on carbon fiber or aluminum road bikes with drop bars, but they did leave room for other races as well. The Café Centraal Bay View Classic (folks, Bay View has it all) will feature at race on fat bikes – bikes with tires in excess of two or three inches wide.

While it’s bound to be slower than any of the races the rest of the day, I would reckon many of these riders could hold their own no matter what bike they ride. 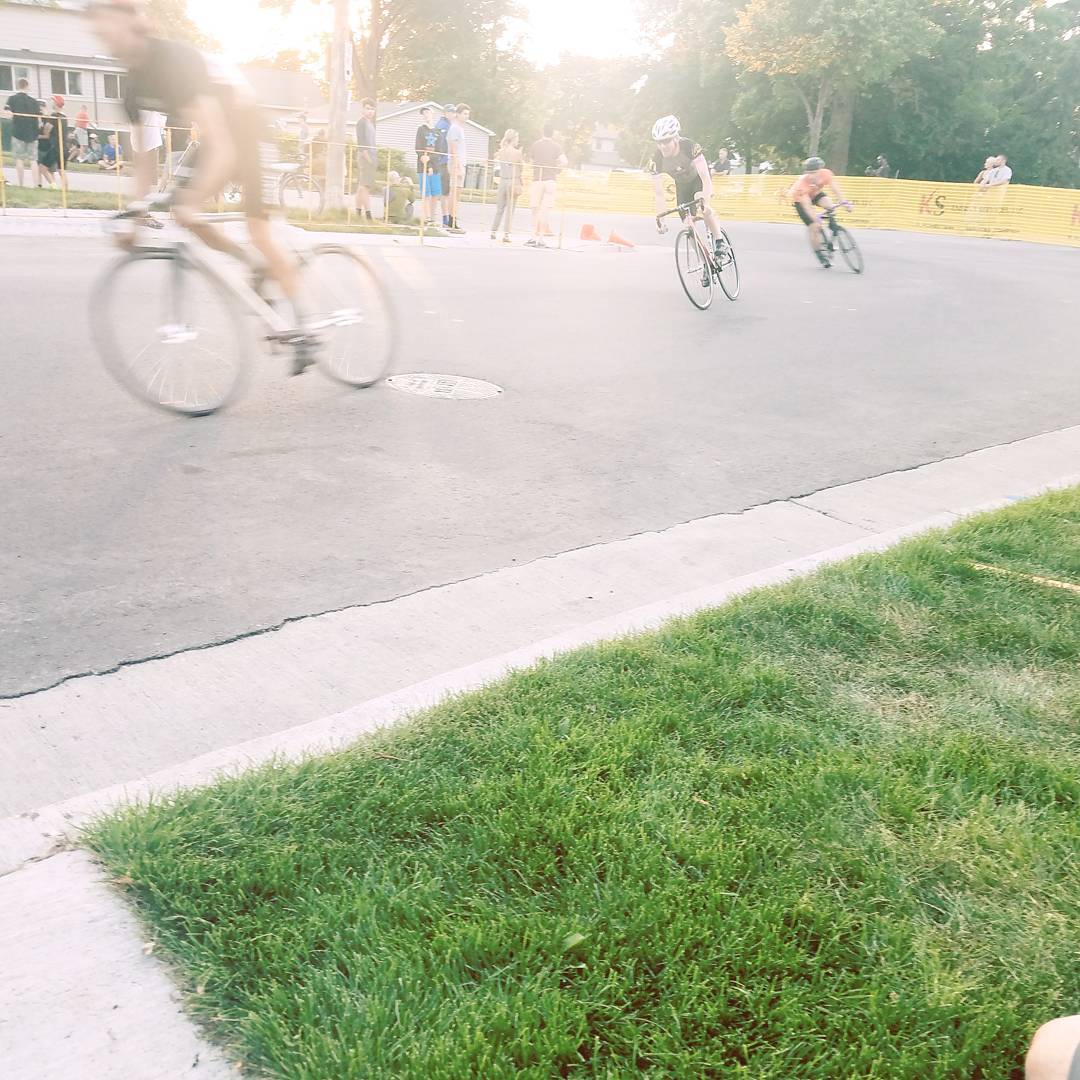 After listening to hours of racing with 20-plus gears (clicka clicka clicka) and cassettes with high-tension pawls (bzzzzzzzzzz) it's bizarre listening to fixed gear racers glide by silently.

Fixed gear bikes are 1-to-1 direct-drive, so there is no freewheel, there are no gears and there are no brakes. It’s a race about sheer strength, endurance and being choose-y about the cog you start with.

And in races like the Café Centraal Bay View Classic, where riders have to reckon with tight 110-degree turns, it’s about knowing when to start back-pedaling so you don’t go flying off the course (which, if you wanna see fixed-gear riders flying off the course, I recommend standing at the corner of East Ward Street and South Allis Street). 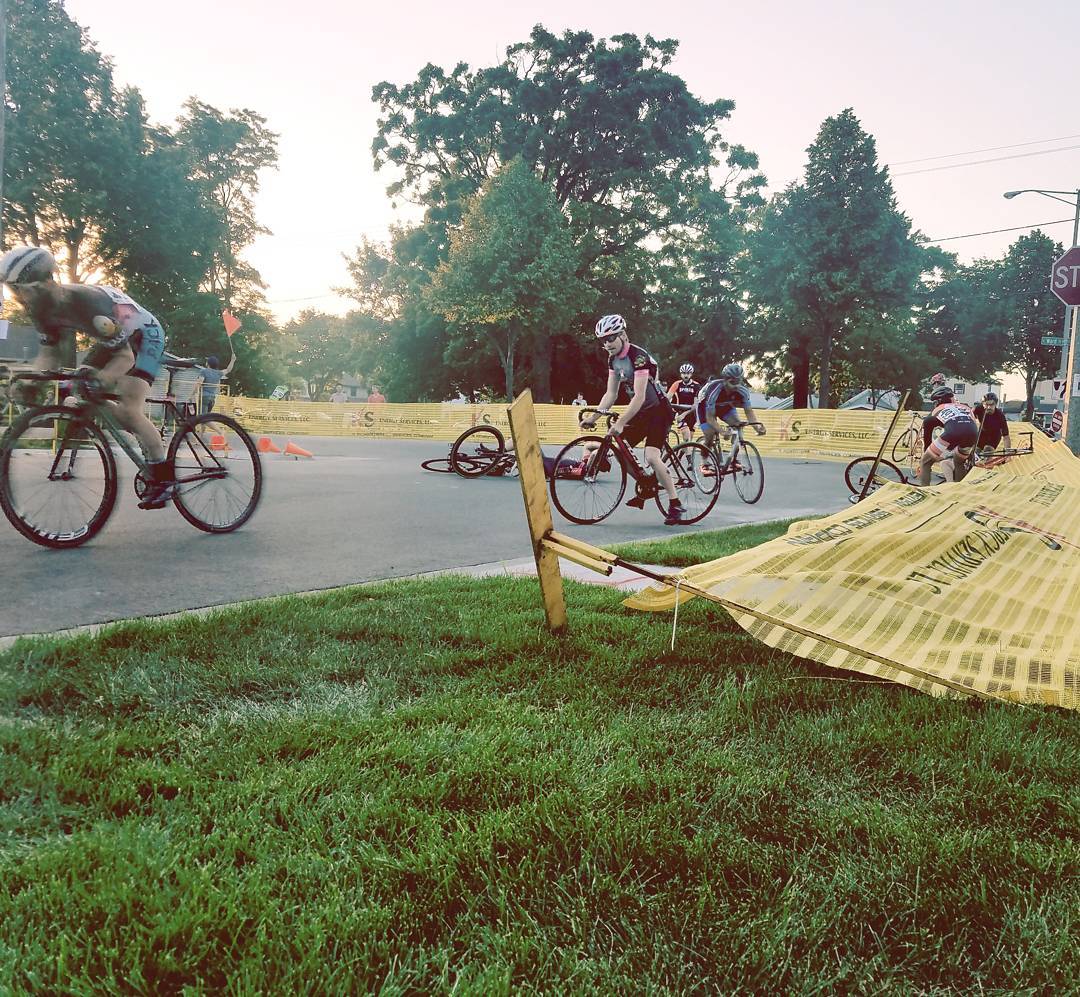 Every year, Ben’s Cycle throws a giant party at the IS Corp Otto Wenz Downer Classics with a killer deal that’s hard to beat. Historically $20 would get you a Ben’s T-shirt, all the brats you can eat and all the beer you can drink. All the money goes towards the Pro 1/2 Men’s and Women’s Super Prime, which is sort of a race inside the race. And now the deal is even better, with the money being split equally between the men’s and women’s races.

Keep an eye out for it again this year and stuff those purses while stuffing your face. 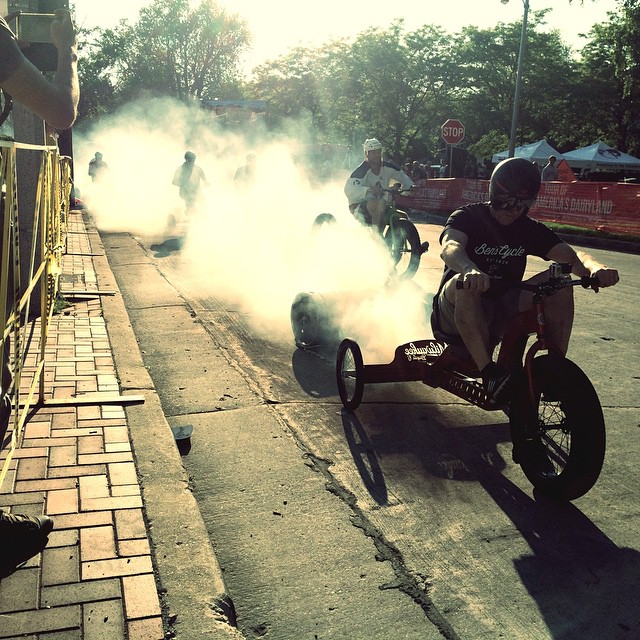 If the Lycra kits are not colorful enough for you, may I direct your attention to the novelty races?

Every day of the racing schedule features some kind of local event, which usually includes youth racing. Kids 8 and younger will either ride down the main streets or, at most, do one lap of the course. It’s both endearing and funny to watch the lop-sided helmets, wicker baskets and trikes with tassels ride by and experience the schadenfreude of kids riding all the way up to the finish line, stopping JUST before crossing the line and causing an adorable pile-up behind them (as long as nobody gets hurt, of course). Pros need not apply. 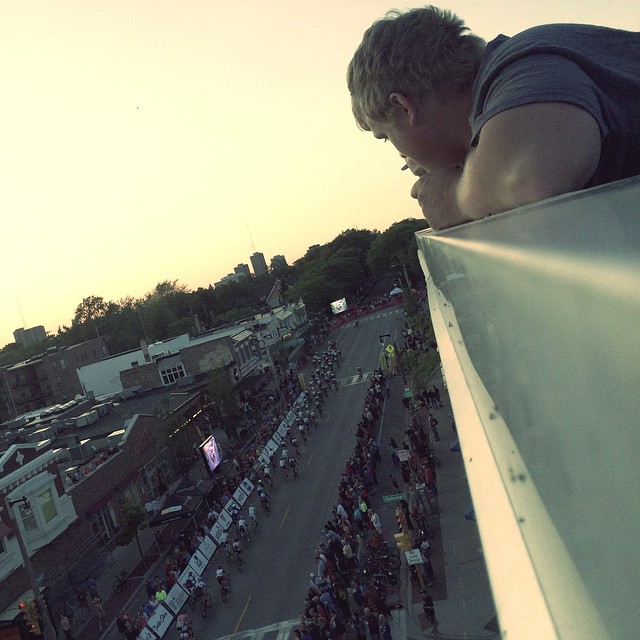 At the risk of blowing up my spot, the best view to watch race finishes is atop the parking garage on Downer Avenue, which gives you an unblocked view down the whole straightaway and a near-perfect bird’s eye view of the finish line.