Do you like to gorge? Do you like eating for free, or even getting paid to feed? Here are seven gratuitously excessive local food challenges for the bravest and most brainless devourers to fill their bodies - and in some cases their pockets - at Milwaukee restaurants.

While Milwaukee has, probably for the best, fallen from many of the online lists and national rankings – both of the scientific and anecdotal variety – for obesity, we have not lost our well-known, widely recognized and wonderfully insatiable love of food.

And even as there’s been a large public push for healthier living, competitive eating has, in recent years, also experienced a relatively strong resurgence – though, thankfully, it’s mostly off our televisions now. There’s a science and an art to mass, rapid consumption of food, and the cash prizes for winning can be fairly significant (up to $4,000 for some Major League Eating-sanctioned events).

But if you’re like me – and I pray that you’re not – you’re not interested in ingesting enormous quantities of food for the rewards and glory as much as for the morbid curiosity and the personal sense of grotesque satisfaction. Maybe you like to eat for free, or, even better, get paid to feed. So, what to do if you want to test your stomach, while impressing your friends and horrifying your family, without entering an official contest or having to leave the city?

It’s Dining Month at OnMilwaukee and we don’t discriminate against anyone’s eating habits. While some restaurants have offered eating challenges in the past but disposed of them, either due to disinterest or cost-benefit analysis – rest in peace, Kelly’s Bleachers’ Four-Pound Burger Challenge, Fire Pit Sports Bar and Grill’s Home Run Challenge, Mars Cheese Castle’s Towering Turret Challenge and others – there are some places still daring people to gorge.

Here are seven gratuitously excessive local food challenges for the bravest and most brainless devourers to fill their bodies – and in some cases their pockets. Bon appétit? 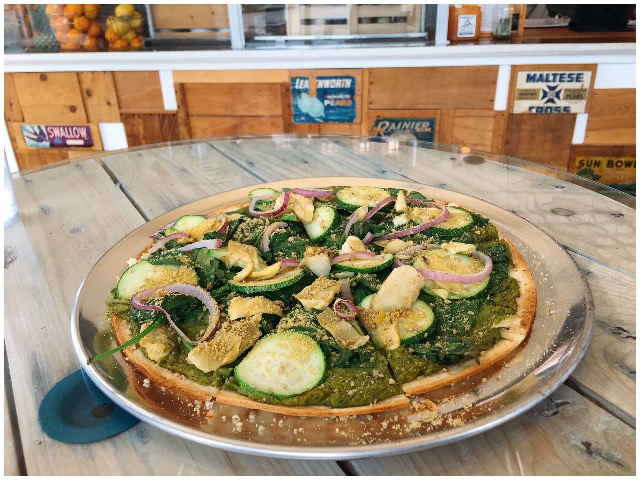 Probably the most renowned of the local food challenges, Pizza Shuttle tasks two participants with eating a 12-pound, 28-inch diameter, hand-tossed pizza – which is also available for regular purchase on the menu – in only 45 minutes. It’s harder than it sounds; you can’t leave the table or drink more than a single cup of water (an effort to mitigate professional-eater strategies) and Pizza Shuttle’s dough is serious stuff. But if you can do it, you win $500, easily the largest prize of any Milwaukee contest.

Want a sure-fire way to fall asleep before the movie at Ridge or North Shore Cinemas? Try Zaffiro’s Big Z challenge, which is four square feet of pizza, 50 slices, weighing 5.5 pounds and offering unlimited topping selections (1,228,859,344 different topping combinations, according to the restaurant) for $35.95. You can also make it a combo (why?), which comes with unlimited garlic bread and a pitcher of beer or soda for $10 more. There’s no reward, but a Zaffiro’s hostess claims she’s seen two people accomplish the feat.

Head Downtown and have a burger. With eight quarter-pound patties! The Octoburger weighs 2.2 pounds, comes with cheese, lettuce and tomato – and bun, of course – and costs $28. The catch is that you have to beat the time record, which is currently 2:16 (that’s two minutes and 16 seconds, by the way). If you can do it, you get the meal for free, whatever bragging rights you feel you’ve earned and your name memorialized on the restaurant’s Quad Cow mural. And, you deserve to sit in AJ Bombers’ giant chair outside for a few hours.

Want to be the emperor of Water Street eating? Drag yourself a couple hundred feet from AJ Bombers to Red Rock Saloon for the Unforgiven Challenge – a half-pound burger topped with cheese and bacon and a deep fried chicken breast and another half-pound burger topped with cheese and bacon, as well as an egg, lettuce, tomato and onion strings, plus a basket of fries and six Takin’ Care of Business ghost-pepper wings (don’t even ask what the heat index is; you don’t want to know). It costs $23; you have to finish in 23 minutes. If you survive, the meal is free, and you get a T-shirt and your name on Red Rock’s Wall of Fame. Try to avoid riding the mechanical bull afterward.

5. The King of Johnny V’s Challenge

If you’re the king of Johnny V’s, you’re the king of West Allis. And doesn't that sound nice? This one’s breakfast-themed, and it would certainly be a hearty way to start the day: 10 eggs, eight pancakes, three slices of bacon, three slices links of sausage, a slice of ham, two pieces of Texas toast and a plate of hash browns, for $18.99. Talk about value! Finish it in an hour and get it for free, plus a T-shirt. Hopefully you like being a glutton for punishment in public; to become king, you’ve got to sit at the counter and eat it, so the staff can watch you – and perhaps eventually bow.

You’ve no doubt eaten and enjoyed Real Chili before drunkenly walking home on a Saturday night. But have you ever made it a destination, adversity to overcome? Pay homage to Al McGuire and the Golden Eagles' old mascot by paying $25 for the (relatively doable) Warrior Challenge. You have 30 minutes to eat five medium Marquette specials, which is 77 ounces of chili, including five cheeses, four sour creams, two onions, two jalapenos and one bowl of crackers. Hey, unlimited water is provided! If you can finish in half an hour or less, you get a $25 gift certificate to Real Chili, a Warrior Challenge T-shirt, your picture on the wall and "pride and respect." One employee said she hadn’t seen many people accomplish it, though she watched one do it incredibly in eight minutes.

Venture to Franklin and take your pick at Mulligan’s: either the Paddy’s Lament Burger Challenge or the Shepherd’s Pie Challenge. The burger is three pounds of Angus beef, topped with a half-pound of cheese, one pound of corned beef, lettuce, tomato, onion and pickles, plus a pound of beer-battered French fries. Eat it all in 60 minutes and not only is the thing free, but also you win a $50 Mulligan’s gift card! Since nearly 98 percent of people who’ve tried it have failed, maybe you’d prefer the Shepherd’s Pie Challenge instead. That’s three shepherd’s pies stacked and stuffed with seasoned ground beef, aged cheddar cheese, parsnips, peas, carrots, celery, colcannon mashed potatoes and Guinness gravy – eight pounds in all. If one person can put it away in less than an hour, the meal is free, plus you get a $75 Mulligan’s gift card and your picture on the "Winner" wall. But if you fail, the meal costs $45, comes with an embarrassing to-go box and your picture goes on the "Weenie" wall. So actually, that sounds worse than the burger.