In recent months I've been sharing images, courtesy of the Dahlman Construction Company, showing the construction progress of familiar Milwaukee buildings. Here is a sampling of images of other projects that Dahlman built over the years, with more to come in the future.

For example, you can watch the construction of the Hotel Metro/Mariner building here, the now-demolished Telenews/Esqure Theater here and the Landmark Building in the Third Ward here.

Here is a sampling of images of other projects that Dahlman built over the years, with more to come in the future. 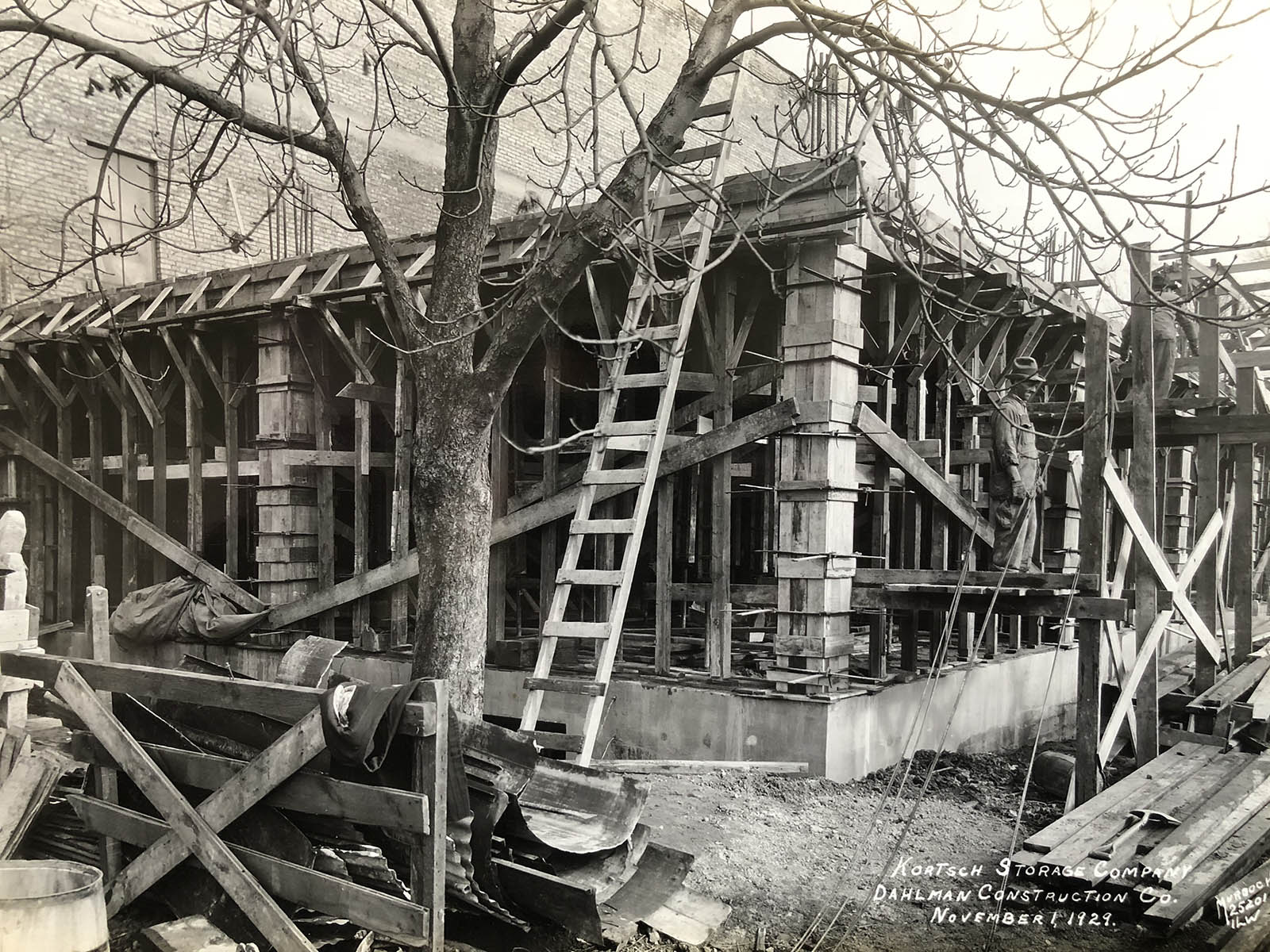 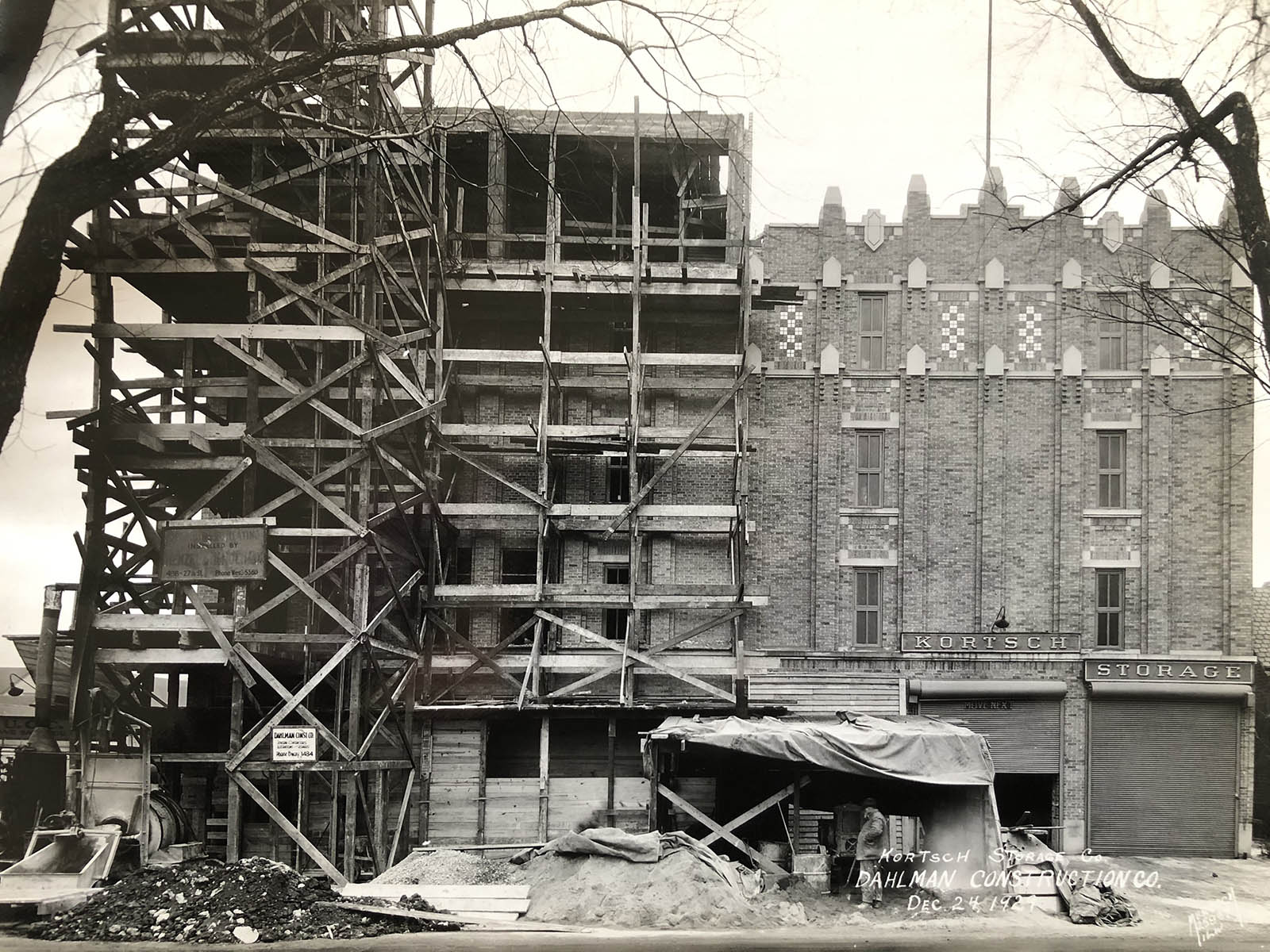 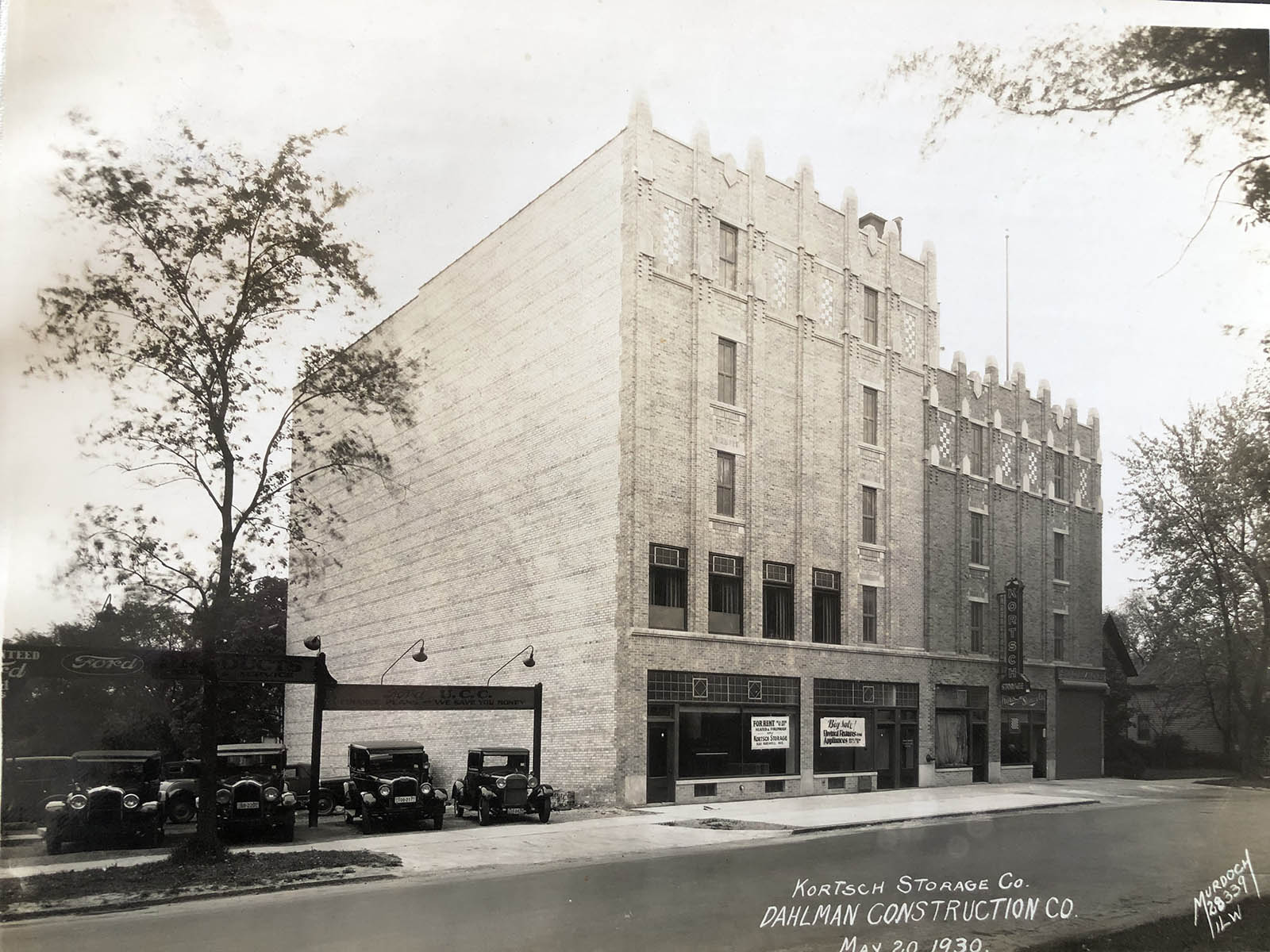 The 1919 Moderne Kortsch Storage building at 2409 N. Maryland Ave. is one of the prettiest on the East Side. The slightly higher section to the south was added in 1929-30 and that’s the one that Dahlman built and documented, as usual, with images, three of which you can see here. Two show work underway and a third offers a look at the completed structure in May 1930.

Kortsch also owned the former Ladder 5 firehouse on Bartlett Avenue for many years and as it was getting ready to sell the place in 2013, I got a peek inside. 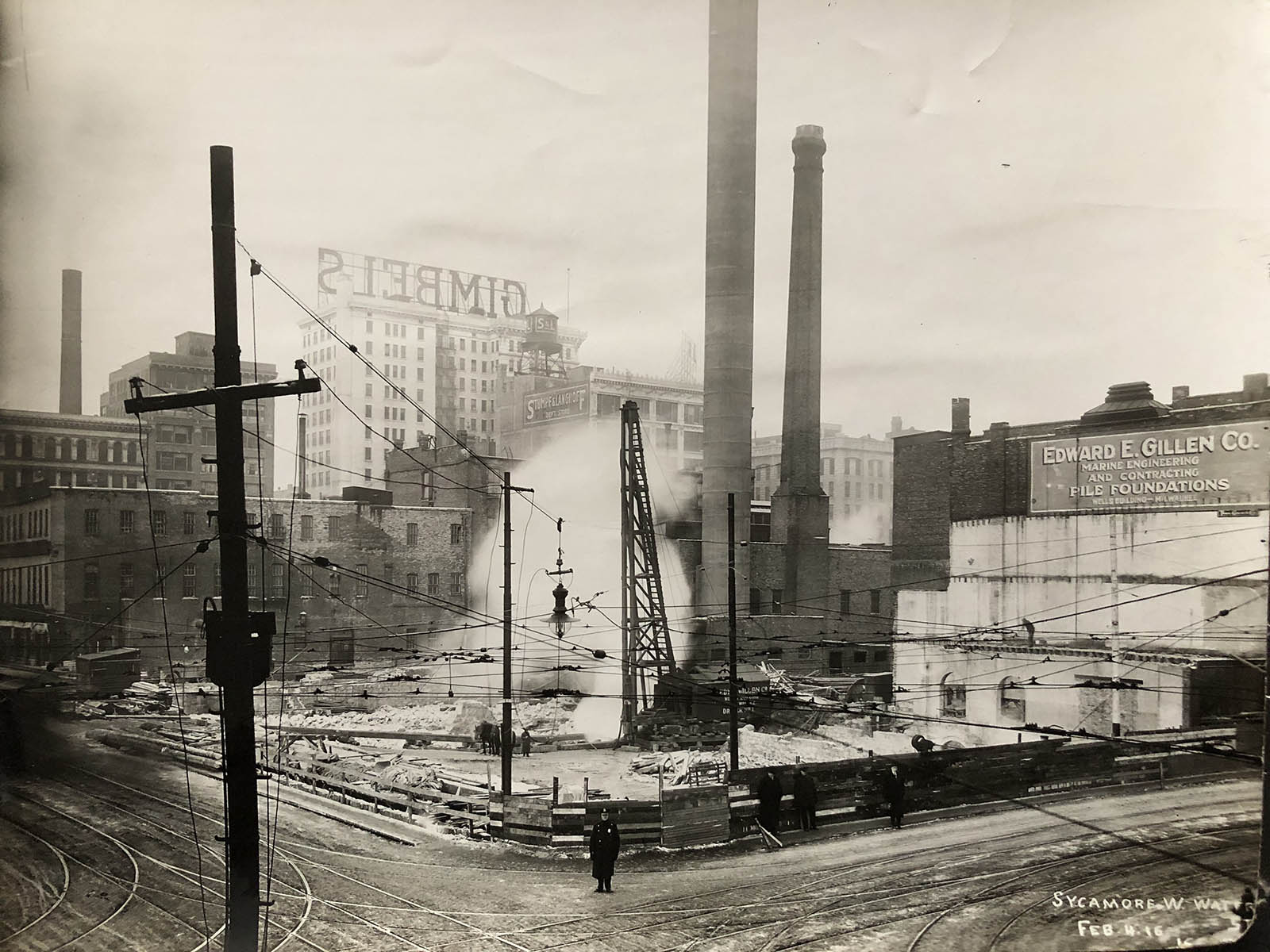 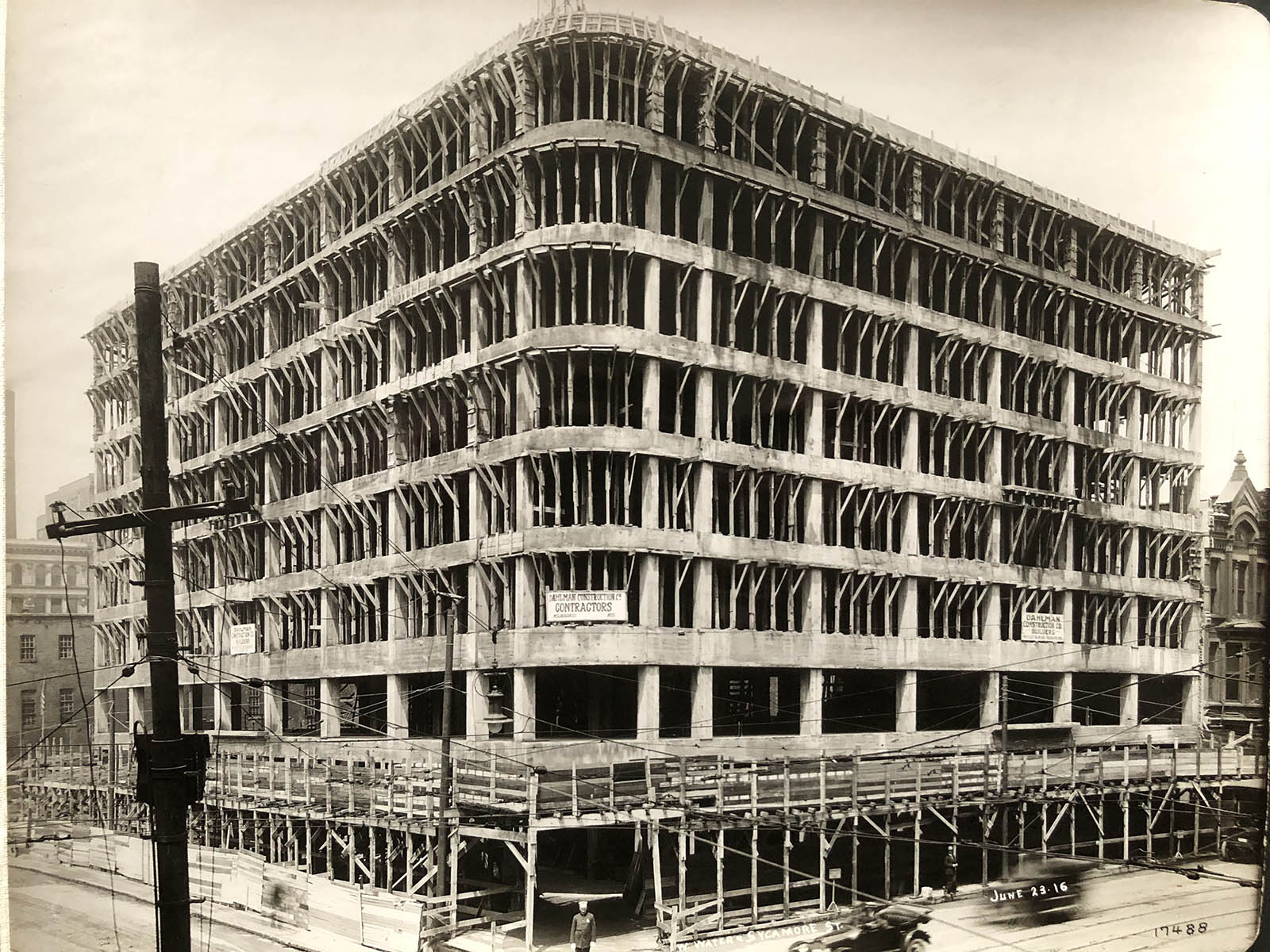 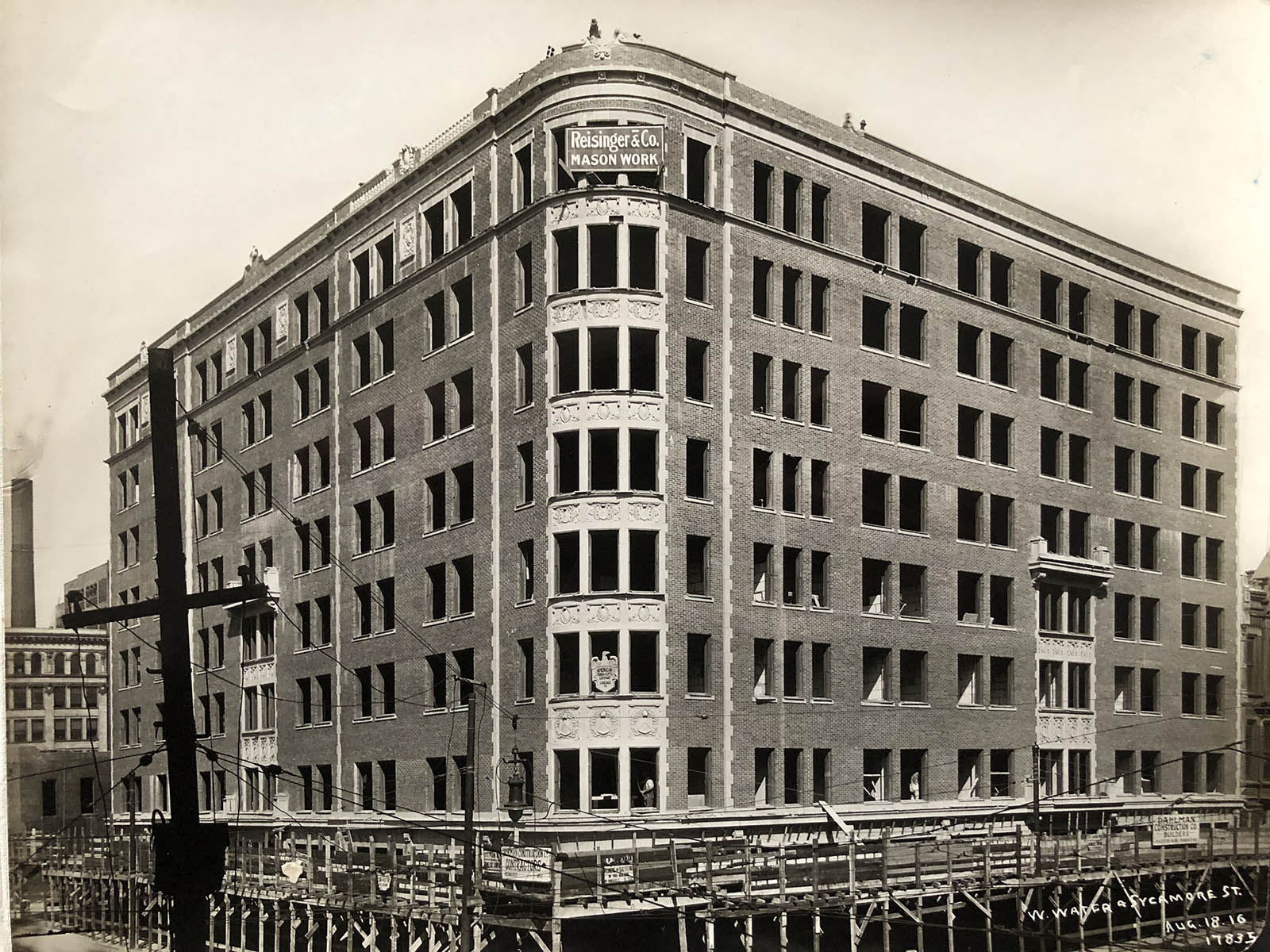 This eight-story gem, designed by Fernekes and Cramer, was built in 1916 and, sadly, no longer stands, having been razed to make room for one of the seemingly endless Grand Avenue Mall parking structures that helped erase a couple blocks of Michigan Avenue (and 2nd Street and Plankinton Avenue) architecture. It opened in 1917 as a 450-room replacement for the old Plankinton House Hotel that had been torn down to make way for the Plankinton Arcade on Wisconsin Avenue. It was torn down in 1980.

These photos are a reminder of what Milwaukee lost for parking over the years, but the earliest image, taken in February 1916, offers a great glimpse into the northwest corner of Plankinton and Michigan (then West Water and Sycamore) and the buildings to the north and west, including the Stumpf & Langhoff Department Store (which also built what later became the Bern Boys building in Walker’s Point), which is still there but you’d be hard-pressed to recognize it after two massive facade overhauls, in 1965 and 2007. 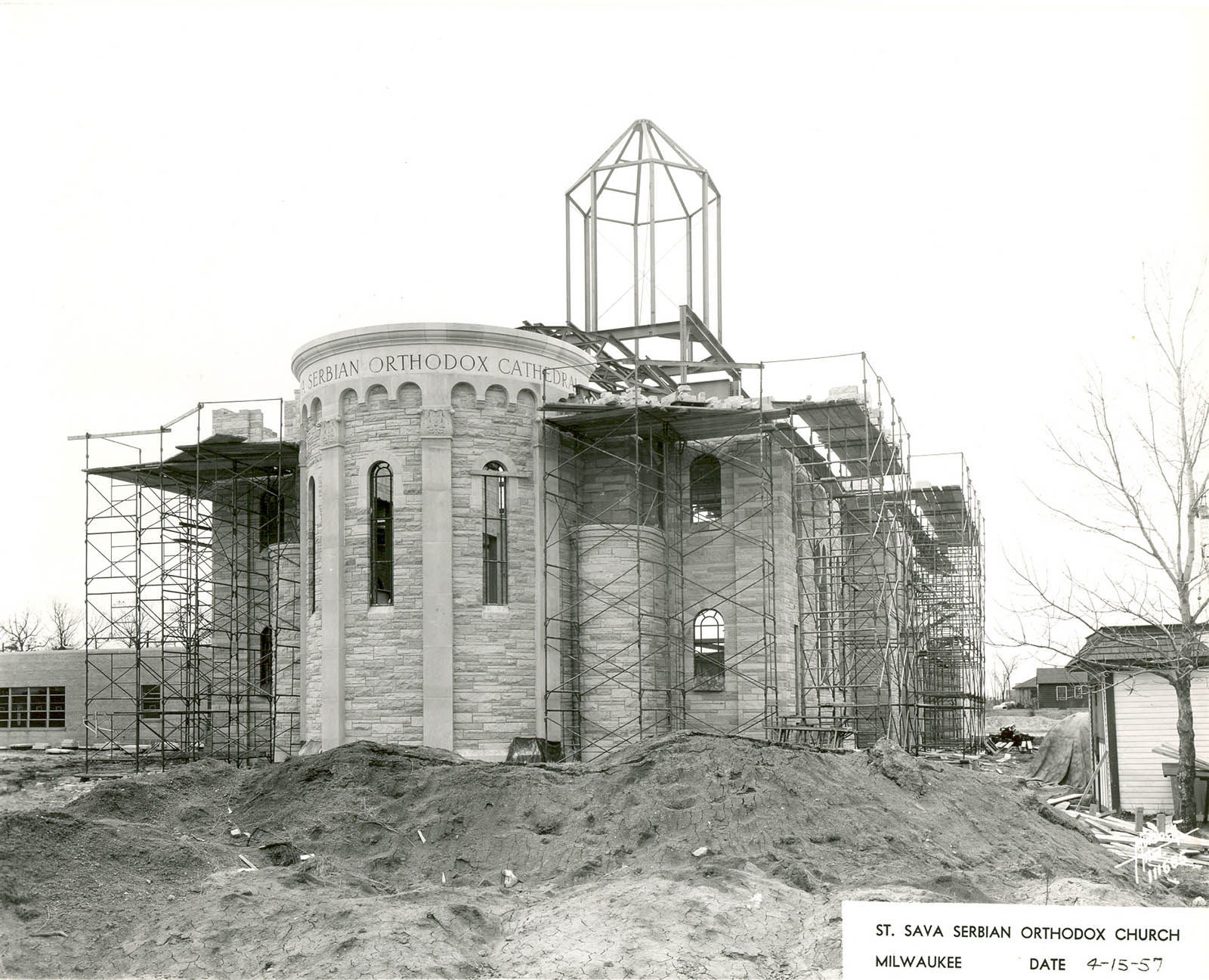 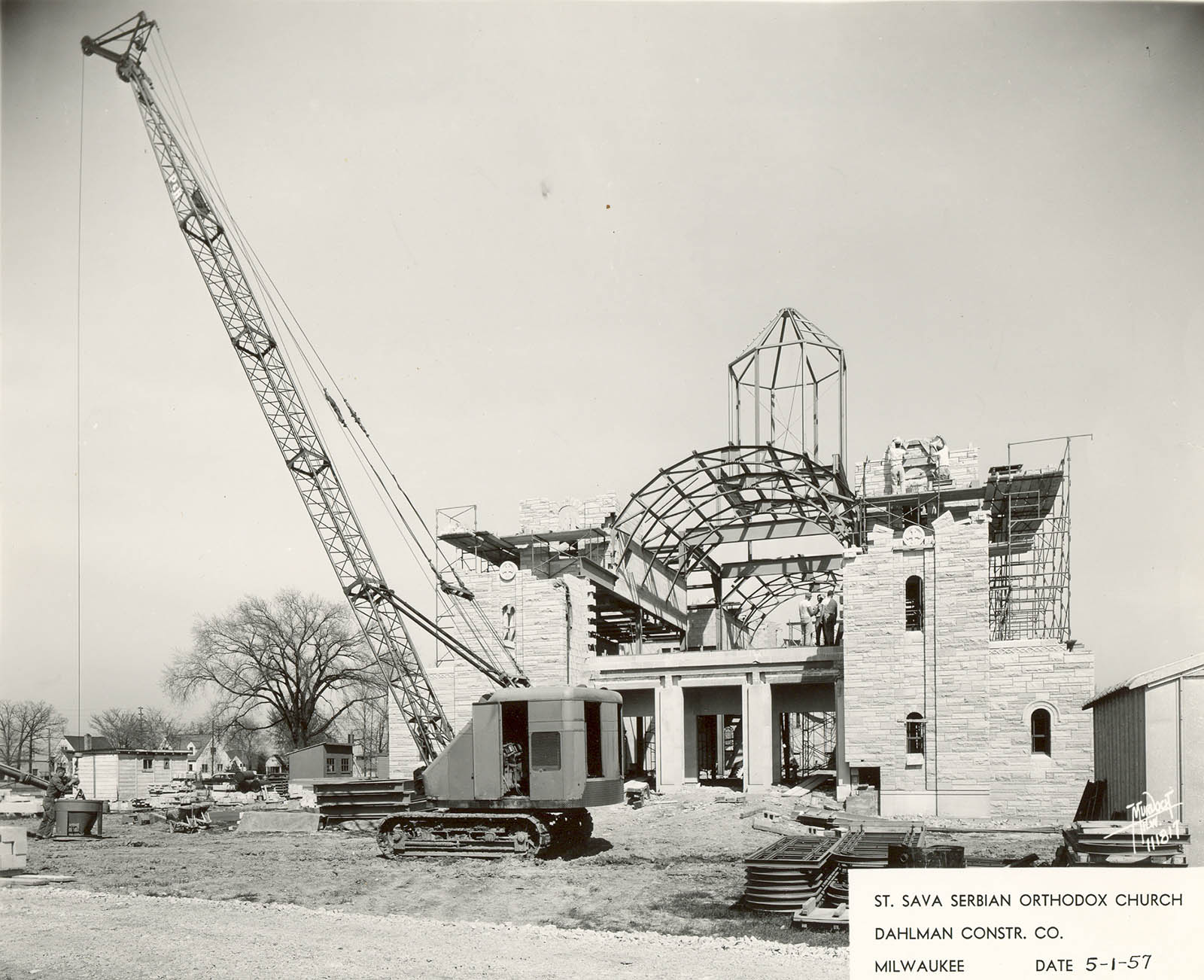 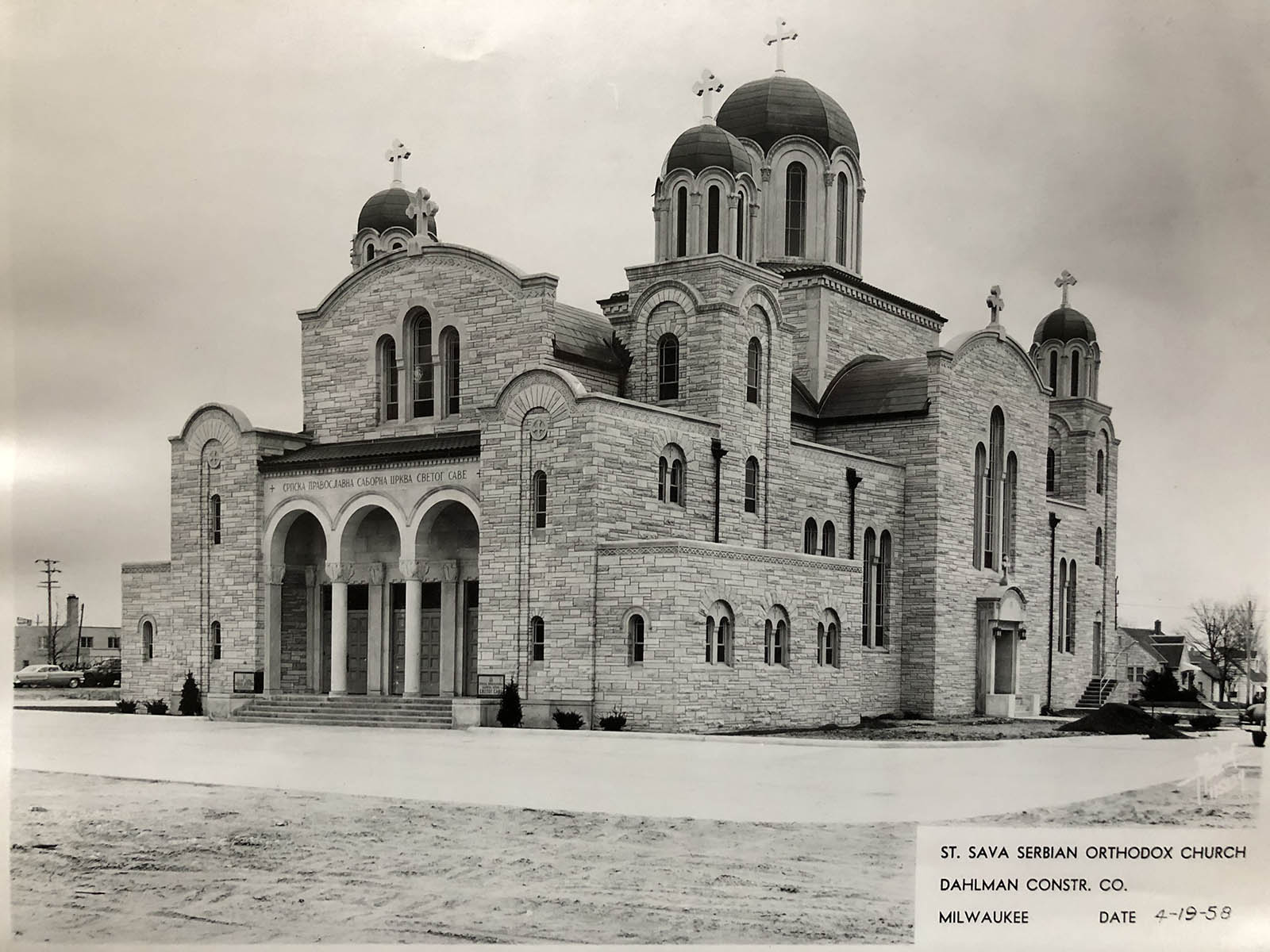 St. Sava was built for the Serbian community at 3201 S. 51st St., between 1956 and ‘57, and its stunning dome is one of the most reconizable features outside, while inside there are extensive mosaics. The building was designed by Milwaukee’s LeFebvre and Wiggins.

A pair of photos here show progress in spring of 1957, and a third shows the completed church a year later. 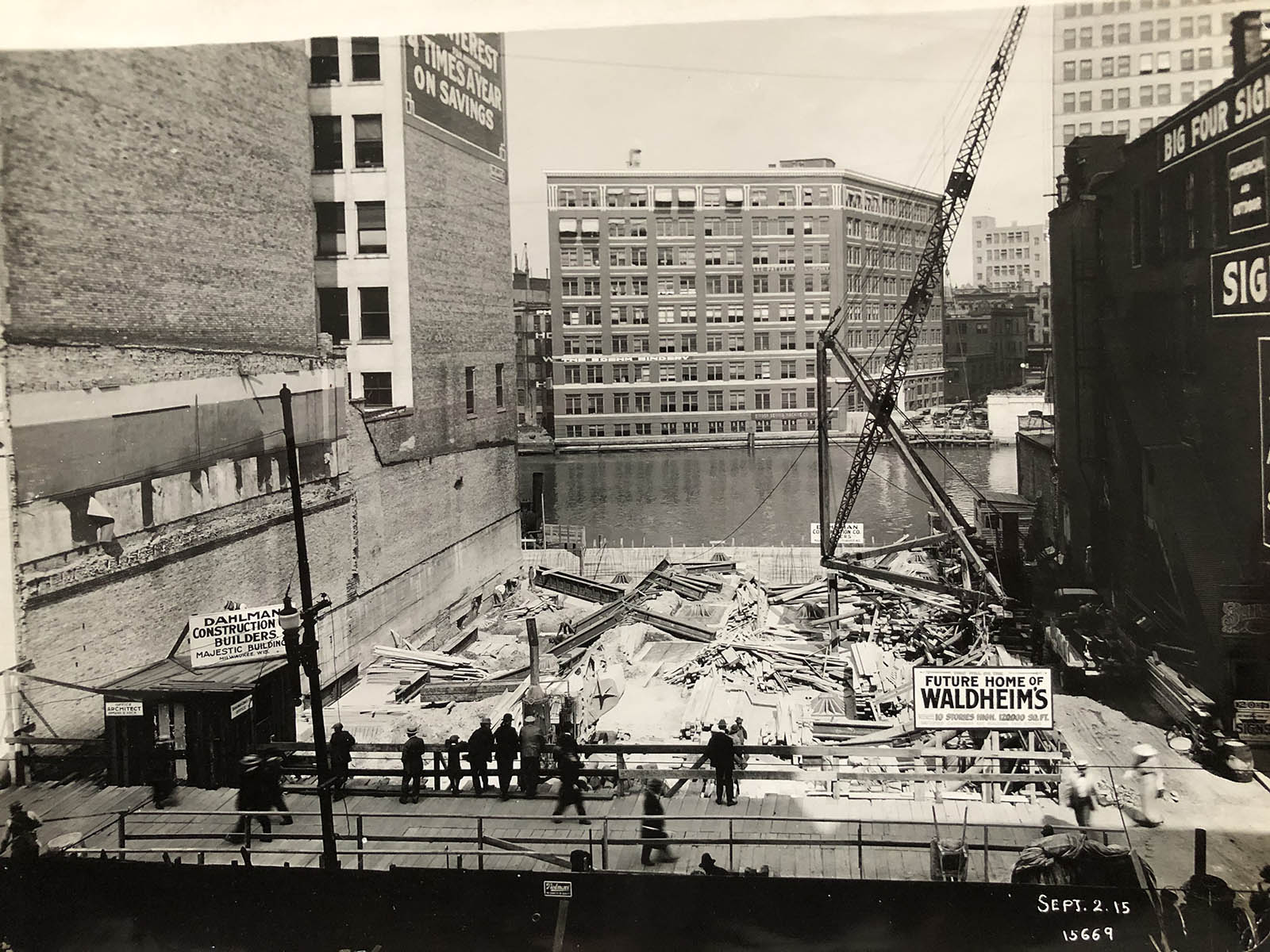 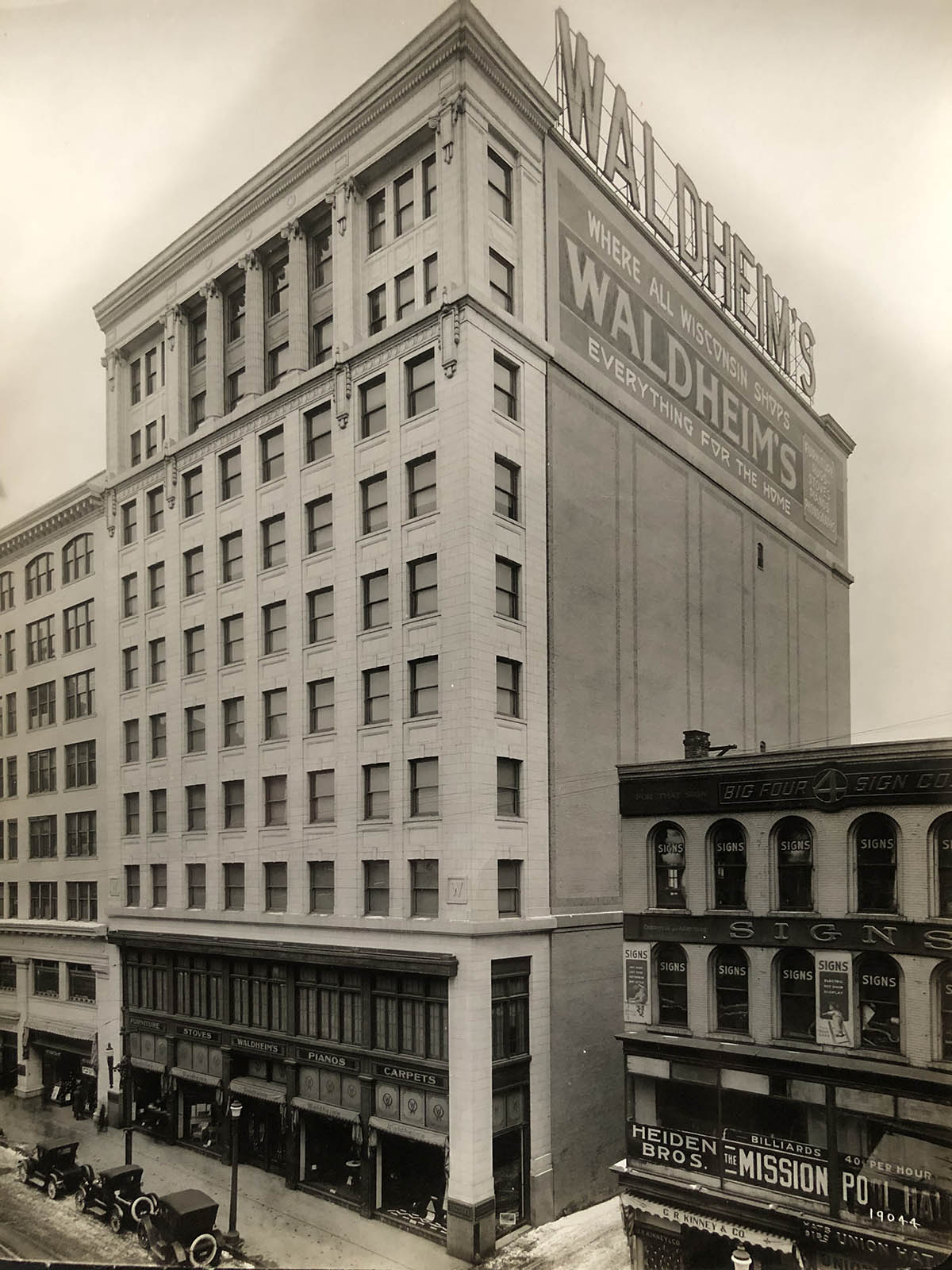 Now home to the Riverfront Lofts, the building at 730 N. Plankinton Ave., was designed by Armand Koch, son of the by-then late Henry C. Koch, and built in 1915-16 for Waldheim’s Furniture, founded by Victor Waldheim in 1892 and closed in 1982.

In 1946, Nelson Brothers furniture moved in from its old space up the street at 826 N. Plankinton and Waldheim’s continued to operate at other locations, including at the southwest corner of KIlbourn and Plankinton. From certain viewpoints you can still see both the Waldheim’s and Nelson Brothers painted signs near the roofline on the building’s south wall. This trio of photos is interesting because it shows the empty space, the construction in process and the final building. 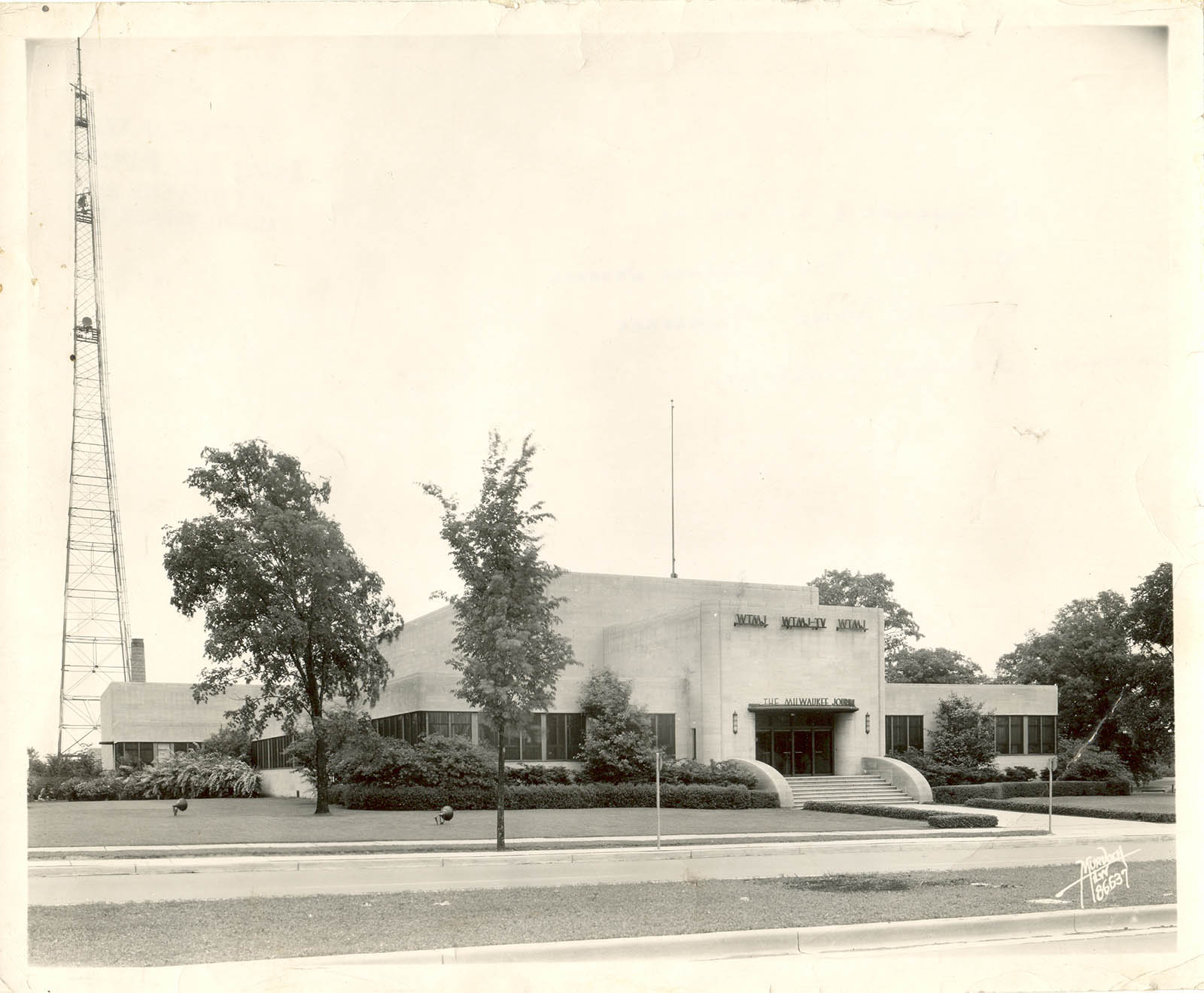 The Milwaukee Journal built the Art Deco Radio City building on Capitol Drive in 1941 as a new home for its WTMJ radio station, which had previously occupied the Journal’s Downtown headquarters. WTMJ-TV fired up its simultini (sorry, Tom Snyder reference, folks) there in 1947. I did a story about Radio City, which you can read here. OK, so there aren't any construction photos to share from Dahlman, but this lovely photo, by James Murdoch (about whom you can read more here), shows the recently completed building.