Nick and I are always searching for surprises while blazing down the Burning Through Brew City trail, but we got more of a surprise than we bargained for when we arrived at Cantina for our latest scalding stop. 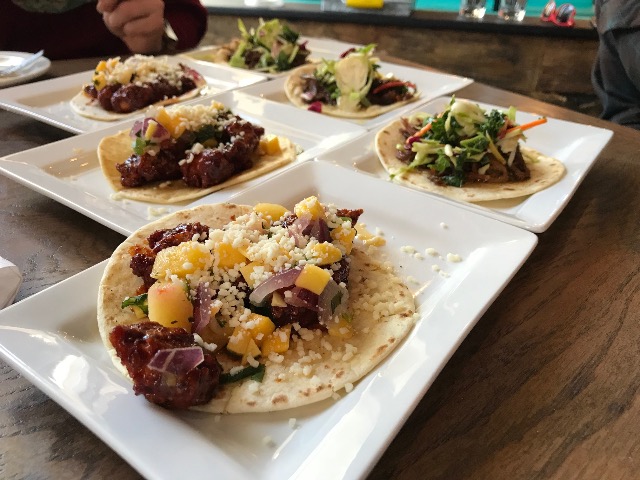 Nick and I are always searching for surprises while blazing down the Burning Through Brew City trail – a dish we wouldn't expect, a flavor that catches us off guard, a new restaurant that wasn't on our radar. But we got more of a surprise than we bargained for when we arrived at Cantina for our latest scalding stop.

Opened just last October, Cantina is one of the younger kids on the block, but considering the block, its growing pains should be few heading into the future. Located in the former Lucille's and Matador space on Old World Third Street, Cantina has prime placement for the new arena – just a short walk a block or two away – as well as current claim to the only Tex-Mex restaurant in the bar district, serving up tequila, bright eye-catching Dia de los Muertos decor and, of course, tacos.

The particular taco we had our eyes on Thursday afternoon was the Pollo Del Muerto – aka the Chicken of Death, a great name for a bad horror movie as well as a great name for a spicy taco. The taco was not only marked on the menu with a pepper for caution (the official Nick and Matt Burning Through Brew City Bat Signal) it was the only dish on the entire lineup that came with such a warning. So obviously we had to give it a try.

Unless, obviously, we arrived and the restaurant happened to be in the midst of a menu overhaul, trying out dishes for a new rollout beginning next Tuesday.

Luckily – or unluckily, depending on the spice level – while the Pollo Del Muerto was no longer an option (R.I.P. Chicken of Death), Cantina and Chef Zachary Martinez had not one but two new spicy dishes to challenge us with: a Riverwest Stein brisket taco topped with a scorpion pepper sauce and broccoli lime slaw, as well as a gochujang habanero chicken taco complete with a mango and avocado salsa, and Donita cheese. This wasn't simply a test of our spice threshold, though. Our feedback would help Chef Martinez and Cantina decide if one, or both, of these little taco torches would make it to the new menu. So not only was the fate of our taste buds at risk, but so were these recipes. Truly this was the hot seat!

Well, with great power comes great responsibility ... and also apparently great elote, another new Cantina menu addition – this one based on a Martinez family recipe that they should be very proud of. I ate my body weight in this stuff – and plan to do so again as soon as the new menu kicks in. 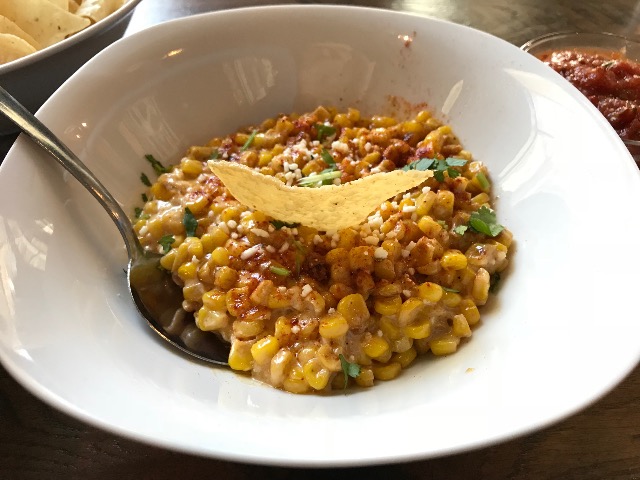 Eventually, however, it was time for tacos – and time to put these brand new, never-before-seen tastes to the test. Do these two deserve to make it to the new menu? And did they melt our faces off in the process? Let's dig in:

Nick: The scorpion sauce on the brisket held back for a second. In fact, we thought we had a dud. We were wrong. It fired up shortly and leveled off at a very noticeable mouth burn – not sharp, but like your whole mouth is buzzing with a very satisfying heat.

The habanero/gochujang sauce, on the other hand, puts you on notice immediately. The habanero end of things made itself known even before I finished biting the first bite. The habenero brought an immediate heat, while the gochujang's rounder, mildly fermented bite rose in the background. There's some sting to this one, a sharper and more intense heat that fades (if you can call it that) to an all-around mouth burn. That is, before your stomach lights up.

Matt: If you watch Nick and I's first bite of the scorpion brisket taco, there's a brief moment where our eyes meet and say, "Oh no, are we going to have to tell this chef to his face ON LIVE VIDEO that his spicy taco is not spicy?" Thankfully, the heat soon kicked in, and my concerns went from our chef's feelings to my own throat's wellbeing. While the rich stouty Riverstein Stein flavor arrives first, the heat of the scorpion pepper sauce soon quietly sneaks up behind it and kicks it out of the way, taking over your taste buds with satisfying sizzle that doesn't back off.

But that taco is damn merciful compared to the gochujang chicken number. Unlike the scorpion sauce, this sneaky little sucker punch to the taste buds opens with the herbaceous heat of the habanero – a familiar sting from the habanero sauce at our last stop, Hooligan's – but then roars into a second, deep strike of gochujang fire. (For those who haven't tried gochujang, it's a little like a richer, earthier sriracha.)

Oh, and also there's jalapeños in the salsa. So basically, you're getting three brands of blaze in a single taco – and boy do they all show up, lighting your entire mouth on fire and refusing to let up. The gochujang gives you a mighty burn in your midsection, while the habanero delivers that almost stinging heat. And the jalapeño? He's just running around dousing everything with gasoline.

We started this meal wondering where the heat was. We ended wondering when it would stop – and when could we take another bite.

Meanwhile, it's been more than an hour, and I can still feel my stomach burning from the gochujang/habanero end of this meal. It kicked in as soon as it hit my stomach and since has faded into a lasting warmth – not so much I'm uncomfortable, but more than enough to remind me of a spectacular meal.

Matt: This is where these two tacos shine. Long after our meal, I still had a cozy belly burn reminding me of our tasty lunch. Eventually I tried to cool off my boiling stomach cauldron with a popsicle. It was tasty but ineffective – and so were the rest of the popsicles, which I ate for extinguishing aid ... to no avail. Your gut will remember these tacos.

Nick: I was genuinely floored by the complete flavor of both tacos. Both represent a clear effort to add high heat to a tasty, artful dish. The broccoli lime slaw, for instance, on the brisket taco brought a tart, crunchy structure to the brisket's sweet softness. Meanwhile, the sweet mango avocado salsa contrasted the gochujang funk, and the cotija cheese smoothed out the breaded chicken crunch. Each would be delicious without a lick of heat. But set them both on fire, and you've got absolute magic.

Matt: It says a lot about these tacos that, even despite the monstrous heat scalding our mouths, both Nick and I couldn't stop talking about the actual flavor in each. The gochujang chicken taco is a masterpiece of balance, with the richness of the gochujang and the cojito cheese bouncing off the fresh brightness of the fruity salsa – plus, the chicken itself had a crave-worthy crunch to add an extra pop to the dish. Also: It was really, really hot.

My personal flavor favorite, however, goes to the brisket taco. Maybe it was because I was expecting just heat, but the rich brisket combined with the powerful beer flavor – and a little crunchy, tangy pop from the slaw – slowly sizzling its way into a sweltering, sweat-inducing heat, destroyed me in all possible ways. It tasted like a lava flow went through a brewery – which, as it turns out, tastes delicious.

Nick: Cantina's new menu debuts next week and I can't wait to get back to try them again. (Technically the menu isn't set so we can't say for sure either will be on that menu – double-cross your fingers!) Life-affirming heat aside, these new tacos tell me Cantina is doubling-down on unique, quality dishes for the new menu. The gochujang chicken was my favorite of the two, but I'd eat the brisket every day if you let me. I'm really looking forward to seeing what else they come up with.

Matt: There's a difference between a good spicy dish and a good dish that's spicy. The Too Hot For A Normal Person wings, the most singe-inducing thing we've sampled, is a good spicy dish. It's all about the heat – period – and that's great for heat seekers and those looking for a good capsaicin challenge.

But these two tacos from Cantina are definitely in the latter category: beautifully composed, thought-out plates of food that want to develop an entire flavor experience in your mouth – while also burning it to ash with delectable hellfire. It's not just a challenge or a stunt; it's just damn delicious eats that also happen to be damning your taste buds to purgatory.

Sweet, sweet, flavorful purgatory. And I look forward to you joining us there soon when Cantina puts hopefully both of these tacos on the new menu next week.

Also, you're going to want a bowl or five of Cantina's elote – stat.