If you're a fan of pie, there's good news on the horizon. Hatched, a new company specializing in small-batch pies is receiving accolades and slowly gaining a steady following in Milwaukee.

If you’re a fan of pie, there’s good news on the horizon. Hatched, a new company specializing in small-batch pies is receiving accolades and slowly gaining a steady following in Milwaukee. 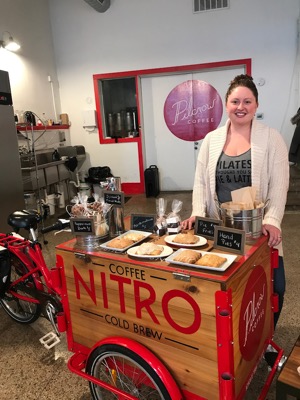 For those keeping an eye on the pie, the name of Hatched owner, Allison Cebulla, might ring a bell. After all, her sugar plum pie with vanilla brandy sauce was the winner of the recent "Waitress" pie contest hosted by the Marcus Center for the Performing Arts.

Her pies are also making appearances around town.

For instance, her pies are now a regular feature on the dessert menu at North Avenue Grill, 7225 W. North Ave. They're also the feature of a new Sunday morning residency at Pilcrow Coffee, 1739 N. Dr. Martin Luther King Dr., where Cebulla sells her scratch-made hand pies every weekend from 9 a.m. until 2 p.m. (or until she’s sold out).

Hatched pies are distinct. They come in a variety of sizes including rectangular hand pies and 5-inch deep dish pies in flavors like caramel apple, pumpkin, cherry cheesecake, cran-apple and blackberry raspberry. And they’re made the old fashioned way with lard and butter-based crusts, locally grown and milled flour, seasonal fruits and sweeteners including maple syrup and honey.

"‘I’m basically a grandmother in a 29-year-old body," notes Cebulla, who says she relies on classic baking techniques and looks to vintage recipes for inspiration.

"I try to make pies that speak for themselves in terms of ingredients," she says. "The flavors are uncomplicated; they’re seasonal and based on things that are familiar but still unique. And my main goal is always to showcase the flavor of the fruit."

And the shape and size of her pies are intentional.

"My hand pies are rectangular because you get a better crust to filling ratio," she says. "And I love the idea of offering smaller 5-inch pies. So many people don’t need to buy a whole pie, so it really reduces waste." 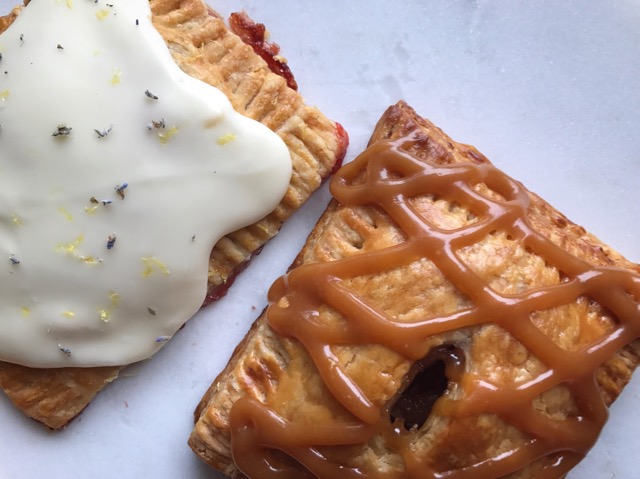 Allison says she’s been experimenting with pie for years, making some of her first creations from scraps of dough in her mother’s kitchen.

"That was the start of my baking," she says. "I’d take scraps from my mom’s pies and she’d let me do whatever I wanted with them."

Those experiences, many of which she says left her covered in flour, also inspire offerings like Hatched’s "pie fries," sliced pieces of pie crust tossed in cinnamon or sanding sugar and served with brandy sauce, caramel sauce or any number of fruit fillings.

From childhood, Cebulla says her passion for baking only increased over time, leading her to pursue three years of training in culinary arts and food science at Southwest Minnesota State, along with a series of jobs working behind the scenes in pastry kitchens around the state.

One of the experiences she credits for helping to frame her focus on sourcing directly from local farms was a job working for a farm in the Driftless Region of Wisconsin. Her husband Craig, who had developed an early interest sustainable food systems, established his career path working on farms throughout the state. 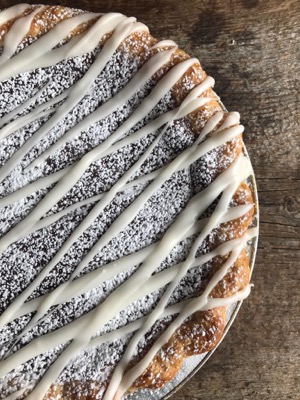 "In 2013, he took a job on a farm and they were advertising for a farm chef and educator," she says. "I didn’t get the job right away, but I was asked to fill in when the former chef left mid-season."

During her tenure, she handled catering, preparing meals for farm staff and writing recipes and educational information for the farm’s CSA newsletter.

"For me, the job really reinforced the necessity and benefits of utilizing small local producers," she says. "Even big conglomerates start as small farms, and small, independently owned farms are the backbone of our agricultural system. And having the ability to work with such fresh, local produce opened my eyes to the quality that you get when you focus on local and seasonal."

Today, Craig assists Allison with running Hatched. His role, he says, is behind the scenes; but he helps with prep, handles a variety of duties on the business end, and will handle wholesale orders as business picks up. Allison notes that his role in the business has not been insignificant.

"Ever since we started dating, he was always pushing me to put myself out there," she says. "But, I’ve always been pretty shy about it. It’s tough; there’s a vulnerability about it."

"I always believed in her," notes Craig. "She’s really talented. So, I’ve always encouraged her to step out of her comfort zone and showcase what she does."

Cebulla says her ultimate dream is to own a brick and mortar shop. But for now she’s concentrating on exposing customers to the products she makes. Beginning this summer Hatched will debut its offerings at multiple farmer’s markets. They will also launch a mobile operation, a nitro-trike featuring cold brew from Pilcrow and hand pies.

"It’s just the beginning," she says with a smile. And that sentiment is more than appropriate. After all, it gets down to the foundations of what Hatch is all about.

"Growing up, whenever there was anything new or fresh, my mother always said it was ‘freshly hatched,’" Allison notes. "And that concept always stuck in my head. It’s clean, it’s simple. It represents something that’s new. It’s the possibility of possibility."

In addition to purchasing Hatched products at Pilcrow Coffee, pies can be ordered by contacting Allison at hatchedmke@gmail.com. You can also follow Hatched on Facebook and Instagram.

7 reasons why pie is better than cake

Wisconsin's "most searched pie" for Pi Day isn't what you think