Long before there was an East Side, there was a North Point Lighthouse. Today the beacon tower sits surrounded by trees in Lake Park, where it is open as a museum, as well as enduring Milwaukee landmark. Let's go inside.

Every Milwaukeean has a Lake Michigan story and for the next seven days OnMilwaukee will share as many as possible during "MKE Lake Week," sponsored by the Harbor District. Love the lake? You’re in the right place.

Long before there was an East Side, there was a North Point Lighthouse, 2650 N. Wahl Ave.

Today the beacon tower sits surrounded by trees in Lake Park, but when the first lighthouse here was built just a few dozen yards to the east, in 1855, it was right up on the edge of the bluff overlooking the lake, which lapped just below (where there is now Lincoln Memorial Drive and a spit of land to its east).

Through brutal winters and broiling summers, through Civil War, two World Wars and unspeakable change, the light shone, providing lake sailors a beacon in the night. At least until 1994, when the light was switched off.

These days, the North Point Lighthouse is a museum, as well as enduring Milwaukee landmark. 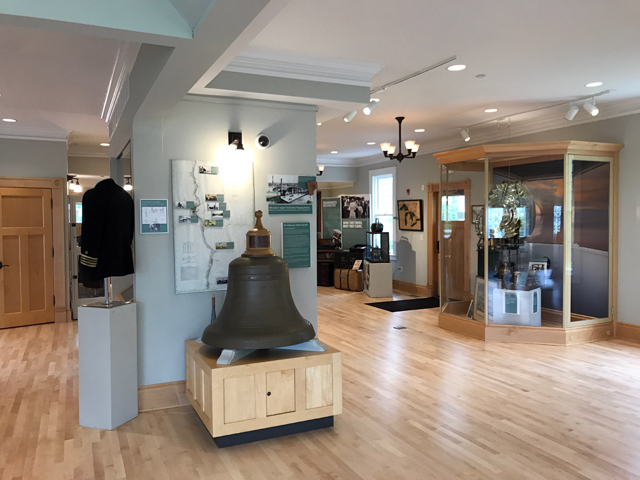 The keepers quarters – a lovely 1880s Queen Anne home – house an array of interesting exhibits, featuring memorabilia and photographs, as well as a small bookshop, while the upstairs provides office space, a boardroom (pictured below) and some other services for the folks who keep the place going. The museum also hosts an annual lecture series, bringing interesting local voices to speak to guests, who pay a nominal fee. 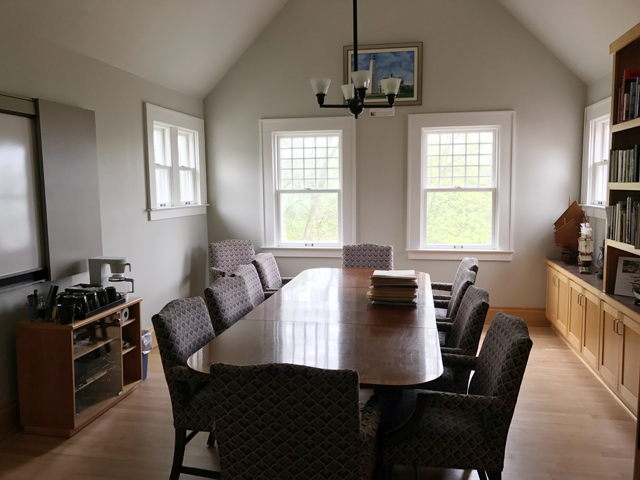 For a number of years, the keepers who lived here also maintained the breakwater lighthouse.

The grounds are nicely tended, too. But it is the lighthouse itself, of course, that is the real draw.

The first lighthouse in Milwaukee was erected at the foot of Wisconsin Avenue in 1838, three years after the city became a Lake Michigan port town and eight years before Milwaukee was chartered. 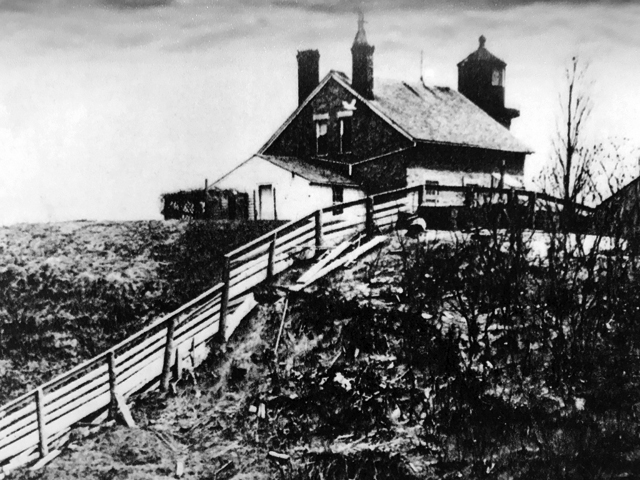 In 1855, a lighthouse was built at North Point (pictured above), just across the ravine from the current light. Some exploration there has turned up remnants of it. Because of bluff erosion, the decision was taken to build a new lighthouse further inland, which may seem odd to modern Milwaukeeans now that the lake no longer reaches the bottom of the bluff. 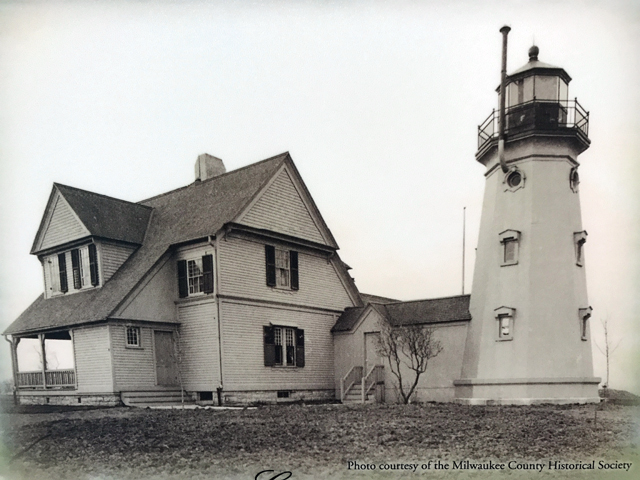 That new lighthouse was octagonal and built in 1887 out of bolted iron (see below). It was capped with the lantern from the lighthouse it replaced. 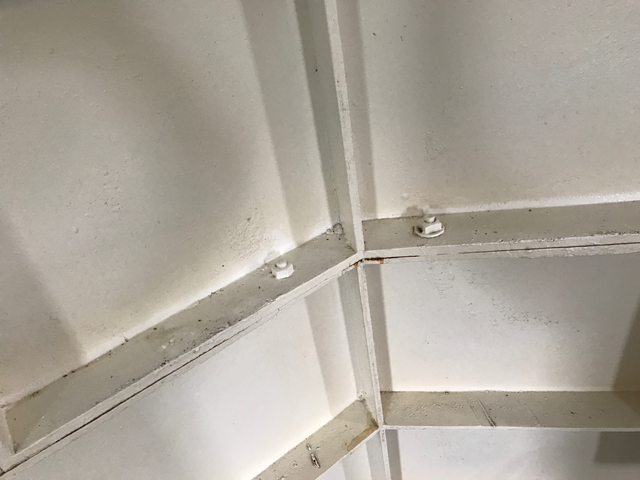 In 1907, the light went dark because the trees in the park had grown too tall and ships couldn’t see it anymore. It was replaced with a light ship anchored in the bay until funds to elevate the tower were allocated in 1912.

A temporary tower was constructed between the keeper’s house and the lighthouse for use while the work was completed, creating this interested two-tower look... 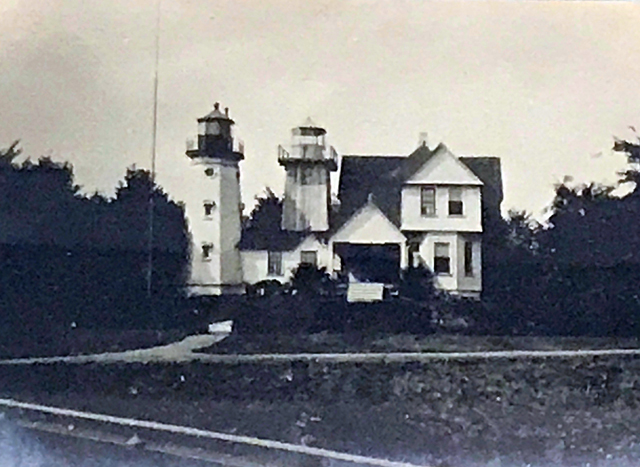 The old tower was taken apart and a 35-foot riveted steel base (see photo below) was built. The original bolted iron tower was raised up on that base and the 1855 lantern was returned to top it all off at 74 feet above ground and 154 feet above the level of Lake Michigan. 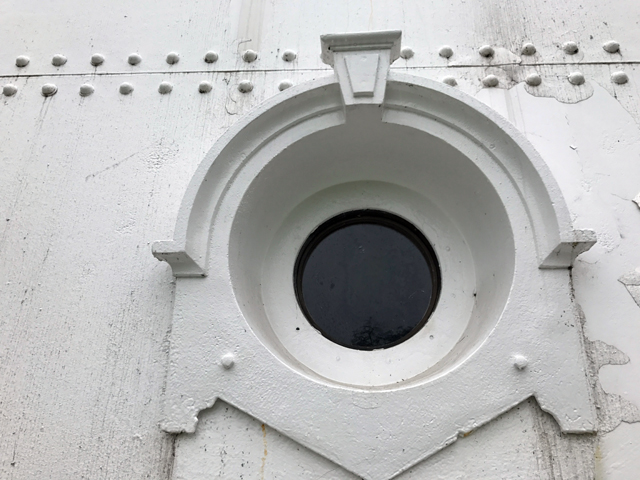 The old fuel oil to light the lamp was replaced with coal gas in 1913 and was converted to electricity in 1929. 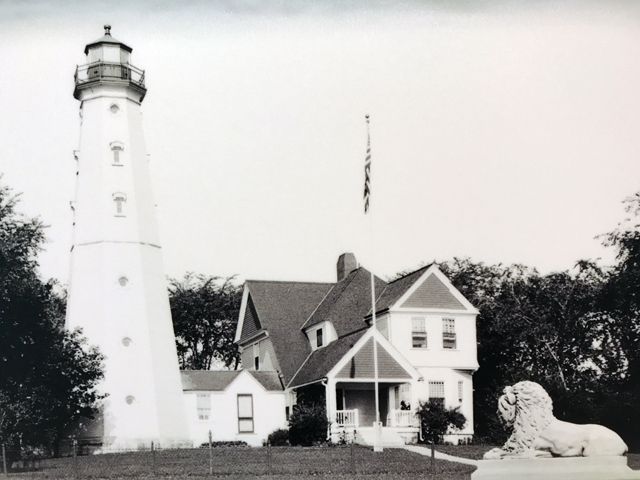 Climbing the tower’s 80 or so steps isn’t hard, especially if you do it only once in awhile. But consider Georgia Stebbins, who served as lighthouse keeper from 1888 until 1907 and who apparently was away from her post only three times during all those years.

As keeper, Stebbins had to climb the tower (which was, admittedly, not as tall in her day) every four hours from sunset to sunrise. That means she scaled the steps at least 64,000 times, if not more. 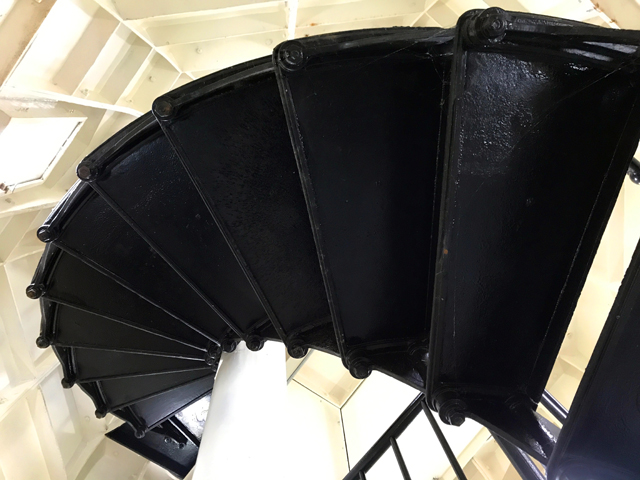 When I went up there most recently, I stopped to look more closely at the details. You can see where the riveted steel of the newer portion gives way to the bolted iron of the older bit.

One level below the actual light – on a floor called the watch deck – you can see where the wood-burning stove that kept the lamp oil from becoming too gooey vented to the outside. Panels dotted with glass balls allowed light from above to filter down into the watch deck. 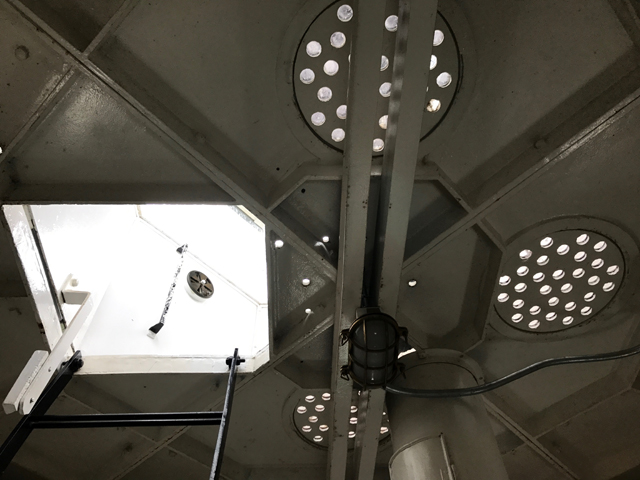 Up in the tight lantern space, there’s a great view of the lake and down into the trees. On a nice clear day, especially when there are no leaves on the trees, you can see down along toward Downtown (no, you can’t see Michigan, because of the curvature of the Earth). 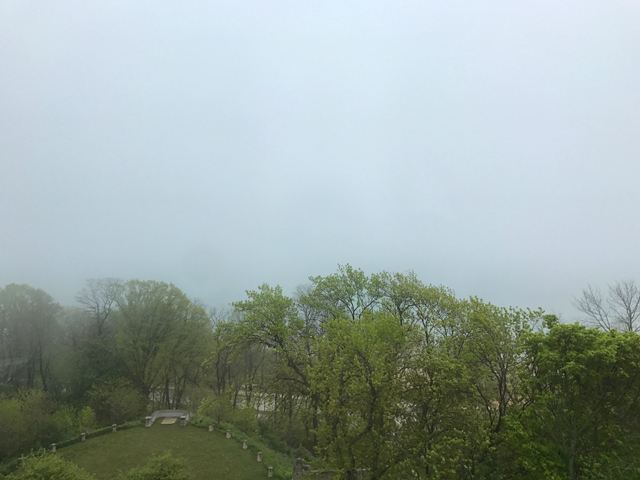 A small panel here can be removed so that the keeper could go out onto that narrow walk, with its decidedly thin railing, to make sure the windows were clean and free of ice in winter. 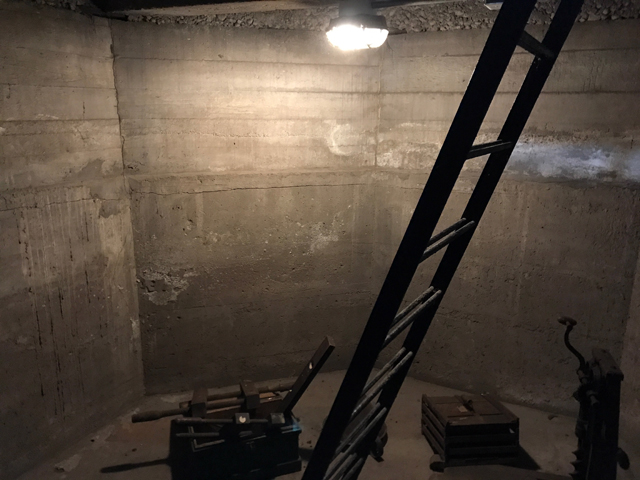 Though I’ve only been inside a couple times, I’m a big fan of the lighthouse. As I wrote when I took my kid there for the first time about five years ago:

"The year the light went dark – 1994 – I lived a block away on the top floor of an apartment building and just as if I were up on the bridge of a Great Lakes tanker, I could see on my bedroom wall the beacon's regular, repeating appearance as it spun atop the lighthouse each night. For years, that vision – accompanied by the deep, melancholy howl of the lakefront foghorn – was the mental image conjured by the North Point Lighthouse.

"If you'd have told me as I lay in bed on Belleview Place back then that I'd someday scale the steps of that lighthouse with my boy, I'd have said you're nuts. Now, it's a perhaps humble experience, but one I'll remember for a lifetime."