Milwaukee photographer Bob Cavallo shot a lot of concerts over the years. He also shot film at Summerfest 1971.

I spent a fair amount of the late spring a couple years back writing about the history of Summerfest, which was then celebrating its 50th Big Gig.

You can read that baby here.

There is nothing like a photograph to help bring to life the festivals of the past, which is what I thought when I posted these images of Milwaukee having fun at Summerfest in the past as an accompaniment.

But what really takes one back is film and video. And thanks to Milwaukee rock and roll photographer – and musician – Bob Cavallo, we have some footage he shot of the set-up for Summerfest 1971.

Among the performers that year were pioneers B.B. King, Chuck Berry, Little Richard, Bo Diddley, The Coasters, The Drifters and Muddy Waters. Also on tap were country stars Jeannie C. Riley, Sonny James, Ray Price and Roy Clark; as well as teen hitmakers like Bobby Sherman and The Jackson 5; rock acts like Mountain, John Sebastian and Blood, Sweat and Tears; and jazz artists like Woody Herman.

Cavallo's band The Messengers also performed on an eclectic bill that also included Sherman and the Milwaukee Symphony Orchestra. It was when The Messengers split up that year that Cavallo traded his drum sticks for a camera and began working for his father, who was a photographer.

It's interesting to see the glimpses of the skyline and, especially, of the poured concrete supports for the future Hoan Bridge before any of the deck was constructed. 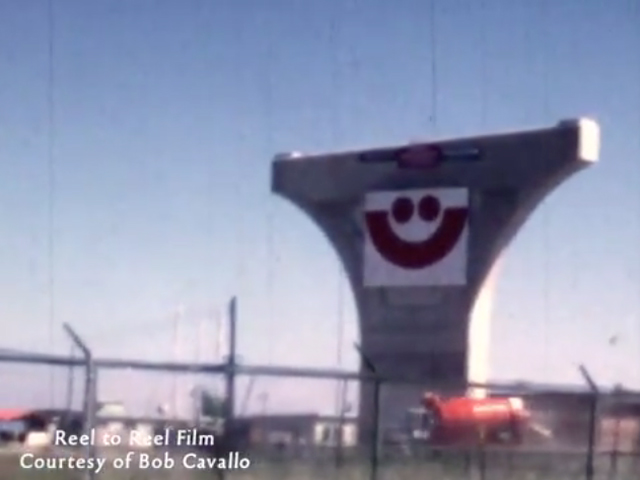 Also interesting to see how a couple guys used a rope and pulley system to fly the speaker cabinets for the P.A. systems onto less-than-solid-looking scaffolding and to see the tents, stages and what appear to be rows and rows of folding chairs for seating.

The festival, my friends, has come a long way.

Thanks to Bob for this great footage.

Oh and, because this was 1971, some shirtless stagehand had to moon the camera, so if nudity offends you, don't watch.