As soon as he arrived as Summerfest's new executive director in 2004, Don Smiley set about improving the grounds and facilities as a means for enhancing the guest experience at the Big Gig. That work continued, full steam ahead, in the second decade of the new millennium.

As soon as he arrived as Summerfest’s new executive director in 2004, Don Smiley set about improving the grounds and facilities as a means for enhancing the guest experience at the Big Gig.

"I don't know what folks focused on in the past, but I was going to focus on the property," Smiley recalls. "Because if something wasn't done pretty quickly, you know, they would've started losing stages. I mean, literally falling apart.

"I looked at the structures, and the buildings, and the land, and how are we going to make this a more pleasant experience for the fans versus just a 12-hour frat party, 11 days a week."

That work continued, full steam ahead, in the second decade of the new millennium.

In 2010, a number of improvements arrived, including a new South Gate entrance and box office, a new Briggs & Stratton Big Backyard Stage with a raised viewing deck, additional restrooms, new restaurant buildings and upgrades to the Summerfest parking lots.

"When you have temporary stages they can be dangerous in high winds, and, God forbid, a tornado comes through or something," Smiley says. "So I really wanted to get away from anything temporary. Or really minimize it. And that's why we ended up building the BMO Harris Pavilion, with a roof on top and so on." 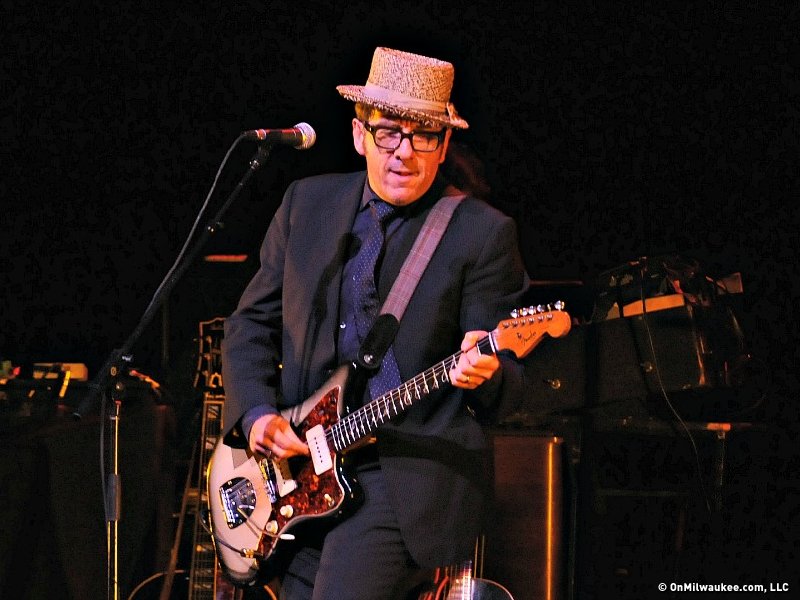 Elvis Costello was one of the performers to play the BMO Harris Pavilion in its first year.
(PHOTO: Dave Bernacchi)

In addition to allowing the Big Gig to book acts a little too big for grounds stages but perhaps not quite Amphitheater-ready, the BMO Harris Pavilion has served as a place where Summerfest can host concerts outside the 11 days of the festival.

"We're do co-promoted ventures with (The Pabst Theater Group’s) Gary Witt at the BMO building," says Smiley. "Some we do on our own, some we do with Gary. I just think we're to the point where we're getting to a nice trajectory, and we can do more.

"It's fun working with Gary and his company; he has very experienced people. And we do good things together. If he wasn't a good operator, with honesty and integrity, we wouldn't be interested, but he's just the opposite, so we will do more."

The same year, Smiley launched another extra-festival event, the Summerfest Rock ‘n Sole Run, which includes a 5K and quarter- and half-marathon races – in addition to a kids’ race – that allow runners a route with a view, as the courses go over the Hoan Bridge above the Henry Maier Festival Grounds.

"It really came down to we have all this talent around here, so let's do more events," says Smiley. "So we started with the race. There weren't many half-marathons, and quarter-marathons, when we started. Now there's, I don't know, six, seven or eight of them? We also do the Big Gig Dress Rehearsal on Saturday night (before Summerfest). That's to kick off the entire week of Summerfest."

In 2014, Summerfest brought back a Ferris wheel, setting it up on the north end of the grounds, where it not only offers great skyline and lake views to riders, it serves as a beacon for folks to see the festival taking place.

While Dave Matthews Band’s 2014 Amp show holds the record for most tickets sold for a Summerfest headliner (22,358), the next two years offered what have surely been the most anticipated and exciting performers in the Big Gig’s history. 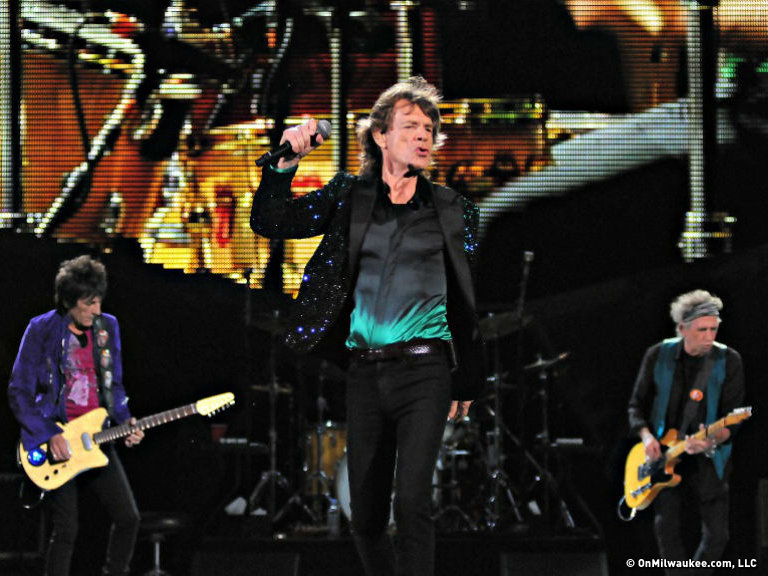 In 2015, The Rolling Stones rocked the Amphitheater and in 2016 Paul McCartney played to an adoring crowd.

That left Summerfest in the unenviable position of finding a way to top those shows for its big 50th anniversary celebration. But Smiley is undaunted. 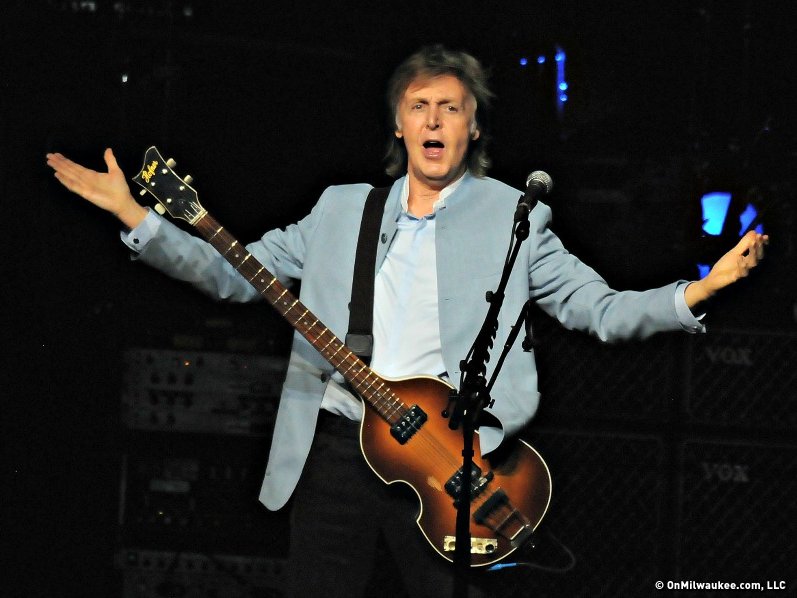 "How do you top it," he asks aloud. "There's plenty of big supergroups out there yet, and we'll get our chance at several of them over the years, but you know, to have a back to back deal like we did with the Rolling Stones and McCartney ...

"If you look at our lineup (for 2017), we're selling more tickets than we did last year as a whole, for all 11 days, which attests to a very balanced lineup. We have something for everyone, and tickets are really selling well. People ask us all the time about Adele, and they ask us about U2, they ask us about Taylor Swift, you know, Justin Timberlake. And you know, these are deals that we work on. But sometimes these deals, especially the mega-deals, they just take time."

As for time, it has flown by for Don Smiley, who can hardly believe he’s now been in the driver’s seat at Summerfest for 14 years. And he’s showing no signs of slowing down, either.

"I really don't think about (leaving). You know, as long as I feel good, which I do, and as long as I'm challenged, and I am, and as long as I enjoy the people I work with, which I do. I've had outstanding boards, to work with, board of directors, over my time, they really let me do my job. So all of that is just excellent, it's just a plus. I've met so many good friends here in Milwaukee."

Smiley’s commitment to the infrastructure of the Henry Maier Festival Park and how it affects the Summerfest patron’s experience remains a driver for him. 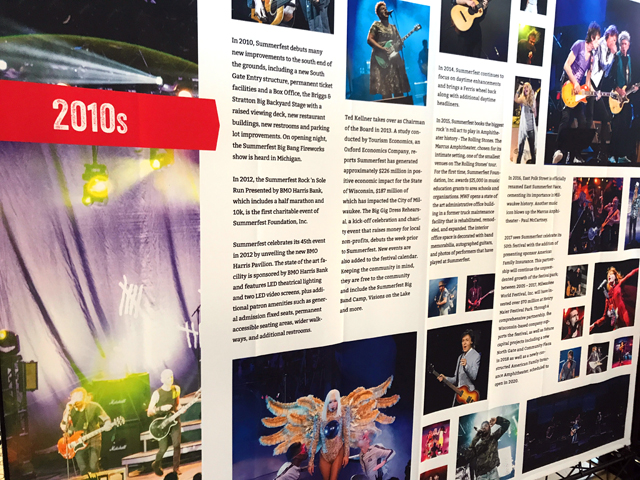 "We're going to be busy. Now we're going to open the Miller Lite Oasis, and after this festival season, we will demolish the U.S. Cellular stage and rebuild that entire footprint, and we'll open that stage for Summerfest 2018. After that stage is completed, then we will demolish the American Family Insurance Amphitheater in the fall of 2019, rebuild it over the winter and open it by Summerfest '20."

A new North Gate and plaza will also debut in 2018. In fact, since Smiley’s arrival, Milwaukee World Festival has invested more than $70 million in the Henry Maier Festival Park, including a new administrative building in 2015.

"We really have our plate full, I mean not only are we, you know, getting prepared to open for the 50th edition of Summerfest, we have, our plate is overflowing with things to do in '18, '19 and '20."